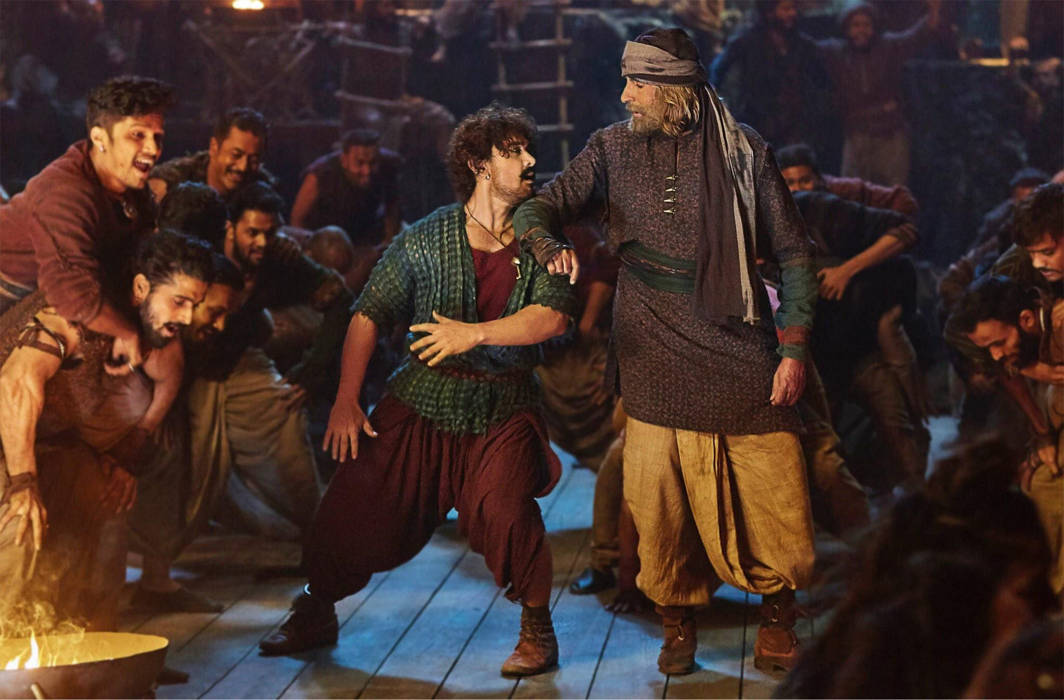 Mr. Perfectionist seems to have failed impressing his fans this time as movie critics and cine enthusiasts have judged the film to be boring and over dramatic. Despite the film’s strong star cast, the movie is not getting much positive response from the critics and the trolls are making memes over the movie posters and dialogues.

Trade analyst Girish Johar says the movie should around earn Rs 50 crore. “In all the languages, Tamil, Telugu and Hindi, Thugs of Hindostan will earn Rs 50 crore on the day of its release. And, if the content of the film also turns out to be decent, it will reach the Rs 100 crore mark within 2-3 days,” said Johar.

He also added Thugs of Hindostan has no competition, at least currently. “The factors that will work in favour of Thugs of Hindostan are, one, it is a big holiday release. Secondly, it is releasing on the biggest window available for a Bollywood film as there are no other releases scheduled around it and third, the film boasts of big names like Aamir, Amitabh, Katrina and Yash Raj Films,” he said.

But now the movie is getting negative response from the audience and the stardom of its cast is not working as it was expected to be. Aamir’s movies are said to be magical but this time the magic is missing.

Have a glance at the viewers’ remarks:

“Mighty disappointed after watching #ThugsofHindostan .Your weakest film since Mangal Pandey. While you tried hard to make Firangi entertaining & fairly succeeded, wish you had looked into the script which is below mediocre – a rarity in your films. Hope this is one off aberration,” a viewer says.

If one talks about the box office collection then the movie is still expected to do good business and end up with a handsome amount in the kitty.