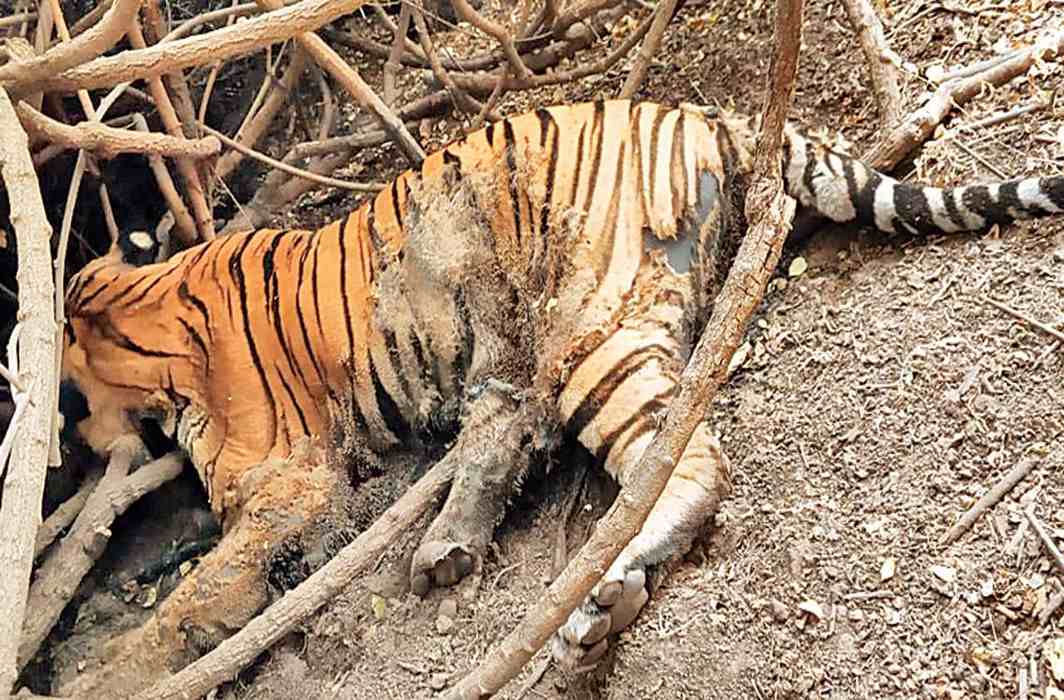 Nearly two weeks after a tiger was reportedly spotted in Mahisagar forest range, a tiger’s carcass was found at Kantar village in the area on Tuesday.

According to Forest officials, the tiger had died at least three to four days ago. They, however, did not confirm whether it was the same tiger that was captured by a teacher on his phone camera and later by camera traps in Mahisagar forest range.

The possibility that this tiger may be the same one spotted in camera traps is, however, high since there have been no tangible evidence of the presence of any other tiger in the area.

“We cannot confirm and say if it is the same tiger until and unless analysis has been done. But the possibilities are high that it is the one which we had captured in our camera traps,” said Chief Conservator of Forests, Vadodara range, SK Shrivastava.

Though the exact cause of death is yet to be ascertained, the Forest officials have completely ruled out the angle of poaching.

“Poaching can be ruled out completely since the teeth, nails and skin are intact and there is no sign of any external injury as well. Only after lab analysis can we know the exact cause of death, which can be a snake bite, or some illness he was suffering from or anything,” Shrivastava said. The autopsy and lab analysis will be conducted on Wednesday.

“The last it was captured on one of our camera traps was on February 16. Since the tiger has a wider territory, it is fine if it is not spotted within the next seven to ten days. But beyond that it becomes suspicious. We had not captured him after that so we had started keeping a tab again on the pug marks and tried to trace its presence but we found the carcass,” Shrivastava said.