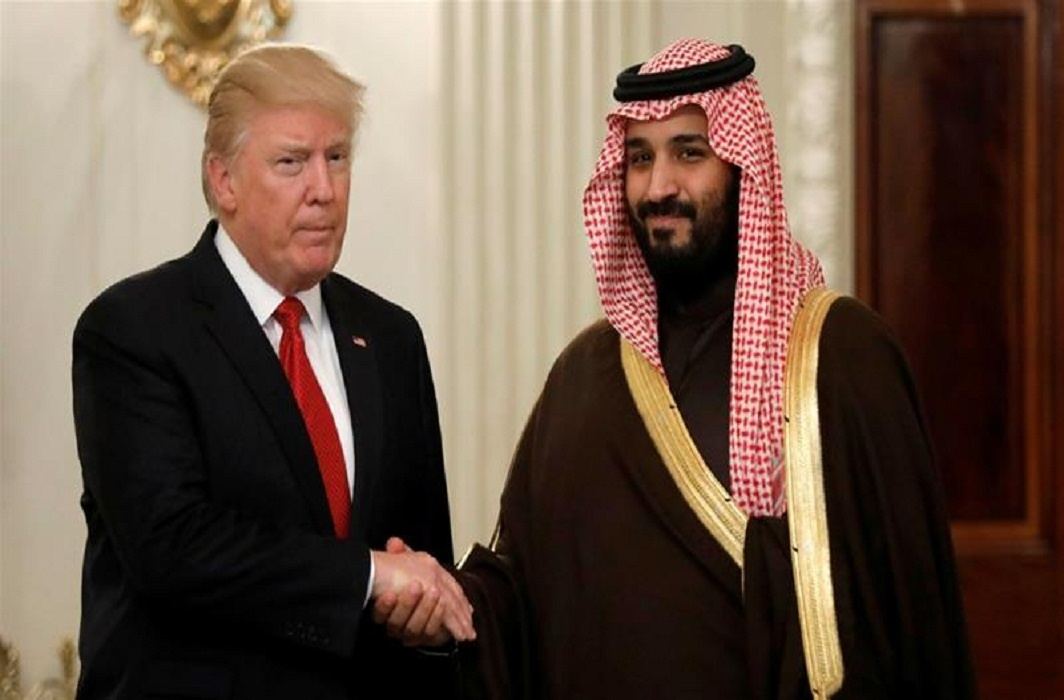 On May 21, Saudi Deputy Crown Prince Mohammad bin Sultan has organized a Muslim Jamboree for President Trump. He will thereby attempt to demonstrate that the entire Sunni world is under Saudi influence.

Trump should check a few facts himself. He should walk across to some of the leaders – Nawaz Sharif of Pakistan, for instance.

Sharif will say that he is of Sunni persuasion but he leads a country with various sects of Muslims, including a 20 percent Shia population.

Mohammad bin Sultan will have his ears cocked when he learns that Pakistan’s ex army Chief Gen. Raheel Sharif, who now heads the Saudi sponsored Islamic forces in Riyadh, has grown up on Pakistan army’s battle cry “Naaraye Haideri: Ya Ali, Ya Ali”. The very name of Ali, the Prophet’s son-in-law and the First Imam of the Shias, is anathema to the Wahabi creed.

Trump may find all of this instructive.

Many in Trumps entourage would have internalized a fallacy that the Saudis are the leaders of the world’s Sunnis. This is far from the truth. Yes, the Saudis are forging and leading an anti Iran front. Saudis are followers of an 18th century extremist Muslim reformer Abdel Wahab. This is quite distinct from leading the Sunnis. Abdul Wahab’s followers include people like Osama bin Laden, Al Qaeda and Takfiris for whom almost any other sect is an apostate.

When Mohammad Morsi was ousted from the Presidency of Egypt by the army strongman, Abdel Fatah al Sisi, King Abdullah of Saudi Arabia, rewarded Sisi with eight billion dollars (and more to follow).

Morsi represented the hard core, Muslim Brotherhood which is something of a nightmare for the Saudis. Thereby hangs a tale. Almost synchronizing with Islamic Revolution which brought the Ayatollahs to power in Iran, happened an even more dramatic event which traumatized Saudi society for years to come but which they pushed under the carpet. Indeed, reverberations from that event explain a great deal of Saudi nervousness to this day.

On November 26, 1979, Juhayman al-Otaybi, a Saudi religious activist and militant, a creature of the Muslim Brotherhood like formation, along with 400 men seized the Grand Mosque at Mecca to protest against the corruption and decadence of the Saudi Monarchy. The siege lasted two weeks. Pakistani, French and US Special Forces had to enter the mosque to flush out the militants. This led to a piquant situation. U.S. and French officers temporarily converted to Islam to be able to enter the great mosque. Trump will be amused by this story.

Far from leading the Sunni world, Saudis are mortally afraid of diverse Sunni schools, most specifically the Ikhwanul Muslimin or the Muslim Brotherhood, which has considerable grassroots support in countries like Egypt and Turkey and the Hamas in Gaza and numerous other societies.

By accentuating the Sunni-Shia divide the Saudis hope to redirect Sunni sentiment against Shiism and Iran. It wants the Shia-Sunni fault line to supersede the Wahabi-Sunni conflict. The Saudi monarchy’s yen for western razzle dazzle must be downplayed in opposition to austere, Sunni egalitarianism. It does not want the Otaybi phenomenon ever to resurface again. Opposition to Iran is strategic; fear of Otaybi visceral. Remember Wahabi Riyadh and Shia Iran were once twin pillars of western interests in West Asia when the Shah ruled Iran. The Shah never challenged the Saudi monarchy. The Ayatollahs, like the Muslim Brotherhood, consider monarchies unIslamic.

The recent skirmish across Iranian and Pakistani Baloch territories is an extension of Shia-Sunni conflict the Saudis are working overtime to expand. This has the potential of throwing the monkey wrench in the China-Pakistan economic corridor, a key element in China’s One Belt-One Road mega initiative. That ten Iranian soldiers were killed is a serious matter. The Iranian army chief’s warning against further Saudi provocation cannot be ignored. Unless the Saudis mend their ways, “Mecca and Medina are the only cities that will survive” should an Iranian retaliation become necessary? Tehran seldom speaks in such intemperate tones. Saudi Defense Minister (he is the virtual ruler) Mohammad bin Sultan, claiming ownership of a Pakistani cross border military action is also extraordinary. Whether this displays Saudi design or desperation only time will tell. But what a pathetic mercenary role Pakistan is being assigned in this exchange? If it does not flinch from this game it will get burnt again. Pakistan set up hundreds of Madrasas as hatcheries to help American defeat the Soviets and assist Saudis to nurture Wahabized Mujahideen as a bulwark against Iran. Then in October 2001, US began air strikes in Afghanistan. Gen. Musharraf was forced to join the War against exactly the assets Pakistan had helped nurture. Pakistan is still paying a heavy price. The blow back from that “betrayal” continues.

The difficulty with the Shia-Sunni divide, the Saudis (and Israelis) are trying to delineate, cannot be gauged arithmetically.

When an aggressively communistic offshoot of the Ismaili Shias, the Qarmatians, ruled vast territories from Yemen, Southern Iraq (Kufa), Syria, Bahrain for over a 150 years, beginning in 899 CE, they left behind a culture, traces of which can still be found in, say, Bahrain, a unique country where 70 percent of its Shia population is treated as the opposition by the Sunni rulers. Trump should know that the Bin Khalifas ruling Bahrain have minimal loyalty among the population. Likewise, Mansur Hadi who lives largely in Riyadh under Saudi protection but claims to be the President of Yemen, has a huge question mark on his legitimacy.

Fatimids, a sect of Shias ruled a vast empire in North Africa from Tunisia. They founded Cairo in 969 AD. A common saying in Cairo to this day is: “Suuna bil Deen; Shia bil Hawa”, which means Sunni by belief but Shia by culture. Indeed, their rule extended to Sicily. Palermo, Sicily’s capital, was once witness to Moharram processions.

A bequest from the Begums of Oudh (Lucknow) since the 19th century financed scholars in Najaf and Karbala which the Indian government discontinued only when Saddam Hussain came into conflict with Shias in Southern Iraq. The Shia expanse cannot be minimized even by the propaganda machine at Saudi disposal. This Trump should note.