The Indian team will be competing with Argentina in the semi-final. 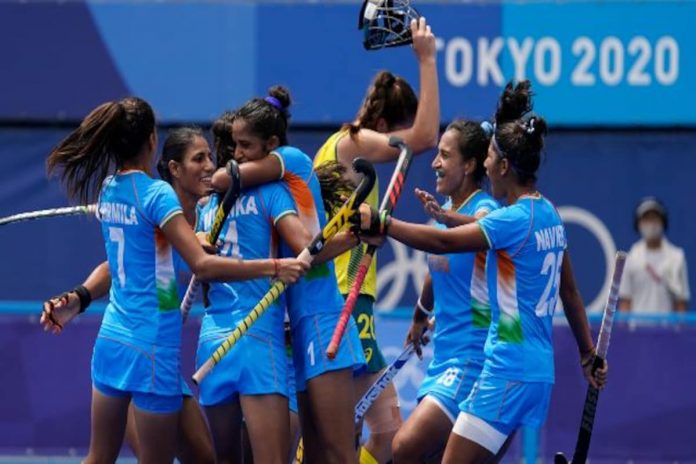 It seems to be a good start to the week for India as the Indian women’s hockey team entered its maiden Olympics semifinal. India beat the star-studded Australian team by 1-0 and created history by entering into the semis now.

It was a tough game for India but women somehow managed to steal a goal and guarded their post well to turn the match into a historic win.

The Indian team will be competing with Argentina in the semi-final.

The last two days are turning out to be in the favour of India at Olympics as first Kamlpreet Kaur secured her place in the discus throw final by recording the second-longest throw at this year’s Olympics. And lately after facing defeat in the semis, India’s star PV Sindhu bagged the bronze medal for India by defeating He Bingjiao of China in two straight sets, 21-13 21-15.

Meanwhile, boys have also impressed as the Indian men hockey team has also won their quarter-final and defeated great Britain by 3-1. They will be taking on the world champion Belgium side in their semi-final match tomorrow. Belgium also entered the semis with the same score of 3-1 by defeating Spain.

After the era of Major Dhyanchand, Indians were not able to continue ruling this game of hockey and have rather been considered as underdogs over the years. But it seems to be a year of hopes for India in hockey at the Olympics.

Meanwhile, India will be eyeing a maiden medal in discus today as new start Kamalpreet Kaur will be giving her all at the final of discus throw today later in the evening.

In other India news, the Indian researchers have predicted that the country is likely to experience a surge in Covid-19 cases