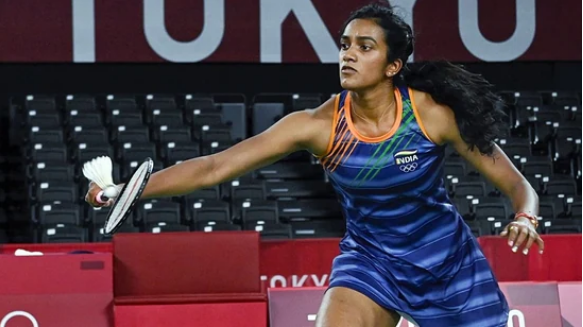 India’s big gold hope in badminton came to a smashing halt on Saturday with P.V. Sindhu losing the women’s singles semifinal match against Chinese Taipei’s T.Y. Tai on Saturday. The 26-year-old Indian shuttler could not pose a challenge to the Taiwanese shuttler. Tai beat Sindhu 21-18, 21-12 in two straight games. Sindhu had entered the semis by defeating Akane Yamaguchi of Japan by 21-13, 22-20.

The other hope is Punjab’s Kamalpreet Kaur who has entered the final of discus throw and became only the second Indian woman to feature in a discus final.

On the other hand, the poor display had more new entries with archer Atanu Das and boxer Amit Panghal crashing out of the Games. The significant failure of the shooting contingent continued to befuddle fans and administrators alike. Tejaswini Sawant and Anjum Moudgil failed to qualify for the women’s 50m Rifle 3 Positions, and weren’t able to make it to the top eight of the tournament.

The Indian women’s hockey team has managed to survive the pool stage and kept their hopes alive by defeating South Africa by 4-3 in an action-packed thriller of a match on Saturday.

India is currently 53rd on the medal tally with just a silver medal under its belt in spite of sending 128 athletes to the event. China is leading the table with Japan and the United States following it.