Home Latest india news TR Zeliang sworn in as the new CM of Nagaland, to prove... 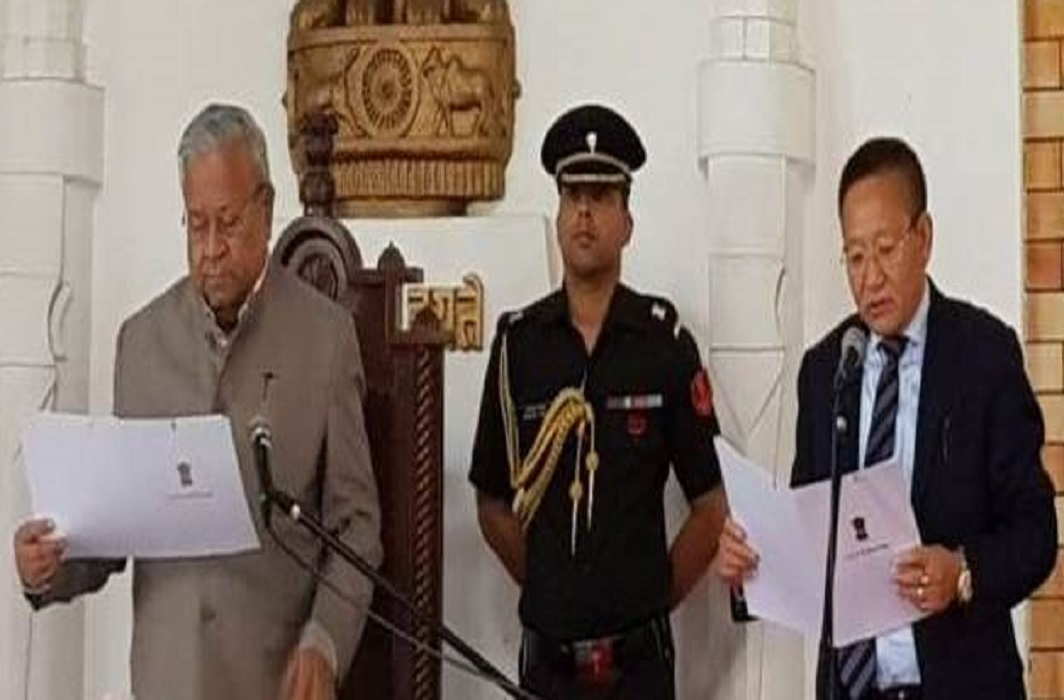 TR Zeliang was today sworn in as the new Chief Minister of Nagaland at Darbar Hall, Raj Bhavan in Kohima. Governor PB Acharya administered oath to Zeliang after Shurhozelie Liezietsu and his supporters failed to turn up in the Assembly to take a floor test.

The governor has asked Zeliang, who had staked claim to form a new government, to prove his majority on the floor of the house on or before July 22.

In his report submitted to the governor, Speaker Imtiwapang Aier stated that former CM Liezietsu was not present in the special emergent session of the house on Wednesday morning to “avail the opportunity granted by the Hon’ble Governor to prove his majority in the house.”

Speaker Aier, adjourned the house sine die, after the motion to prove the majority of the former chief minister Liezietsu could not be taken up as he was not present.

Earlier, on July 11 and 13, the governor issued directives to Liezietsu to seek a vote of confidence on or before July 15.

TR Zeliang, the leader of rebel NPF MLAs, was present in the house with his supporters, 35 NPF legislators, four BJP legislators and seven Independent members.

Zeliang had stepped down in February this year following the widespread violence after several groups opposed the government’s announcement of 33 per cent reservation of seats for women in civic body elections.

Zeliang and his followers had accused Liezietsu of nepotism, favouritism and failure to govern the state. Liezetsu will now contest a by-election on July 29 from the North Angami-I constituency.