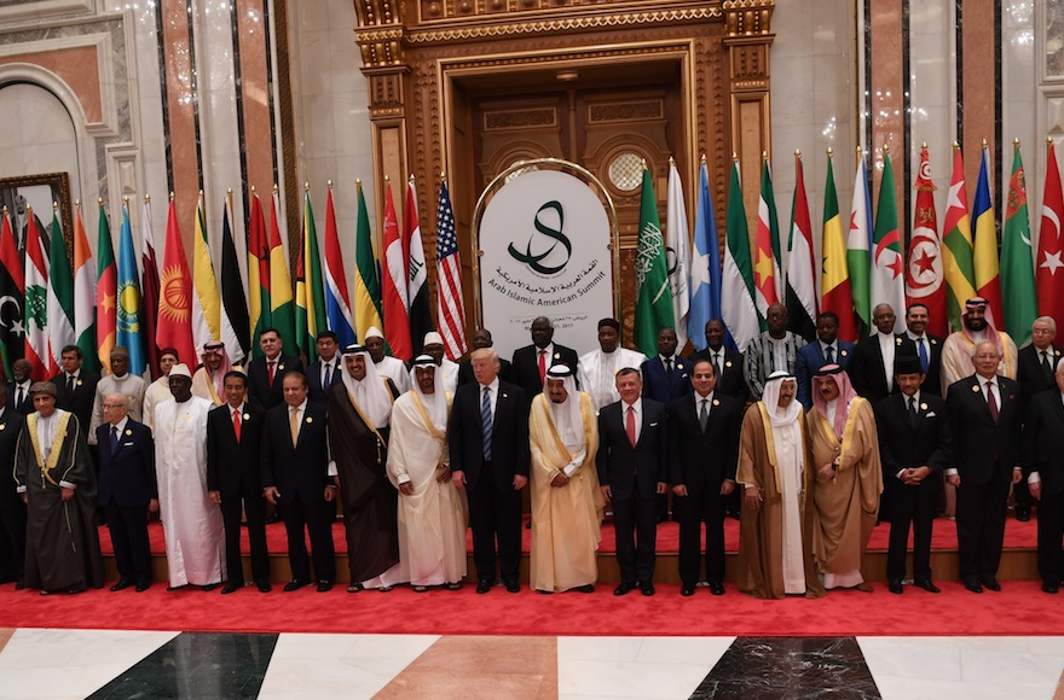 US President Donald Trump has reportedly indicated recently that the wealthy monarchs in the Middle East wouldn’t last two weeks if US withdraw from the region.

According to CNN report about a meeting Trump held with his administration officials regarding US forces in Syria on Tuesday, President has boasted to friends that once the US withdraws from the region, the wealthy monarchs of those nations will need to forgo their private jumbo jets and extravagant lifestyles.

Iranian media covered Trump’s views about Arab monarchs on Friday evening. Some of the observers participating in the debate on the subject said that Trump was expressing the truth about the reality that monarchs in the region do not enjoy people’s support.

Reports say that Trump grew irritated with his top military brass and national security team when they advised him an immediate withdrawal of US troops from Syria would be unwise and could not provide a timeline for when American forces could exit.

Trump complained at length about the amount of American money being spent in the region, which he said had produced nothing for the US in return, according to senior administration officials.

A person familiar with Tuesday’s meeting quoted Trump saying to one of the Gulf monarchs, “Without us you wouldn’t last two weeks. You’d be overrun. And you’d have to fly commercial.”

The report said “That’s a sentiment Trump has emphasized in private, going after Gulf nations such as Saudi Arabia and the United Arab Emirates for not providing sufficient resources to battle ISIS.”

Most of the monarchs in the region enjoy travelling by private aircraft. He was saying if US withdraws from the region the monarchs will be forced to travel by ordinary passenger flights. Saudi Arabia’s powerful Crown Prince Mohammed Bin Salman, also known as MBS, is currently visiting US for a three-week visit.

US President Donald Trump has expressed optimism that the Gulf nations would provide more money for stabilization efforts in Syria — including up to $4 billion from Saudi Arabia — though officials who attended the session said they weren’t clear what the basis for Trump’s confidence was.

Recently, Trump had announced for “very early” withdrawal of US forces from Syria. Saudi Arabia’s Crown Prince was quick to respond to Trump’s announcement asking US to keep forces in Syria for protecting the region from Iranian growing influence.

The  person familiar with meeting said attendees left “beside themselves” about how a hasty withdrawal and cutting of funds for recovery projects like restoring water and power and rebuilding roads could affect the future of Syria, and make it more likely that ISIS could return to prominence.

The official said, “It is a huge gamble that ISIS is not going to come back and that we are going to rely on others to stabilize Syria. The President blasted Obama for a timeline in Iraq, but that is in essence what we have been given.”

The White House said in a statement on Wednesday it remains committed to battling Daesh (IS), a sign that Trump’s desire to withdraw troops won’t happen in the near-term. But Trump has told his advisers that remaining elements of ISIS in Syria should be defeated quickly so American troops can return home.

He’s also continually returned to what he views as insufficient support from US allies in the region. Sanders said Wednesday that Trump was insistent “our allies and partners in the region, who have a lot more at risk, to put more skin in the game.”

Trump met last month with Saudi Crown Prince Mohammed bin Salman, the country’s de facto leader in White House and happily described the huge defence deals between the two countries. Later he spoke by phone this week with the Saudi king Salman bin Abdul Aziz and the Emir of Qatar Tamim bin Hamad Al-Thani and discussed, among other issues, the developments in Syria. issue arose, according to the White House.

The incoming national security adviser John Bolton didn’t participate in Tuesday’s session at the White House. Trump has told confidants that he believes Bolton “has his back” on the Syria matter. It’s not clear where Bolton stands on the issue, however, though he has favoured actions that thwart Iran’s influence in the region. Bolton hasn’t talked about Syria since accepting the position last month.