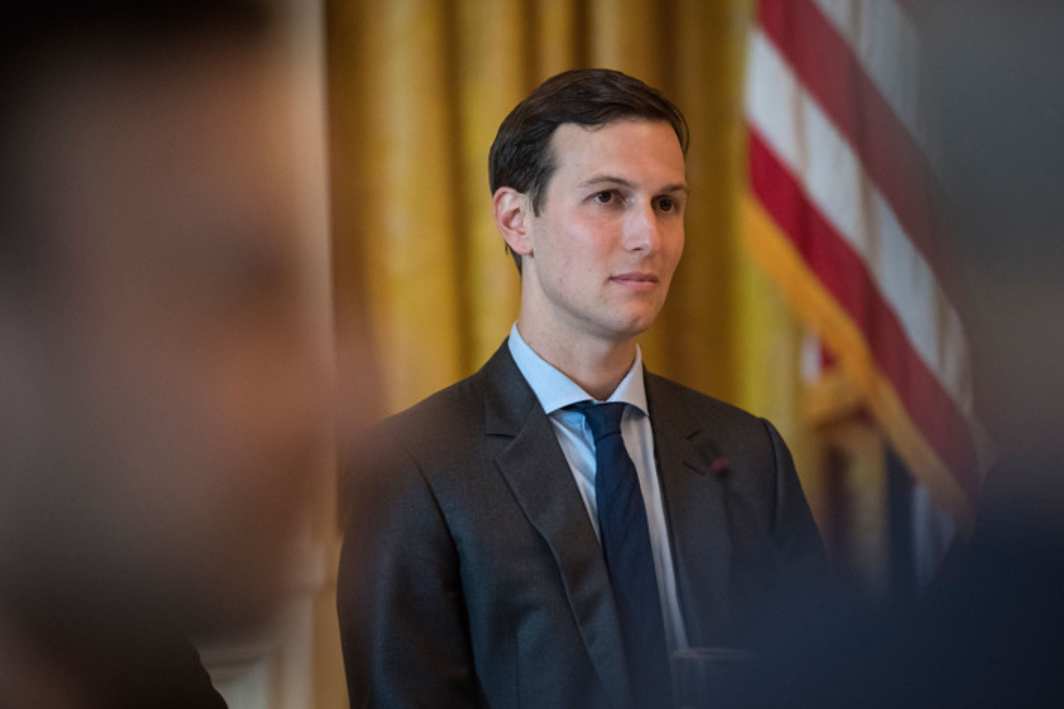 Here is another shocker for the business tycoon-turned-President Donald Trump. At a time when relations between his campaign team and Russian establishment are being investigated, Donald Trump is now witnessing another crisis because of his son-in-law Jared Kushner.  It is revealed that recent Qatar’s crisis erupted after Kushner had failed to get investment of 500 million dollars from Qatar’s former Prime Minister Sheikh Hamad bin Abdullah Al-Thani for a landmark property at Manhattan, New York.

The Intercept on Monday revealed the story which was carried by New York Times and other publications. It says that not much before a major crisis ripped through the Middle East, pitting the US and a block of gulf countries against Qatar, Jared Kushner’s real estate company unsuccessfully sought a critical half billion dollar investment from one of the richest and most influential men in the tiny nation (Qatar). Intercept confirmed the story from three different sources before putting it out.

It did not reveal the exact date as to whether it happened just days before the fake news appeared on Qatari News Agency website. It quoted Emir Sheikh Tamim bin Hamad Al-Thani praising Iran and Israel and criticized President Trump.  The government of Qatar releases a statement saying QNA had been hacked, and that the statement by Al-thani was not authentic.

Qatar is currently facing worst diplomatic pressure after Saudi Arabia, UAE, Bahrain and Egypt severed their ties with Doha on July 5. The air and road links, business transactions and all other possible contacts were now completely closed. The report further says that Kushner has reportedly played a key behind-the-scene role in hardening the US posture toward the embattled nation.

On June 6 Donald Trump supported Saudi Arabia led group of countries’ move against Qatar. In a series of tweets he justified the move:

During my recent trip to the Middle East I stated that there can no longer be funding of Radical Ideology. Leaders pointed to Qatar – look!

So good to see the Saudi Arabia visit with the King and 50 countries already paying off. They said they would take a hard line on funding…

…extremism, and all reference was pointing to Qatar. Perhaps this will be the beginning of the end to the horror of terrorism!

New York Times reports that, Kushner- a real estate developer like his father- in-law purchased a tower at 666 fifth avenue in New York for 1.8 billion dollars some years ago, but the building failed to generate enough money to cover its debts. More than a quarter of the office space in the building has remained vacant for several years, causing huge losses to Kushner Companies.

In 2015, when Trump was launching his presidential campaign, Kushner and his father Charles Kushner targeted Qatari billionaire Sheikh Hamad bin Abdullah Al Thani (known as HBJ in the business circle) as a potential investor to save the property. HBJ was the Prime Minister of his country during 2007 to 2013. The Intercept says Al-Thani finally agreed to invest 500 million dollars on the condition that Kushner Companies generate the rest of the money for the project on its own.

As recent as March 2017, Kushner Companies reached out to Chinese insurance company Anbang for help. The company agreed to provide a 4-billion dollars loan to develop the property. However, weeks later the company pulled out of the deal.

Following Chinese company’s withdrawal, Qatar’s former PM Al-Thani also withdrew from its commitment as Kushner Companies could not secure the rest of the money. According to Intercept, shortly after al-Thani’s withdrawal, America’s regional allies including Saudi Arabia, UAE, Bahrain and Egypt severed ties with Qatar accusing it of supporting terrorism.

It would be interesting to know that Trump’s son-in-law Jared Kushner negotiated a massive weapons deal with Saudi Arabia and American weapons manufacture Lockheed Martin which was signed during President’s visit to the Kingdom.

Meanwhile, Saudi Arabia, Bahrain, Egypt and UAE, in a joint statement issued on Tuesday, warned that Qatari siege will not end unless Doha meets all its demands.

The thirteen point demands were turned down by Qatar recently. The Saudi led block of countries demanded closure of Al-Jazeera News Network, shutting down of Turkish army base in the territory, severing ties with their arch rival Iran. They also asked Qatar to align its policies with other GCC countries and stop alleged funding and supporting Muslim Brotherhood in Egypt and Hamas in Palestine.

Qatar, while turning down their demands, denied compromising their sovereignty. However, it kept doors open for diplomatic efforts to resolve the crisis.