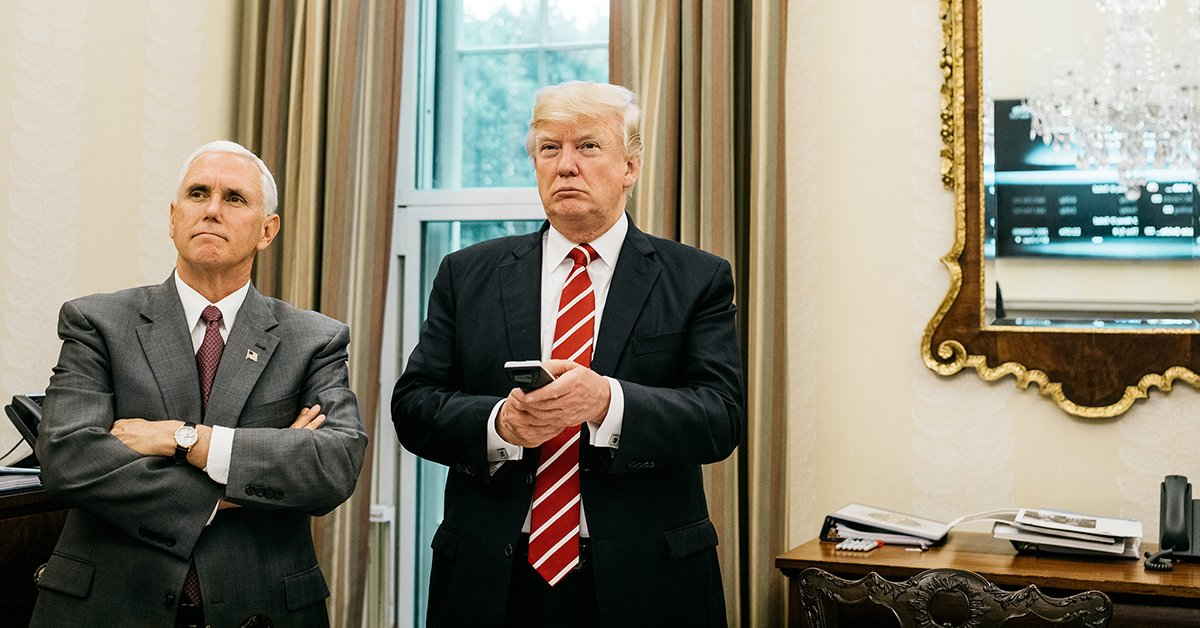 It was also announced that another Trump’s advisor, George Papadopoulos has already pleaded guilty of lying to the Federal Bureau of Investigation (FBI) agents in early October.

Trump was reportedly “seething” the developments unfolding on a large TV screen at his private residence. He has shown signs of frustration while reacting to the situation. He called his top legal advisors who convinced the president that the charges against Manafort bore only the loosest connections to the campaign.

CNN reports that indictments of his campaign aides were not a surprise for President Trump. He has long assumed that members of his campaign would be swept up in Mueller’s probe. Moreover, the revelation about George Papadopoulos pleading guilty has stirred more unease among Trump’s allies.

In a sudden response to the latest developments President Donald Trump denied Manafort’s role in a tweet.

Sorry, but this is years ago, before Paul Manafort was part of the Trump campaign. But why aren't Crooked Hillary & the Dems the focus?????

The CNN further reports that President’s attempt to change the subject was complicated by the highly detailed indictments describing Manafort as a well-compensated broker of pro-Russian interests. It was further complicated by the third advisor  who pleading guiltyof having repeated contacts with officials close to Kremlin.

Paul Manafort and Rick Gates pleaded not guilty to the charges in a 12-count indictment. They were charged with allegations of money laundering to acting as unregistered agents of Ukrain’s former pro-Russian government.

US intelligence agencies say that Moscow interfered in the election by hacking and releasing embarrassing emails and disseminating propaganda to create adverse situation against Democratic presidential candidate Hillary Clinton.

Russia denies any involvement in the election campaign while President Donald Trump denies the collusion.

However, the indictment against Manafort and Gates does not mention about Trump or his campaign, but the charges were related to Manafort’s work for Ukraine. It also includes accusation of conspiracy against US, failure to report foreign bank accounts to the US government and conspiracy to launder money, which carries a 20 year maximum prison sentence.

Meanwhile white House spokesperson Sarah Sanders has said that the indictment had nothing to do with Trump or his campaign and showed no evidence of Russia’s collusion.

She was quoted saying, “We’ve been saying from Day One there’s no evidence of Trump-Russia collusion, and nothing in the indictment today changes that at all.” Manafort’s lawyer has also denied of any evidence of campaign collusion.

However, Papadopoulos, a former campaign advisor has pleaded guilty earlier this month of making false statements to the FBI agents about the timing of contact between him and a London based professor who had claimed of possessing information which could be used against Hillary Clinton.

White House spokeswoman Sanders has chosen to clarify by saying that Papadopoulos’s role in the election campaign was “extremely limited” and he was a volunteer. “He asked to do things (and) he was basically pushed back or not responded to in any way,” she said.

Manafort ran the Trump campaign from June to August 2016 before resigning amid reports of allegedly receiving millions of dollars from a pro-Russian political party in Ukraine.