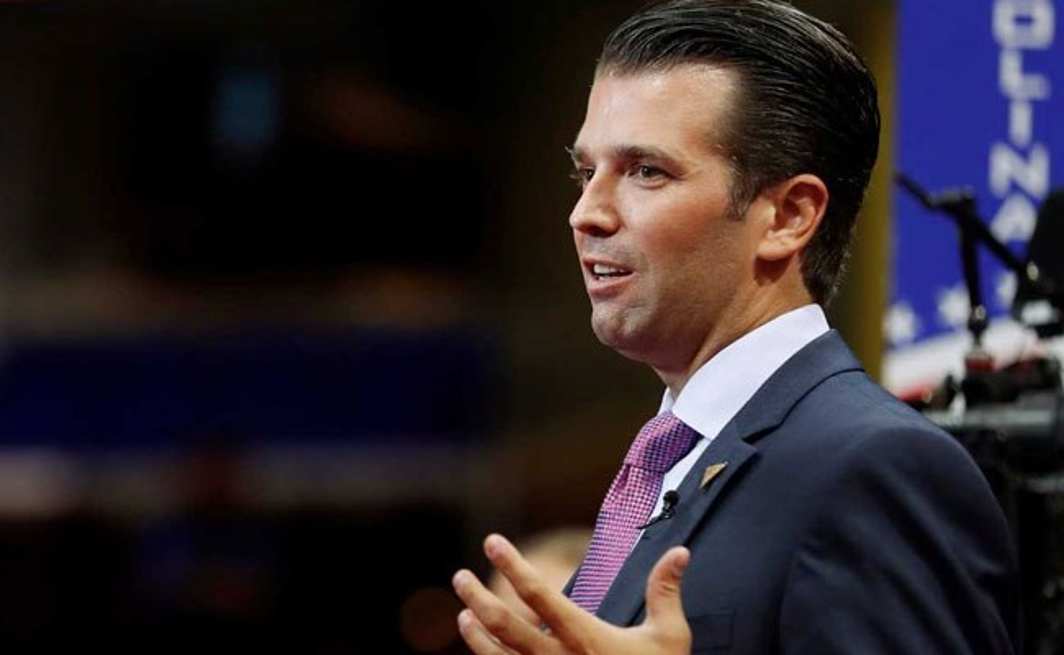 The ever-worsening revelations about Donald Trump Jr’s emails before meeting Russian lawyer Natalia Veselnitskaya in June 2016 have created an unprecedented situation in the White House. It is being described as “chaos” and a “category 5 hurricane” by American analysts.

According to the Washington Post, the disclosures have set back the administration’s already faltering agenda and rattled the senior leadership team. Trump Jr met with the Russian attorney, believing he would receive incriminating information about Hillary Clinton as part of the Kremlin’s effort to boost his father’s candidacy.

The daily says that even Trump Jr. has acknowledged that the revelation is a public relations disaster for him as well as the White House. Without naming sources, the Post further says that one outside ally called it a “Category 5 hurricane” while an outside adviser said that connections between the Trump team and Russians resembled the plot of Netflix series House of Cards.

President Donald Trump’s number two, Vice President Mike Pence, has also been trying to distance himself from the ongoing controversy. His spokesman has noted that Trump Jr’s meeting took place before Pence joined the ticket.

On July 8, the New York Times had, quoting confidential records, reported that two weeks after Trump clinched the Republican presidential nomination last year, his eldest son arranged a meeting at Trump Tower in Manhattan with a Russian lawyer who has connections to the Kremlin. The meeting was also attended by Trump’s campaign chairman at the time, Paul J Manafort, as well as the President’s son-in-law, Jared Kushner, the NYT reported.

The milieu in the White House has been marred by “infighting” and during the last three days after the revelations, there has been a new round of accusations and recriminations. Advisers have been speculating as to who inside the White House may be leaking damaging information about the President’s son.

Quoting two senior officials in the White House, without naming them, the Post says that First Lady Melania Trump, daughter Ivanka Trump and husband Kushner have been pressuring President Trump to shake up his team – most specifically White House Chief of Staff Reince Priebus. They are concerned about the steady stream of unauthorised leaks to journalists that have plagued the administration over the nearly six months that Trump has been in office.

However, Lindsay Walteers, a deputy White House press secretary, disputes this. He said: “These sources have been consistently wrong about Reince, and they are still wrong today.” The President had also publicly praised Priebus’ work ethic. Defenders of Priebus also expect him to complete a year in office. Trump is also said to be hesitant to fire him or any other senior staffer amid the escalating Russia investigation led by special counsel Robert S Mueller III.

Meanwhile, President Trump has been hidden from public view since returning from the G-20 summit at Hamburg, Germany, where the US was isolated on climate-related issues. The other 19 countries, including India, were together in defending the Paris Climate Agreement. Trump has had no public events since returning Saturday night from Germany.

In one of its comments on the fast-moving developments, CNN said: “Donald Trump Jr’s shocking move is more than another lurch in the storyline of alleged election interference that has utterly consumed American politics.”

President Trump, in his last tweet before going to sleep on Tuesday, informed his followers about his son’s interview. He has 33.7 million followers worldwide.

My son, Donald, will be interviewed by @seanhannity tonight at 10:00 P.M. He is a great person who loves our country!

However, one of his followers responded to Trump with a sharp question about his son’s integrity with either US or Russia.

Just for clarification ... when you say your son "loves our country" ... are you talking about the US or Russia?