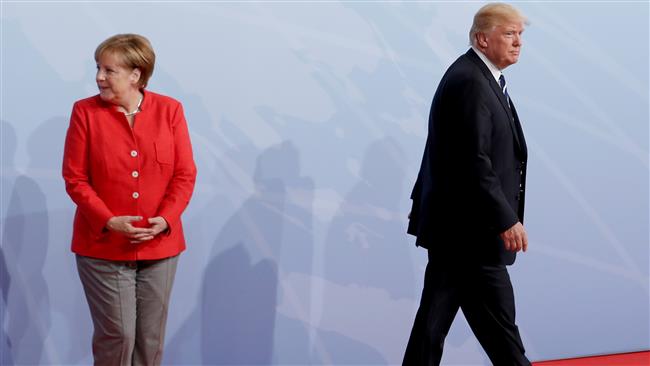 The world leaders participating in the ongoing G-20 Summit at Hamburg, Germany, have been currently facing a difficult situation in bringing a communiqué having US consent.  President Donald Trump’s negotiators were holding up the document from the Summit because of a disagreement about climate change.

According to EU sources quoted by London based Independent, negotiators from the Group of 20 economies have agreed on the outlines of the document, but it is being held up because of the US insistence that there be a reference to fossil fuels. The official said, “The outcome is good. We have a communiqué, there is just one outstanding issue on climate.”

Recently, President Trump had announced pull out of the Paris Climate Agreement on global warming. He said that the climate agreement “would undermine our economy, hamstring our workers, weaken our sovereignty… and put us at a permanent disadvantage to the other countries of the world.”

Trump called India and China as “the world’s leading polluters” at the cost of US interests. He said that India would get billions of dollars for meeting its commitment under the Paris Agreement and it, along with China, would double its coal-fired power plants in the years to come, gaining financial advantage over the US.

Meanwhile, Press TV, an Iranian network, reports that US under President Donald Trump was isolated on everything from trade to climate change during this year’s G-20 Summit in Hamburg. During Friday’s meeting, there were tough clashes with the US and even talk of possible transatlantic trade war. The tensions were a result of Trump’s sharp break with the previous US policies, it said.

Press TV observed that for years US was the dominant force and set the agenda at the annual gathering of the leaders of the world’s twenty largest economies. But the growing isolation of Washington was clearly apparent Friday as the leaders of major world economies mounted a nearly united front against the US on a range of issues, including climate, trade, security and migrant policies.