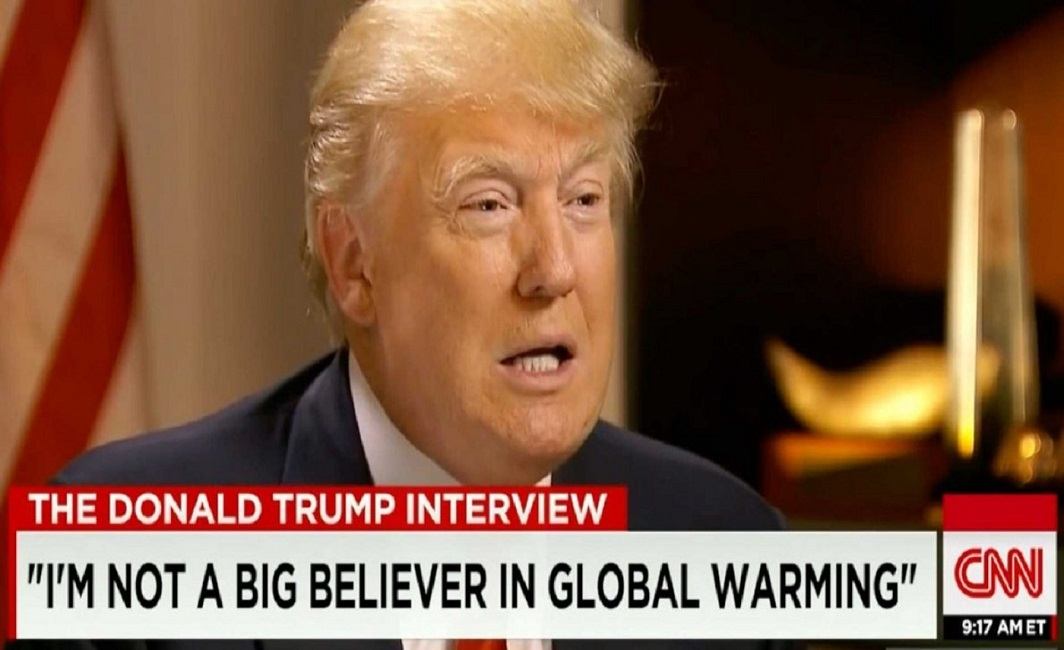 US President Donald Trump is set to withdraw the United States from the Paris Climate Accord. A White House official revealed that Trump is expected to withdraw from the accord reached after years of negotiations during the previous Barack Obama administration.

President Trump tweeted on Thursday morning “I will be announcing my decision on Paris Accord, Thursday at 3:00 P.M. The White House Rose Garden. MAKE AMERICA GREAT AGAIN!”

I will be announcing my decision on Paris Accord, Thursday at 3:00 P.M. The White House Rose Garden. MAKE AMERICA GREAT AGAIN!

Trump has time and again expressed reservations about climate change, calling it a hoax to weaken US industry.

Trump recently discussed climate change with Scott Pruitt, the administrator of the Environment Protection Agency, who has questioned the consensus of the climate scientists that earth is warming due to man-made emissions.

The US is considered to be the second largest emitter of carbon, second only to China. Beijing has recently cancelled construction of about 100 coal-fired power plants and is investing billions in massive wind and solar energy projects. It has reaffirmed commitment to meet the target of reducing emissions under Paris Accord.

During the election campaign in 2016, Donald Trump vowed to cancel the Paris Accord within hundred days of becoming President to bolster oil and coal industry in the country.

Meanwhile, Elon Musk, the CEO of Tesla, an American electric car maker, energy storage company and solar manufacturer, has threatened to stop advising President Trump if the White House withdrew the US from the Paris climate accord.

What will you do if he makes the decision to leave?

Musk is on Trump’s manufacturing jobs council, his strategic and policy forum and his infrastructure council.