Home Latest world news Trump on North Korea: Something has to be done 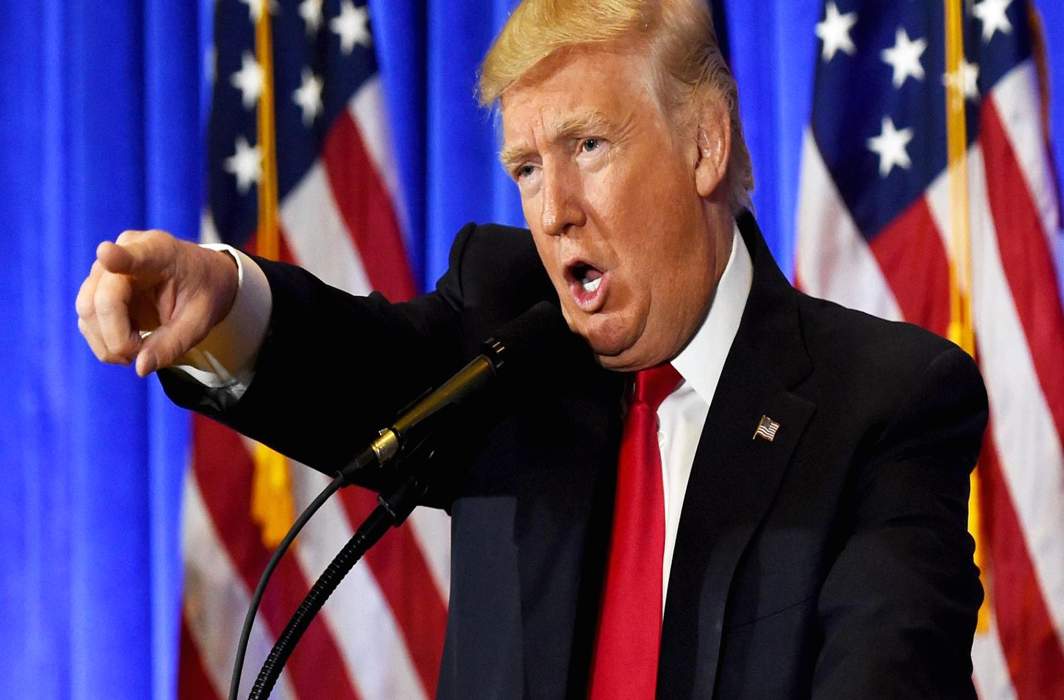 Continuing his barbs on defiant North Korea, US President Donald Trump has reiterated his different approach on North Korea’s recent missile and nuclear tests and said that the problem has reached a point where something has to be done.

He was speaking at joint media appearance at White House with visiting Canadian Prime Minister Justine Trudeau on Wednesday. He also criticised “fake news” organizations and questioned if their licences could be challenged.

While commenting on North Korea Trump said, “I think I might have a somewhat different attitude and a different way than other people. I think perhaps I feel stronger and tougher on that subject than other people, but I listen to everybody.”

North Korea, since February this year, has fired 22 missiles, including two across Japan, during 15 tests, drawing a sharp criticism and threats of “fire and fury” and “total destruction” from the US and its allies.

Trump used another occasion to speak on the issue on Wednesday evening. He told Fox News at night that the world has reached a situation on North Korea where something has to be done.

US President Donald Trump further said “It should have been handled by numerous — not just (former US president Barack) Obama, but certainly president Obama should have taken care of it. Now it is at a point where it is very, very far advanced. Something has to be done. We can not allow this to happen.”

During his earlier days in White House, Donald Trump said he would be “honoured” to meet with Kim Jong Un but later he called North Korean leader as “a madman” and “smart cookie”. On a different occasion, Trump warned Pongyang that it will face “fire and fury like the world has never seen.”

With all of the Fake News coming out of NBC and the Networks, at what point is it appropriate to challenge their License? Bad for country!

He also denied NBC’s earlier report about his desire to increate country’s nuclear weapons by ten-fold.

Fake @NBCNews made up a story that I wanted a "tenfold" increase in our U.S. nuclear arsenal. Pure fiction, made up to demean. NBC = CNN!

However, Gordon Smith, the chief executive of the National Association of Broadcasters has opposed Trump’s move. In a statement issued on Wednesday, he said, “It is contrary to this fundamental right for any government official to threaten the revocation of an FCC license simply because of a disagreement with the reporting of a journalist.”

Recently NBC has reported on the simmering tension between Trump and Secretary of State Rex Tillereon and his “moron” comment. The network had also reported about President seeking a dramatic increase in the US nuclear weapons ten-folds during a meeting with his national security advisors in July.