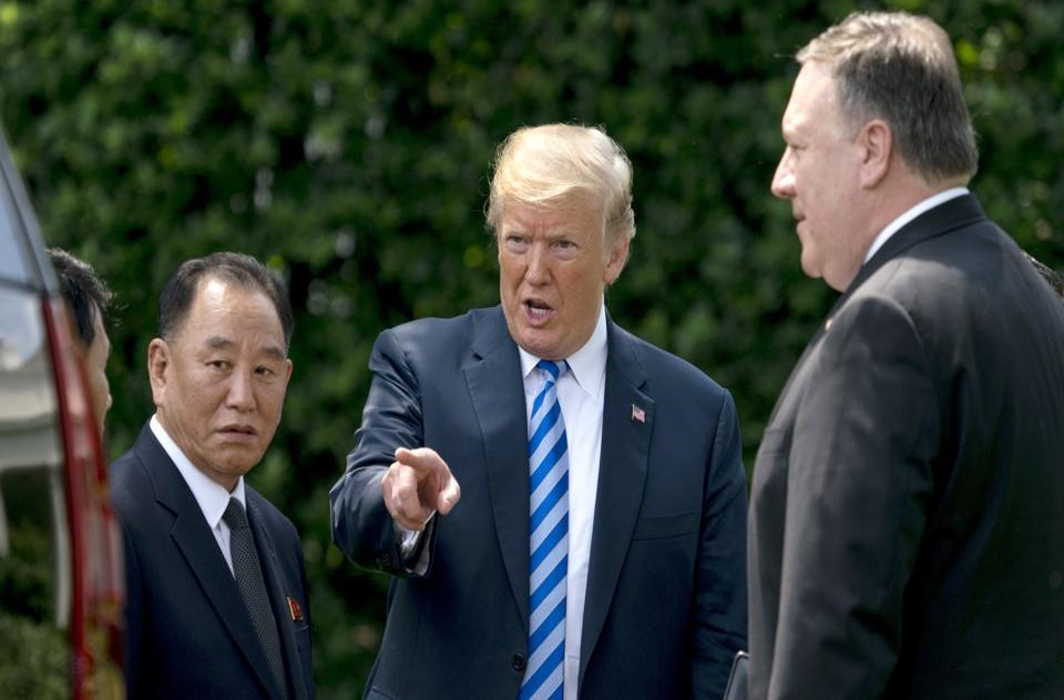 Trump welcomed Kim Yong Chol, the right hand man of North Korean leader Kim Jong-un in the White House. Chol delivered a letter from Kim Jong-un to Donald Trump, to what he said did not open yet. Trump was seen exchanging smiles and shaking hands, patting his arm in a friendly gesture.

After meeting Kim Yong Chol for 90 minutes Trump said, “Good meeting today. I think it’s a great start.” Chol became the first North Korean official to visit the White House in 18 years and who the U.S. president called “the second most powerful man in North Korea.”

While expecting “very positive result” with North Korea, Trump  also dampened expectations for a breakthrough in Singapore. “We’re not going to go in and sign something on June 12th, and we never were. We’re going to start a process. And I told them today, ‘Take your time, we can go fast, we can go slowly,’ but I think they’d like to see something happen.”

According to Reuters, Trump said it could take several meetings to reach an agreement, but he was convinced that Kim Jong Un was committed to denuclearization. “He’d like to see it happen,” Trump said.

Trump backed away from the words “maximum pressure” that his administration had used to describe its approach to North Korea, combining the toughest-ever U.S. and international economic sanctions with diplomatic actions and the Republican president’s military threats and preparations.

“We’re getting along, so it’s not a question of maximum pressure,” Trump said. “At some point, hopefully … for the good of millions of people, a deal will be worked out.”  Trump said that the summit may lead to an agreement formally ending the 1950-53 Korean War, which was concluded only with a truce, not a peace treaty.

While asked if a document ending the war was being prepared, Trump said, “We are going to discuss it prior to the meeting. That’s something that could come out of the meeting.”

Meanwhile South Korea’s presidential office has said on Saturday that the path to the North Korea-U.S. summit had become “broader and firmer,” and it watch the historic meeting in Singapore.

However, in a related development, Japan’s defense minister, Itsunori Onodera, said it was important not to reward North Korea for only agreeing to talks. He was addressing a security conference in Singapore. He said that the only way to bring peace was to ensure North Korea take concrete action to end all nuclear programs and ballistic missiles of all ranges.

Prior to North Korean envoy’s visit to US, Secretary of State Mike Pompeo, the former CIA head, made two visits to Pyongyang resulting into the release of three US citizens released from North Korean prisons. They were allegedly involved in discrete operations including spying and subversion activities.