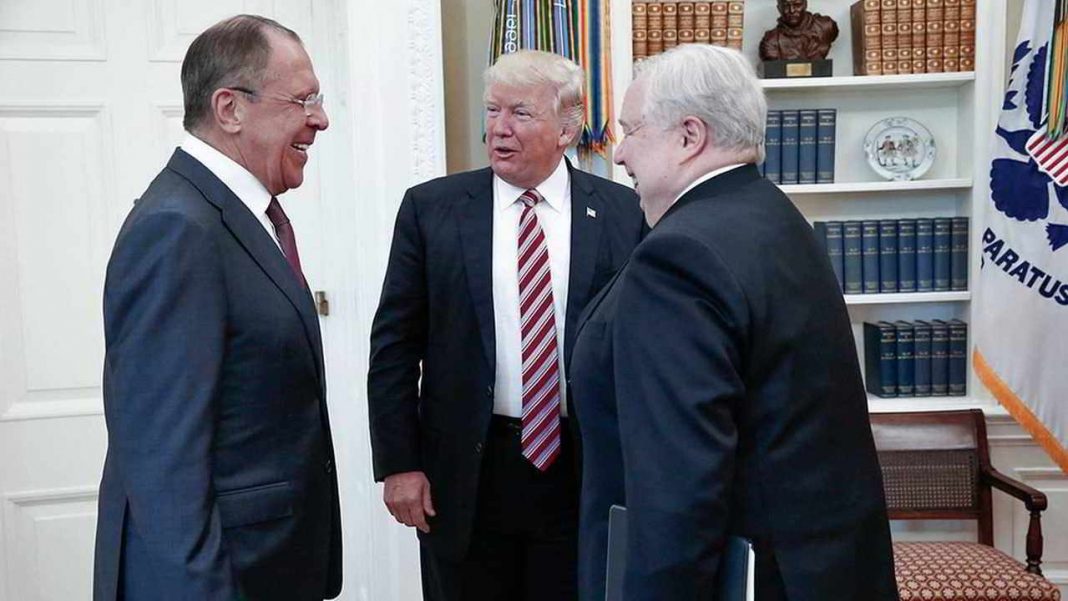 US President Donald Trump is said to have shared highly sensitive and classified information about the Islamic State with Russian Foreign Minister Sergei Lavrov last week.

Washington Post reported on Monday: “President Trump revealed highly classified information to the Russian foreign minister and ambassador in a White House meeting last week, according to current and former U.S. officials, who said Trump’s disclosures jeopardized a critical source of intelligence on the Islamic State.”

Citing an unnamed official, Washington Post said the information Trump relayed had been provided by a US partner, who had access to the inner workings of the Islamic State. The partner had not given Washington permission to share the information with Moscow and Trump’s decision can endanger cooperation from the ally.

“The information was so sensitive that details have been withheld from allies and tightly restricted even within the US government,” the officials said to the Post.

White House officials rebuffed the report claiming it as false and said that the President didn’t discuss intelligence sources or methods of collection.

“The President and the foreign minister reviewed common threats from terrorist organisations to include threats to aviation. At no time were any intelligence sources or methods discussed, and no military operations were disclosed that were not already known publicly.” The Post quoted HR McMaster, the National Security Adviser, who participated in the meeting.