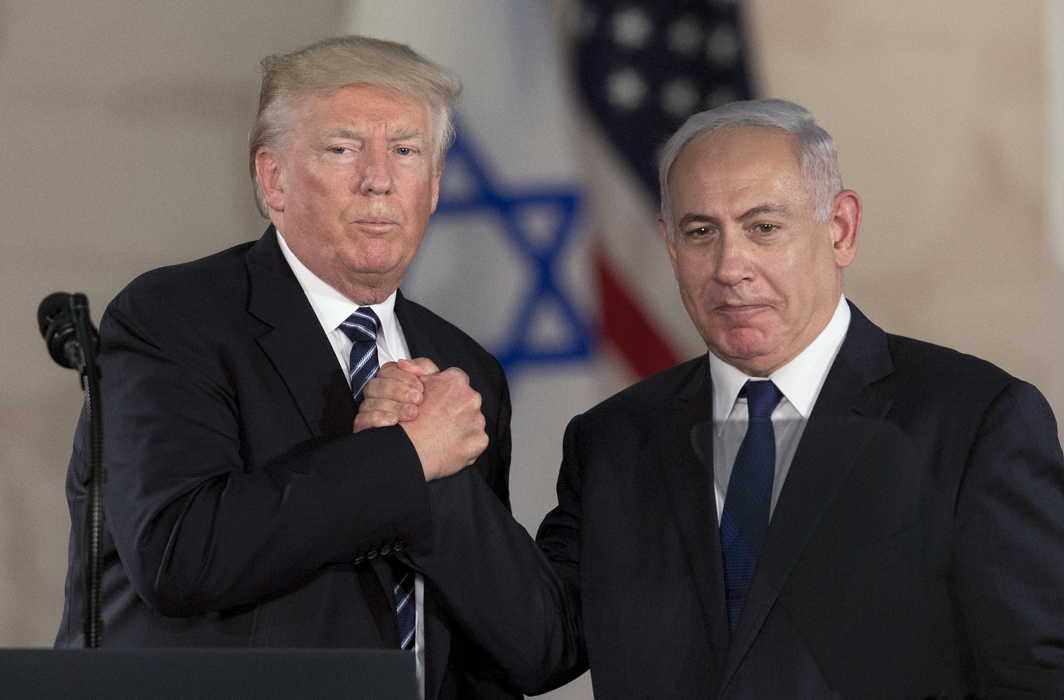 Continuing his pro-Israeli hard-line policy forward, US President Donald Trump administration is set to announce that it will no longer recognize millions of  Palestinian refugees’ “right of return”  to the territories occupied by the present day Israel.

According to Jerusalem Post, Israel’s Channel 2 television report claimed on Saturday that the White House will announce its stance on the refugee matter – one of the core sticking points in the Israeli-Palestinian conflict – sometime in the next few days, ahead of the start of the UN General Assembly in New York.

The move will not recognize the refugees’ decedents’ right to return their homeland. Washington will contradict UN statistics which classify five million Palestinians as refugees.

This would be another major shift in US foreign policy in public domain after Trump recognizing Jerusalem as Israel’s capital and moving its embassy from Tel Aviv to the holy city.

Jerusalem Post’s Washington based journalist Micheal Wilner say that US administration officials did not respond to requests for comment on the veracity of the report.

The report referred by Channel 2 claims that US administration will state fewer than one million Palestinians should classify as refugees. It is considered to be a dramatic divergence from United Nations Relief and Works Agency statistics which claims more than five million Palestinians qualify for refugee status.

Earlier this month, the American magazine Foreign Policy published emails written by Jared Kushner, Trump’s senior advisor and son-in-law to senior administration officials in which he pressured Jordan to move the refugee status of millions of Palestinians in a bid to disrupt UN work.

Right to return of Palestinian refugees was one of the basic elements in what proved later as non-credible peace talks mediated by US for decades under different US administrations.

Palestinian Liberation Organization (PLO) President Yasser Arafat, who was one of the signatories of Camp David agreement recognising Israel as a country, was instrumental in participating in the peace talks.

The Ramallah based Palestinian Authority in the West Bank, now headed by Mahmoud Abbas alias Abu Mazen, till Trump’s recognition of Jerusalem as Israel capital, was toeing the US and also Israel’s plan while participating the peace talks which has never resulted in retrieving even an inch of Palestinian land. Instead Israel continued building its new residential units in the occupied territories.

After US President Donald Trump’s recognition of Jerusalem as Israel’s capital Mahmoud Abbas and his co-horts have lost their credibility among Palestinians. He was vocal in criticising Trump administration saying that US has lost the position of being an honest mediator for resolving the Middle East crisis.

Israel Katz, member of Israel’s parliament known as Knesset has commended President Trump upon hearing the television report saying, “I congratulate Donald Trump on his decision to retract his recognition of UNRWA and ipso facto cancel the recognition in the Palestinian right of return. This measure joins the historic decision to transfer the US embassy to Jerusalem and as such annuls two UN resolutions. This is a great victory for the State of Israel.”

US President Donald Trump’s peace team has repeatedly questioned United Nations Relief and Works Agency for Palestine (UNRWA)’s mandate, and accuses the world body of perpetuating the conflict by treating the descendants of refugees as refugees themselves.

The Palestinian Authority officials have recently warned that US President Donald Trump seeks to end the refugee issue while Israel has long held that the Palestinians seek two Arab states – an Arab state of Israel and an Arab state of Palestine – by flooding the Jewish state with the descendants of refugees under claims of a “right of return.”

Washington’s longstanding position has been to support “two states for two peoples” – one Jewish state, and one Arab state. The Trump administration during last 20-month could not take a position on the two-state solution, which was advocated by earlier US governments.