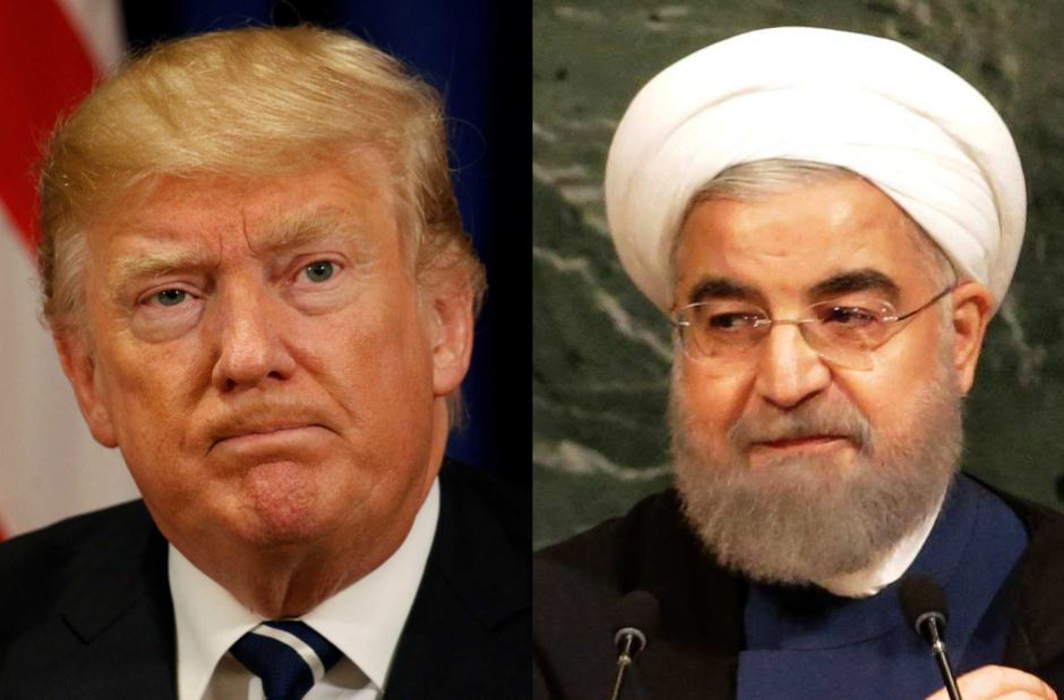 Iranian President says his country will overcome any problems

Major capitals around the world remained engaged in formulating their response to US President Donald Trump’s announcement regarding multilateral Iran nuclear deal on Tuesday. US President is poised to announce his decision whether to withdraw or stay in the Iran nuclear deal at 2 pm Washington time. By that time night will fall in most of the Asian countries.

However, the Iranian President Hassan Rouhani has, while speaking at Petroleum Conference in Tehran, said that his country “will overcome” any “problems” it could face in the coming months. This was the first official Iranian reaction to US President Donald Trump’s overnight tweet that he would make an announcement on the deal Tuesday.

In a social media post late on Monday, Trump said he will make an announcement on Tuesday afternoon on the future of the 2015 agreement.

I will be announcing my decision on the Iran Deal tomorrow from the White House at 2:00pm.

Rouhani told that “it is possible that we could face some problems in the coming two to three months, but we will overcome this”.

He also stressed that Iran wants to keep “working with the world and constructive engagement with the world.” That appeared to be positive sign for European signatories of the JCPOA, which have struck a series of business deals with Iran since its implementation began in January 2016.

Meanwhile, Iran’s Parliament Speaker Ali Larijani also said on Tuesday that Trump’s decision will only serve to unite the country to walk “on the path of the Islamic Revolution fully behind the leadership of the Supreme Leader”.

Earlier on Monday, President Hassan Rouhani had said that the nuclear deal would be “even better” without the participation of the US and indicated its willingness to stay in the deal with Europe, Russia and China, if its “expectations” are met.

US’ allies in Europe have also been trying to convince Trump to remain with JCPOA, which has limited Iran’s nuclear capabilities.  On Monday, UK Foreign Secretary Boris Johnson appealed to Trump not to walk away from the deal during his visit to the US capital.

During Fox News television interview Johnson urged the US president “not to throw the baby out with the bathwater”.

While in Washington, Johnson also met new US Secretary of State Mike Pompeo and discussed the future of the deal.

Earlier French President Emanuel Macron and German Chancellor Angela Markel have met Trump in White House and held detailed discussion on the subject. A group of US Democrats have also urged Donald Trump to let America remain a part of the deal.

Read More: Rouhani: US to face “historic regret” for pulling out of n-deal

Under the JCPOA signed in Vienna in 2015, Iran scaled back its uranium enrichment programme and promised not to pursue nuclear weapons. In exchange, international sanctions were lifted, allowing it to sell its oil and gas worldwide. However, secondary US sanctions remain.

However, Donald Trump has taken several steps to block the deal. In October, he refused to certify that Iran was implementing the accord. He also targeted several Iranian businesses and individuals with new sanctions.

On January 12, Trump announced he was waiving the US sanctions for the “last time” and asked European signatories to “fix the deal” within 120 days otherwise he will withdraw from the multilateral agreement on or before May 12.

[/vc_row]
Did you find apk for android? You can find new Free Android Games and apps.