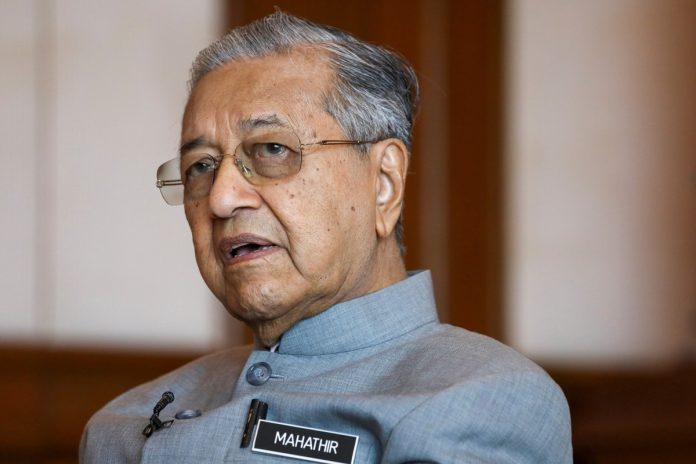 Social networking site Twitter on Thursday deleted a tweet by former Malaysian Prime Minister Mahatir Mohamad for glorifying attacks in France. The tweet was deleted shortly after a deadly knife-attack took place in France’s city of Nice which left three people dead. The tweet by Mohamad sparked outrage on social media with many users slamming former Malaysian prime minister. Mohamad, in a series of tweet said muslims have the right to punish French.

France’s Secretary for Digital Sector Cedric O condemned the post by Mohamad and urged Twitter to suspend the account of the former Malaysian prime minister otherwise the social networking site would be an accomplice to a formal call for murder.

ANI reported that the social media platform had first labelled Mahtir Mohamad’s tweet with a disclaimer stating that the posting violated its rules of banning glorification of violence but was being left up because it was in public interest. However, the networking site then deleted the particular post but left the threat intact.

Earlier this month, the French President Emmanuel Macron had criticised radical Islam after a French school teacher, Samuel Paty was beheaded by an 18-year-old for showing Charlie Hebdo’s cartoons of Prophet Mohamad to his students in a civics class. Mahatir Mohamad, in a series of 13 tweets lashed out at Macron for not being civilised and for being very primitive in blaming the religion of Islam and Muslims for the killing of the insulting school teacher.

The attack took place at a church in the French city of Nice on Thursday where a knife-wielding assailant, said to be shouting Allahu Akbar, killed a woman and two others. The attack in Nice was followed by a knife-stabbing attempt in France’s southeastern city of Avignon and another one at the French Consulate in Saudi Arabia.