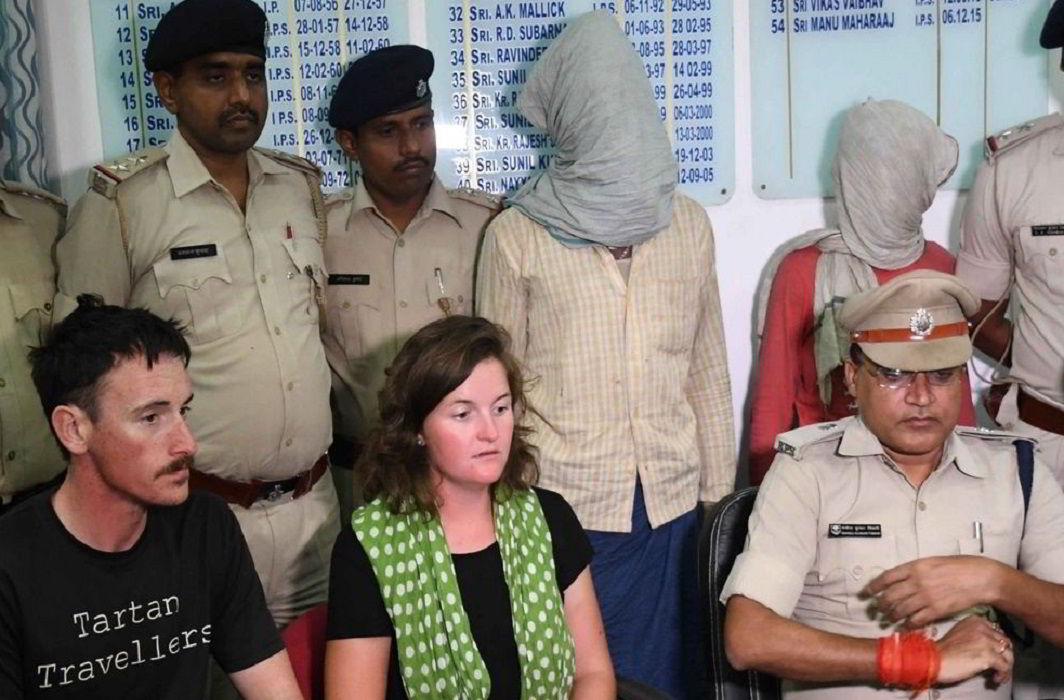 This is the third case of attacks against foreign tourists to be reported in the last one month.

Weeks after a Swiss couple was brutally attacked in Uttar Pradesh, a British couple was allegedly thrashed and robbed by armed miscreants in Bihar. The two accused were arrested by Patna police.

The couple, who were on a 78-day journey from Haridwar to Howrah sailing on Ganga, was reportedly accosted by the two men on Sunday evening when they had stopped on an island near Pandarak in Patna district for a break.

“The youngsters tried to loot us and even misbehaved with my wife,” Matthew Kidd told The Telegraph. “However, we tried to save ourselves and reached a spot called Kalighat.”

The nearby villagers came to their rescue and helped them to file complaint with Pandarak police station. “The police prepared a sketch of the two attackers, following which they conducted raids in the area,” Senior Superintended of Police of Patna, Manu Mahajan told PTI. “Both the accused were traced and arrested from near the banks of the Ganges last [Sunday] night,” Maharaj said.

This is the third case of attacks against foreign tourists to be reported in the last one month.

Last week, a German tourist had claimed that he was attacked by a man at Robertsganj Railway Station in Uttar Pradesh’s Sonbhadra district for refusing to acknowledge his greetings. However, police had claimed that they were not convinced by the tourist’s version of the story and suggested that he may have triggered the confrontation.

On October 22, a Swiss couple was chased and attacked with stones and sticks by a group of five youths in Agra’s Fatehpur Sikri. The attack had left the couple with serious injuries.