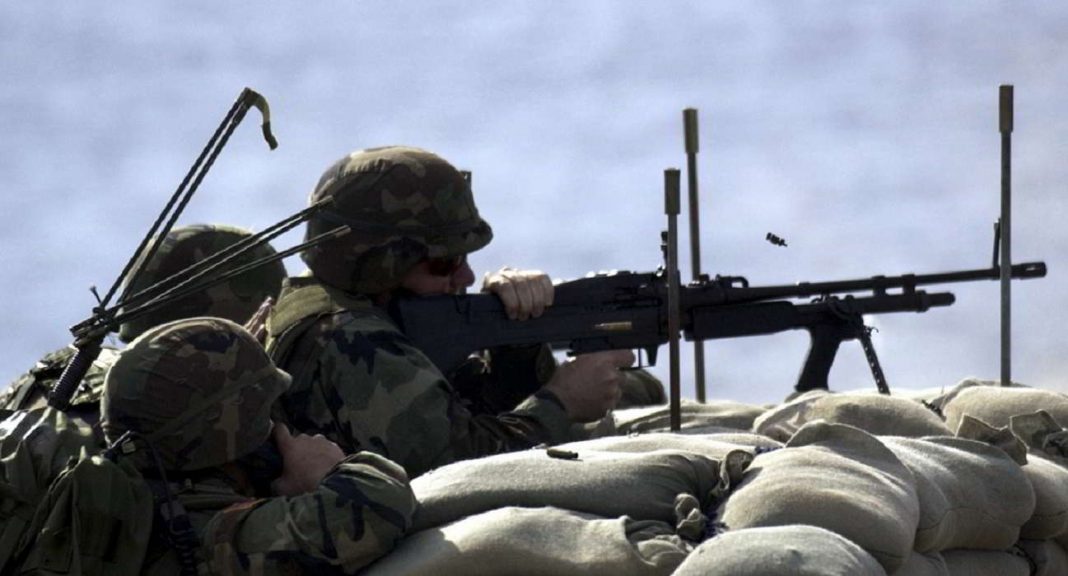 The Army is said to be retaliating strongly to the provocation from across the border.


In the third ceasefire violation over three days by Pakistan in Jammu and Kashmir, two civilians including a 14-year-old girl were killed and 3 civilians along with 4 army men were injured on Saturday morning.

Reports said the Pakistan army opened firing at various places along the Line of Control in Nowshera sector of Rajouri district inflicting many casualties. 120 mm and 80 mm mortar shells along with automatic weapons were used in the attack.

The deceased have been identified as Tufail Hussain, 50, and Afiya, 14.

Considering a series of ceasefire violations by Pakistan, all schools in Nowshera, Qila Darhal and Manjakote along the LoC have been closed for an indefinite period. The border areas are also witnessing migration to safer areas.

In the last one year Pakistani security forces have violated ceasefire 286 times killing 9 people as said by the government last month.  23 security personnel have been killed in ceasefire violations in 2015 and 2016.

The Reserve Bank of India (RBI) has started the process of hiring law officers, managers, architects, and library specialists to fill 14...
Read more

Are you concerned about your child’s height? Add these food items in your kid’s diet

Are you struggling hard with your child's height? Do you have tried out every medication but are unable to make them taller? If yes, then it is due to a lack of nutrition. Here we are giving you a complete list of essential nutrients that will help to make your child taller, stronger, and sharper.
Read more