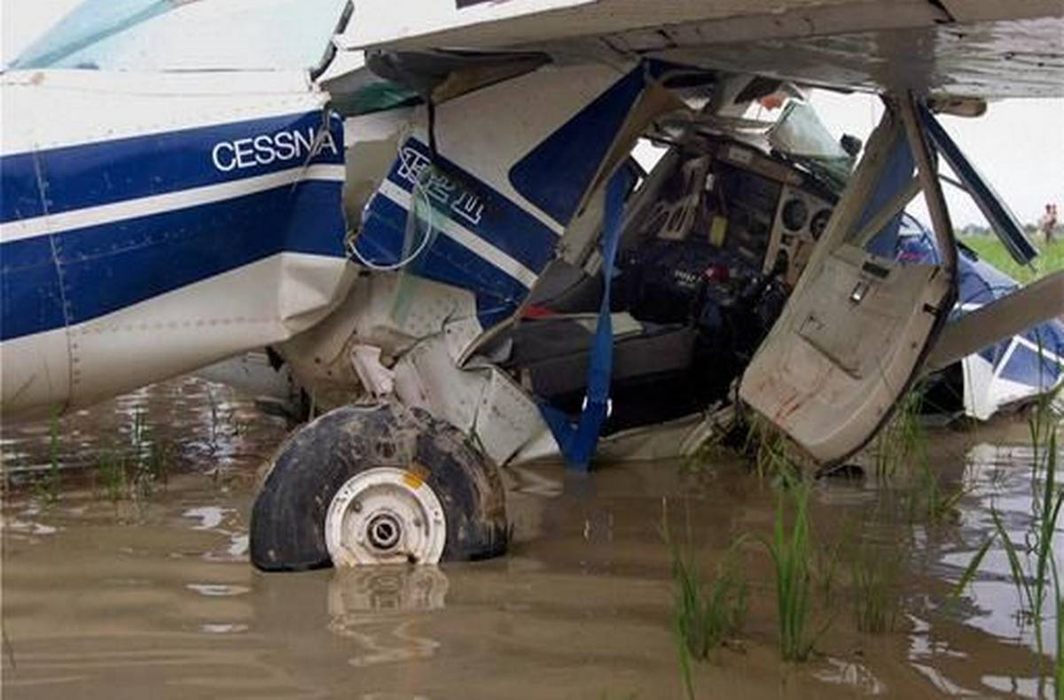 Two plane crashes over the last week, one in Telangana and the other in Dhule in Maharashtra, have once again brought the focus on India’s flying schools. In the Telangana crash, a pilot and a trainee pilot were killed when their Cessna plane crashed in a field at Sultanpur village in Vikarabad district on October 6. It is suspected that the accident happened due to bad weather. Both were from Rajiv Gandhi Aviation Academy in Hyderabad. The other accident occurred on October 4 at NMIMS Academy of Aviation at Shirpur in Dhule district. While the student pilot was safe, the Cessna 172R was extensively damaged. The DGCA is probing both crashes.

According to the DGCA website, there are 32 DGCA approved flying training organisations as on March 31, 2019. Some are state-owned, while others are private. Topping this list is the Indira Gandhi

Rashtriya Uran Akademy, better known as IGRUA, in Raebareli, known for its high standards and tough entrance exams. Other good institutes are also there, but the situation can change drastically if the chief flying instructor (CFI) or the deputy flying instructor leaves for greener pastures.

The reputation of any flying school depends on a couple of factors. First is the number of serviceable planes it has. These are single-engine planes such as Cessnas and Diamonds and multi-engine ones such as Partenavias, Piper Senecas and Beech Barons.

Second is the personnel it has, especially its CFIs. A CFI known for his proficiency in flying and professionalism is worth his weight in gold. Controlling, teaching and guiding perfect novices whose knees knock in sheer terror at the thought of flying to making them confident pilots who can fly in inclement weather is a quality not to be sneered at. Good CFIs are respected and adored for making these boys into men and honing their skills. At the same time, a bad CFI can break any flying school as he could descend to practises which are illegal. These include overlogging the number of hours a student has flown, allowing another pilot in the cockpit when the trainee is supposed to do a solo flight and so on. So it is vital that students who want to learn flying choose a flying school with care and personally go and see the activities there. After all, it is a matter of their own safety and that of future passengers.

With the DGCA saying that India is set to have the highest number of commercial planes by December 2019 surpassing 616 planes in January 2019, there will be a need for many more pilots to fly these machines. Despite Jet Airways collapsing, its pilots have quickly been absorbed by other airlines, showing that the need for these highly-qualified personnel is there. So even as flying schools look forward to inducting more students, caution needs to be exercised. Some schools over-sell themselves and if a student has not done his research, he could be forking out a few lakhs more and that too for a mediocre school with few planes, thereby prolonging his flying time.

Going to a flying school, meeting the CFI and talking to the students there can give a fairly good idea about how good or bad a flying school is. A school with no accidents or with a CFI who has worked there for a few years should ideally be a good one. Just one accident can mar the reputation of a flying school and make it shut down. Cutting corners never works.

As India celebrated its 72nd Republic Day today, a slew of Bollywood celebrities extended their wishes to fans on the occasion. On...
Read more

The work of construction of a mosque on a five-acre plot of land in Ayodhya with a tree plantation drive and the...
Read more