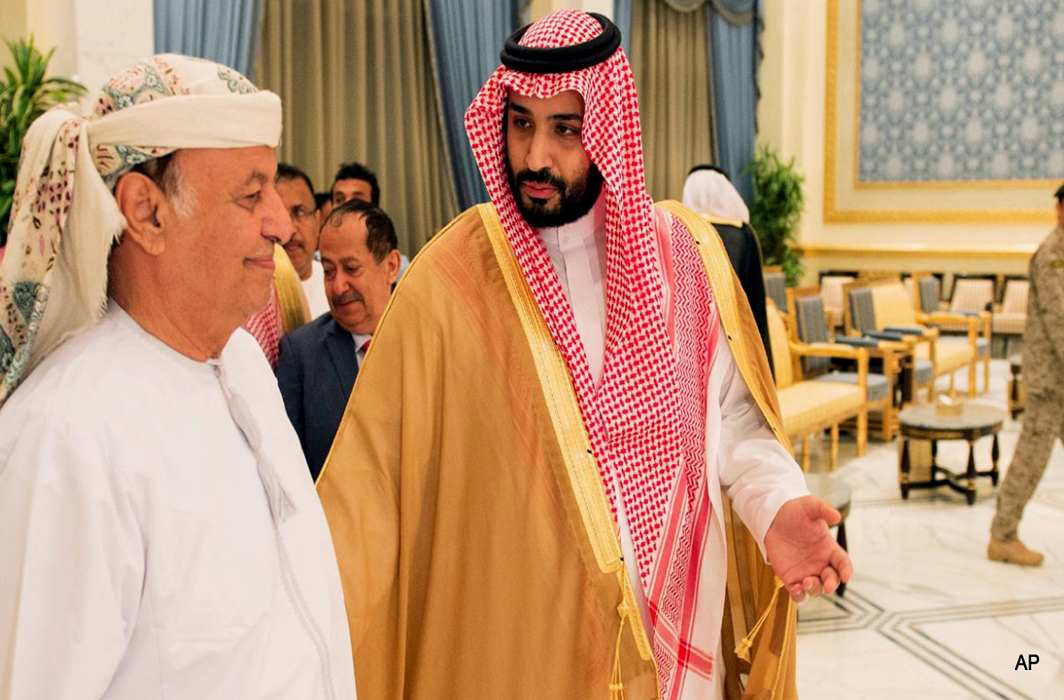 Houthis bound to be stronger with cracks in GCC member states

PM said in a statement on Sunday “In Aden, legitimacy is being overturned. What is happening is very dangerous and affects the security, stability and unity of Yemen… This wrongdoing is no different than the crimes committed by the Houthis in Sanaa.”

Most of Yemen is under Houthi rule while Saudi Arabia’s ally Abd Rabbu Mansour Hadi’s government is given legitimacy by US led international community.

Hadi remains in Riyadh for most of the time in recent years. Former President Ali Abdullah Saleh was killed recently by Houthis for working for Saudi interests during the ongoing campaign since March 2015.

The present crisis in Yemen was triggered in 2011 when masses raised their voice against the than President Ali Abdullah Selah, who led the country for more than two decades. In 2012, Saleh handed over the government to Mansour Hadi. But, Houthis alleged Hadi for violating the agreement and swept into the capital in 2014. Saudis began bombing Yemen March 2015 immediately after Hadi fled to Saudi Arabia.

UAE forces have been fighting against Houthis along with Saudi Arabia and sacrificed hundreds of its soldiers so far. Observers believe that Houthis will gain benefit of UAE’s supports to anti-Hadi forces in Yemen.

Aljazeera reports that the hospital sources have confirmed the death of at least 10 people and wounding 30 others. Aden’s main airport was also reported closed.

Last week, the STC – a movement demanding secession for southern Yemen – had given Hadi’s government a 7-day ultimatum to either dismiss his prime minister Ahmed Obeid bin Daghr and his cabinet, or face an overthrow.

Responding to the STC’s  threat,  Hadi government deployed presidential guard which triggering fierce confrontation. Heavy gunfire were heard  throughout much of the city with pitched street battles in Aden’s Khormaksar, al-Mansoura, and Dar Sad districts. The streets remained empty of traffic with schools, government offices, and most shops closed on Sunday.

In the meantime, Zaid al-Jamal, secretary of STC Aidarous al-Zubaidi, vowed the “uprising” would continue until Hadi’s government was “toppled”.

“We have announced a new programme of popular uprising that will start tomorrow. People have already started flooding into al-Orouth Square and will not leave until the government is overthrown.”

However, Saudi based media has reported about Hadi calling for an immediate ceasefire and for all sides to withdraw fighters from the city.

UAE  is one of the important Saudi Arabia’s ally in its Yemen’s war began in March 2015 aimed to remove Houthi rebels, who were traditionally based in  northwest region. Houthis took control on much of the country, including the capital Sanaa, in 2014.

According to Aljazeera, UAE has been financing and training armed groups in the south who answer to the STC’s leader Zubaidi, 50, who emerged from relative obscurity in late 2015 after helping purge Houthis Ansarullah force from Aden.

The ongoing Saudi-led campaign against Houthis has so far failed to achieve its stated aims as they continue to hold Sanaa and much of the north. So far more than 10,000 people have been killed and millions were facing acute shortage of food and medicines and other civic facilities. UN has recently warned a humanitarian catastrophe due to Saudi blockade around that country.

Earlier this month, UN had released a report about human rights violations due to Saudi led campaign against Yemen. It examined ten air strikes on migrant boat, night market, five residential buildings, a motel and vehicle and government forces in 2017, killing 157 people

Saudi led quartet alleged Qatar for supporting terrorism, which is denied by Doha. Riyadh had also demanded that Doha should downgrade ties with Iran, close new Turkish army base and shut down Aljazeera network.