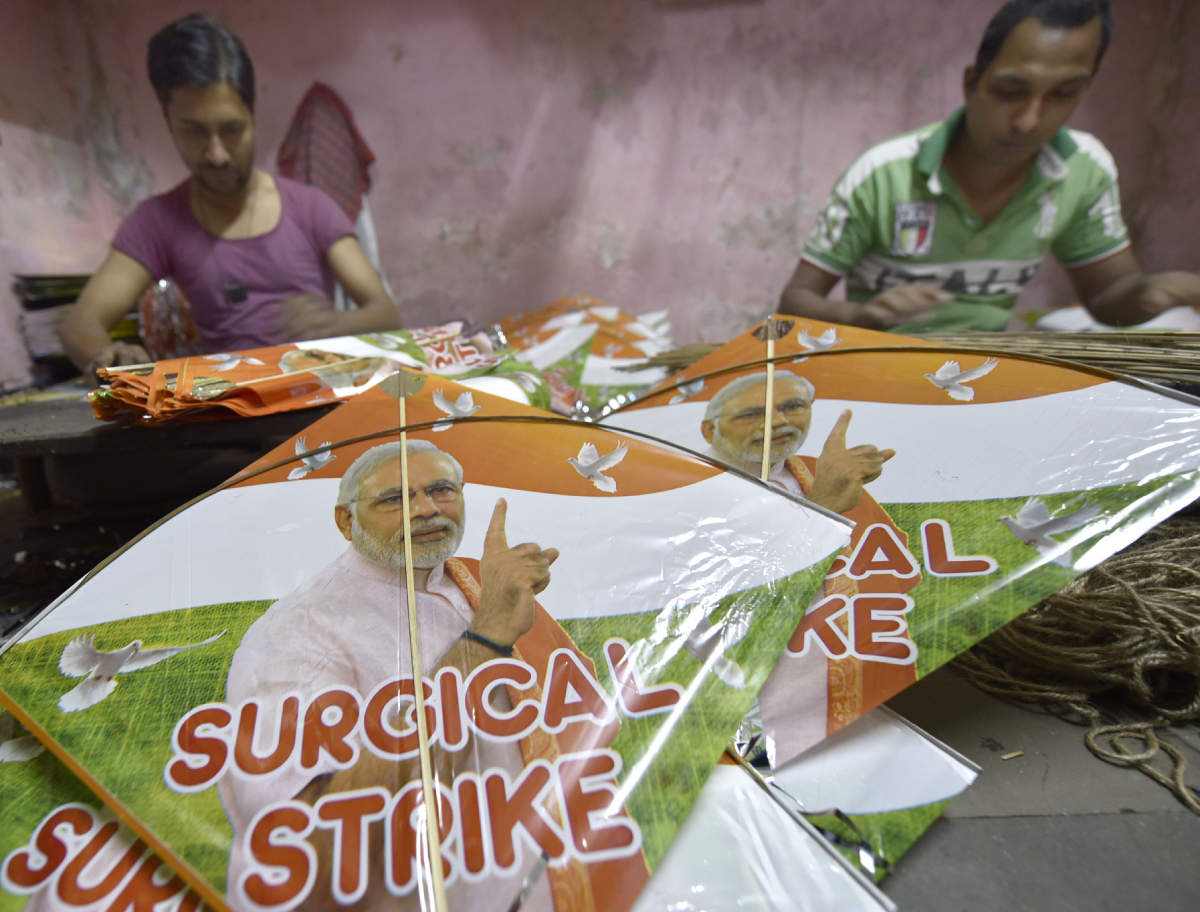 The University Grants Commission (UGC) on Thursday directed universities and higher education institutions across the country to observe September 29 as “Surgical Strike Day” to mark the second anniversary of the Indian Army’s strike against terror cells across the Line of Control in Pakistan-occupied Kashmir.

BJP leaders including Prime Minister Narendra Modi have referred to the incident at political rallies, pitching it as proof of their decisive governance. The opposition, however, has said it was not the first surgical strike but the first one to be publicised widely for the BJP’s political gain.

The UGC circular asked the institutions to organise talk-sessions by ex-servicemen about sacrifices by the armed forces, special parades, visiting exhibitions and sending greeting cards to pledge their support for armed forces, are among the activities prescribed by the commission for the celebrations.

The letter also desires that students pledge their support for the armed forces in writing that day.

“The NCC units of all universities should organise a special parade on September 29 after which the NCC commander shall address them on the modalities of protection of the borders. The varsities may organise a talk-session calling ex-serviceman to sensitise students about sacrifices made by the armed forces,” the UGC said in a communication to all vice-chancellors on Thursday.

“A multimedia exhibition will be organised around India Gate on September 29. Similar exhibitions may be organised in states, union territories, important towns and cantonments across the country. The institutions should encourage students and faculty members to visit these exhibitions,” the letter added.

The letter also issues an instruction to students: “The students shall pledge their support for the armed forces by writing letters and cards, which may be produced in both physical and digital format.”

These letters of support, it says, will be publicised in the conventional and social media. “The letters and cards should be shared with PRO Defence and PIB for publicity across various media,” the UGC said.

The UGC letter says that physical letters of support so received may be sent to nearby cantonments and shared with army officers visiting various colleges to meet students. It also asks institutions to encourage their students and faculty to visit the multimedia exhibition to be organised at India Gate in the national capital or in State capitals, important towns and cantonments across India.

In the first such action to be made public, India carried out surgical strikes on September 29, 2016, on seven terror launch pads across the LoC with the Army saying its special forces inflicted “significant casualties” on terrorists preparing to infiltrate from Pakistan-occupied Kashmir (PoK).

Meanwhile, Prime Minister Narendra Modi’s government has a three-day celebration plan from 28-30 September in place to mark the second anniversary of the strike. Modi is expected to attend the festivities at India Gate, reported DNA.

Videos showing the army’s valour, exhibition with photos and music show will mark the event. Singer Mohit Chauhan and Kailash Kher are likely to perform on the India Gate lawns in New Delhi.

“The event hasn’t been given any special name and will be held for marking the second anniversary of surgical strike. The general theme is showcasing valour of Indian forces,” DNA quoted a defence official as saying.

Attempt to own nationalism, militarise campus

Historian Aditya Mukherjee of JNU, co-author of the book India’s Struggle For Independence, disagreed with the idea of taking a pledge of nationalism from the people, reported The Hindu. “This is typically the BJP trying to project themselves as the nationalists. They have this great deficit of not being part of the national movement. Now they are trying to force it on people and militarise campuses. They wanted to install tanks in JNU and if we oppose it they will call us anti-national,” he told The Hindu. “We are not anti-army. But they want to push us through a nationalism test. Forcing people to prove their nationalism is no way to arouse nationalism. The way to arouse it is to create an idea of the nation that is appealing and inclusive.”

Opposition parties including the Congress and Trinamool Congress lashed out at the move.

Delhi Chief Minister Arvind Kejriwal too criticised the move. “The best way to celebrate surgical strike day wud be for the PM to visit the family of Sh Narendra Singh, who was tortured and slain by Pak this week. PM shud assure the nation that Pak wud be given such befitting reply that it won’t dare do it again (sic),” Kejriwal tweeted.

West Bengal Education Minister Partha Chatterjee, of the Trinamool Congress, called the directive a part of the BJP’s “agenda” and said educational institutes in the state will not celebrate the day.

“This is an agenda of the BJP and it is trying to push this agenda by using the UGC ahead of elections. It is a matter of shame that they are using the UGC to achieve their political agenda,” Chatterjee said.

“The Indian Army has always been kept above politics and controversies. But now we are seeing that the BJP is trying to malign and politicise the Indian Army. This is not right and we won’t support it,” he said.

Senior Congress leader Kapil Sibal targeted the government saying it was an attempt to aggrandize Prime Minister Narendra Modi. “The UGC directive on Surgical Strike Day is a political move. This is just to show that PM Modi did what no one else could. I condemn it,” he told NDTV.

The UGC directive to observe the second anniversary of “surgical strikes” in universities and colleges is not a mandatory order, the centre clarified today after the move drew criticism from the opposition, which said the BJP-led government was trying to use the military to score political points.

“We have not made any compulsion neither to the institutes nor to the students. We have issued a program because it was a suggestion by many students and teachers,” Union Minister for Human Resource Development Prakash Javadekar said.

“And therefore on 29th of September, we have asked colleges – those who want to do – can arrange a lecture by an ex-army official who can describe to the student how the country gets defended… what is special feature of surgical strikes and how it was conducted,” he said.

“This is not political, this is not [a] BJP rally. I think this is the best thing to do on this occasion,” Javadekar added.