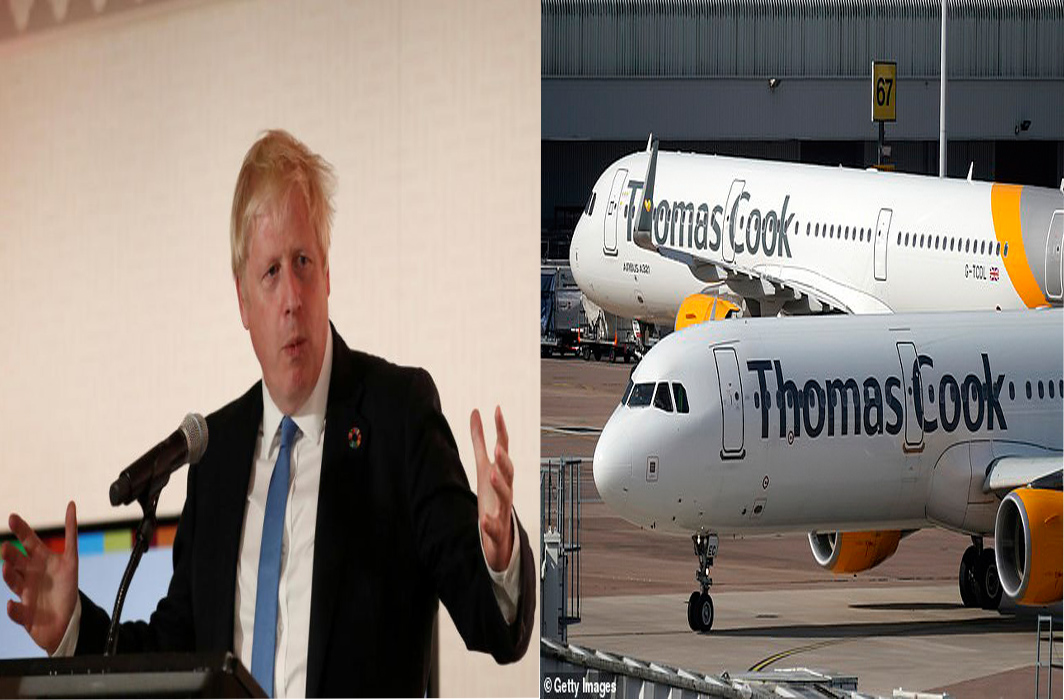 After the 178-year-old travel firm, Thomas Cook collapsed leaving thousands of holidaymakers stranded  and reliant on the British state to repatriate them, Prime Minister Boris Johnson slammed the firm bosses on why they should have paid themselves so much ahead of its fall.

Speaking in New York on Monday, September 23, after the launch of a 1,000-flight holidaymaker repatriation operation part-funded by the Government, he said, “I have questions for one about whether it’s right that the directors, or whoever, the board, should pay themselves large sums when businesses can go down the tubes like that.”

“You need to have some system by which tour operators properly insure themselves against this kind of eventuality,” he said.

Thomas Cook was brought down by a $US2.1 billion debt pile, built up by a series of ill-fated deals, that hobbled its response to nimble online rivals. It had to sell three million holidays a year just to cover interest payments.

The British government decided Thomas Cook was a bet it did not want to take.

“I think the questions we’ve got to ask ourselves now: how can this thing be stopped from happening in the future?” Johnson said.

“How can we make sure that tour operators take proper precautions with their business models where you don’t end up with a situation where the taxpayer, the state, is having to step in and bring people home?”

Emergency flights brought 14,700 people back to the United Kingdom on 64 flights on Monday, and around 135,300 more are expected to be returned over the next 13 days, Britain’s aviation regulator said.

Seventy-four flights were scheduled on Tuesday, September 24, to bring back 16,500 people. More than 1,000 flights are planned.

“A repatriation of this scale and nature is unprecedented and unfortunately there will be some inconvenience and disruption for customers. We will do everything we can to minimize this as the operation continues,” Richard Moriarty, Chief Executive at the Civil Aviation Authority, said.

“We want people to continue to enjoy their holiday, so we will bring them back to the UK on their original departure day, or very soon thereafter.”

He said, “They created this mess and there are large numbers of people losing their jobs.”

KnowDis and School of AI, IIT Delhi, have jointly organized the third edition of the online conference that looks to bring together leading experts from all over the world for a meeting of the minds.
Read more