Home Latest world news UK, US together against Russia on nerve gas attack in London 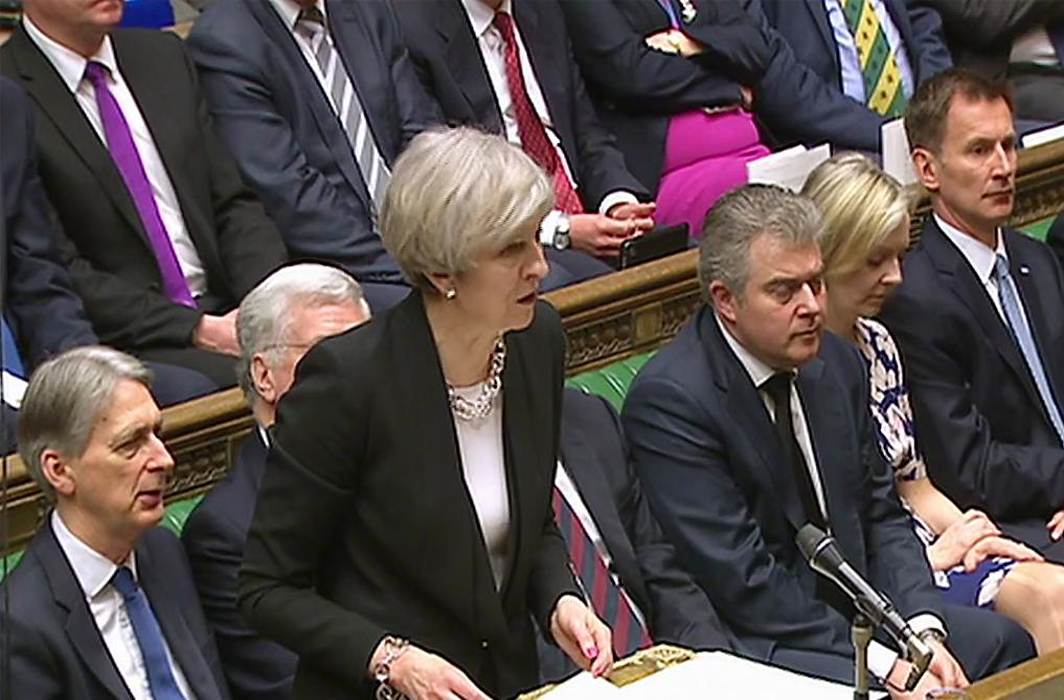 Amidst allegations of not honoring UNSC resolution for 30-day ceasefire in Eastern Ghouta by Russian backed Syrian regime, Moscow has fallen in another diplomatic row with the West, especially UK and US on an alleged spy operation in London.

British Prime Minister Theresa May suddenly announced in the parliament on Wednesday about her government’s decision to expel 23 Russian diplomats over the poisoning of former double agent Sergei Skripal and his daughter Yulia in Salisbury, in southern England. This is the single biggest expulsion in more than 30 years.

She said that Moscow reacted with “complete disdain” to a deadline issued on Monday for providing explanation on how a Russia-made nerve agent ended up in England. 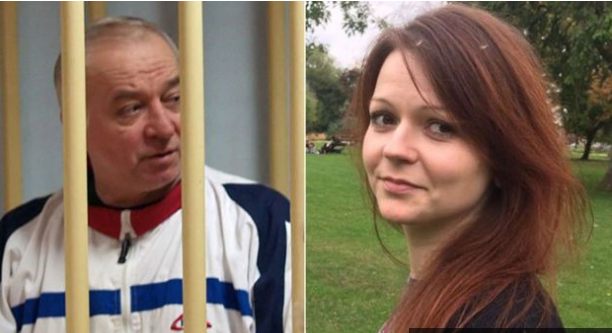 British PM further said, “They have treated the use of a military-grade nerve agent in Europe with sarcasm, contempt and defiance. There is no alternative conclusion other than that the Russian state was culpable for the attempted murder of Mr Skripal and his daughter, and for threatening the lives of other British citizens in Salisbury.”

She also announced a range of responses to the alleged murder attempt, including withdrawal of an invitation to Sergey Lavrov, the Russian foreign minister, to visit the UK. Moreover, cabinet ministers and members of the royal family would not attend the World cup to be held in Russia this summer.

May said the expelled diplomats were identified as “undeclared intelligence officers” and were given one week to leave the country.  Proposals for new legislation to “harden our defences” against “all forms of hostile state activity” would be developed urgently, May said.

There will be increase in checks on private flights, customs and freight, and freeze Russian state assets where there is evidence they may be used to threaten the life or property of UK nationals or residents.

Meanwhile, Nikki Haley, the US ambassador to UN, while responding at Security Council said Wednesday that Trump administration “stands in absolute solidarity with Great Britain” following a nerve agent attack against a Russian double agent. She said that Washington shared the UK’s assessment that Russian state was behind the poisoning and demanded a firm international response. 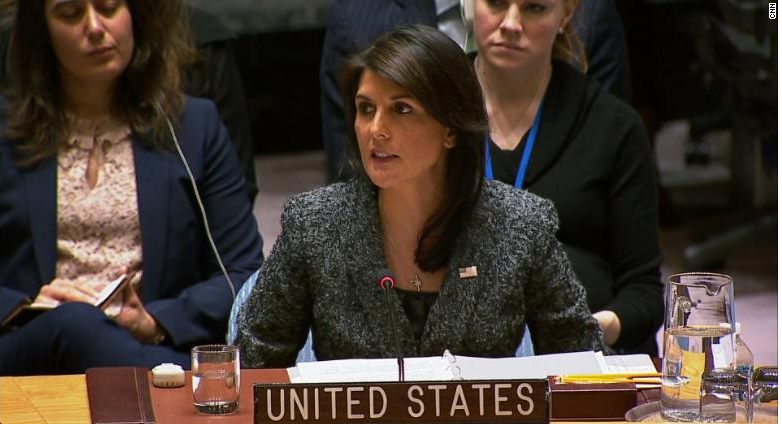 She further said, “If we don’t take immediate concrete measures to address this now, Salisbury will not be the last place we see chemical weapons used. They could be used here in New York or in cities of any country that sits on this council.”

On the other hand, Russia has dismissed UK’s accusations as “fairy tales” and denied any involvement in the attack. Russian ambassador to the UN, Vassily Nebenzia, even suggested the UK might have been responsible for the attack in an attempt to smear Russia.  He further said,”In the Russian Federation, no scientific research or development work under the title Novichok were carried out,” he told the Security Council.

“The most probable source origin this chemical are the countries which have since the end of the 90s been carrying… out intensive research on these kinds of weapons, including the UK.” Nebenzia said.

On March 4, Sergei Skripal, 66,  a former Russian intelligence officer and his daughter Yulia, 33, visiting him from Moscow were allegedly poisoned with Novichok nerve agent in Salisbury. The two remain in critical condition in a hospital.

In 1990s, Skripal was an officer for russia’s Main Intelligence Directorate and he worked as double agent for the UK Secret Intelligence Service  from 1995 until his arrest in Moscow in December 2004. Two years later, he was convicted of high treason and imprisoned. Later in 2010, he settled in UK following illegal program spy swap.

On Wednesday, March 13, 2018, Russia has claimed that Yulia Skripal is a Russian citizen while British police said that Sergei Skripal, the father, is a British citizen.