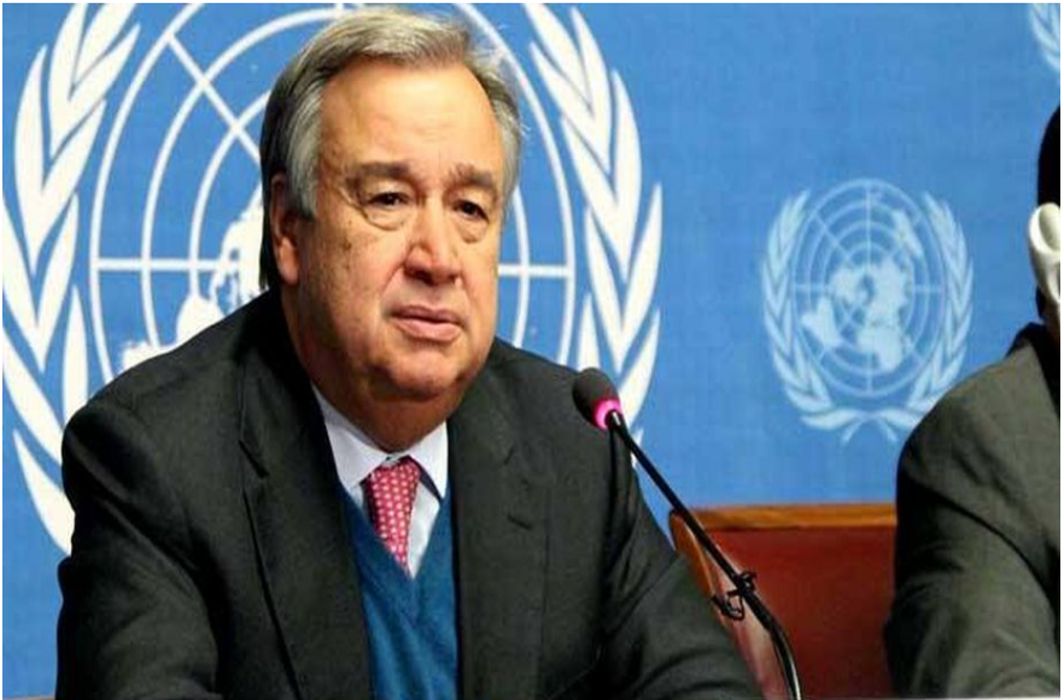 The UN secretary-general has urged Security Council members to “end the suffering” of residents in besieged Eastern Ghouta, on Monday, while US has threatened to “act if we must” as a ceasefire continues to be ignored by Syrian and Russian forces.

According to Aljazeera, Antonio Guterres’ remarks came as the government forces continued its operations for a third week to launch air strikes and advance a ground offensive into the Damascus suburb. Damascus has claimed success of security some areas and bifurcated the Eastern Ghouta into three divisions: Douma and its surroundings; Harasta in the west; and the rest of the towns further south. The enclave has been under rebel control since mid-2013.

The UN Secretary General was quoted saying, “I am deeply disappointed by all those … who allowed this to happen,” at the UN headquarters in New York.

“There should be only one agenda for all of us: to end the suffering of the Syrian people and find a political solution to the conflict. Particularly in Eastern Ghouta, the air strikes, shelling, ground offensive intensified after the adoption of the resolution.”  The UNSC passed resolution 2401, on February 24 asking all parties to halt confrontation for 30-days.

Read More:- Iran to continue support to people in Syria and Yemen

According to Syrian official news agency SANA report from New York, that while participating in the UNSC meeting, Syria’s ambassador to UN, Bashar al-Jaafari, said that his country has taken many measures to alleviate the suffering of civilians in al-Ghouta, including the opening of two humanitarian corridors to ensure their safe exit.

He added that after the adoption of the UNSC resolution 2401, a full and daily cessation of combat activities has come into effect from 9:00 am till 2:00 pm with the aim to deliver humanitarian aid and secure a safe and unhindered evacuation of civilians in areas held by terrorist groups through two hmanitarian corridors, in addition to the entry of two convoys of aid from the UN, the International Committee for Red Cross (ICRC) and the Syrian Arab Red Crescent (SARC) to the Eastern Ghouta area on the 5th and the 9th of March.

Moreover, Syrian representative at the world body has also alleged that those measures have been impeded by terrorist groups and their operators, some of them members at the Security Council. He also said the terrorist groups have targeted civilians in Damascus with more than 2499 mortar and rocket shells causing the martyrdom of 70 civilians and the injury of 556 others. These attacks have prevented civilians from leaving the area in order to use them as human shields and a subject of humanitarian blackmail and propaganda. There have been reports of terrorists opening fire at those who succeeded to head towards the corridors.

The war monitor London based Syrian Observatory for Human Rights has counted deaths of more than 1,022 civilians in Russian-backed Syrian government operations over the last three weeks.

Earlier United States ambassador to the UN Nikki Hailey denounced, what she called, “the failure to implement the resolution” and said her country was drafting a new one with “no room for evasion”. Haley warned the US “remains prepared to act if we must”.

“It is not the path we prefer, but it is a path we have demonstrated we will take, and we are prepared to take again,” Haley told the 15-member Security Council. “When the international community consistently fails to act, there are times when states are compelled to take their own action.”

US have stationed its forces near Afrin and other areas in northern Syria and has been supporting anti-regime separatist Kurds. Syria and Turkey have both opposed the presence of US forces in Syrian territory. The US forces neither hold UN consent nor invitation from Syrian government which is considered to be violation of its territory.

Meanwhile Russian ambassador at UN Vassily Nebenzya has  told the council that Syrian government has “every right to try and remove the threat to the safety of its citizens”. He called Eastern Ghouta as a “hotbed” of “terrorism”.

A number of fighters and their families were reportedly evacuated from besieged enclave last week amid reports of negotiations taking place between rebel groups and the Syrian government.