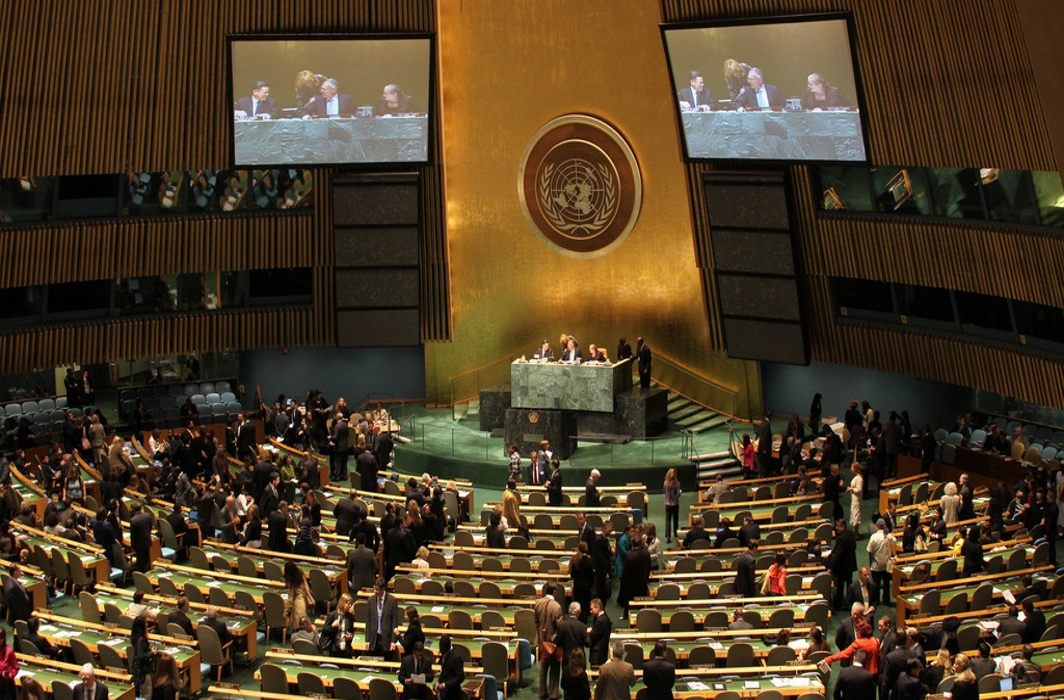 The UN General Assembly has condemned Israel for excessive use of force against Palestinian civilians, in a resolution adopted by a strong majority of 120 countries on Wednesday.

According to reports, the 193-member world body rejected the United States’ efforts to blame Gaza’s Hamas rulers for the violence that has killed over 120 Palestinians in the past two and half months.  The resolution deplores Israel’s use of “excessive, disproportionate and indiscriminate force” against Palestinians.

Presented by Algeria and Turkey on behalf of Arab and Muslim countries, the measure won a decisive 120 votes, with eight votes against and 45 abstentions. The UNGA resolutions are not legally binding but carry political weight.

The resolution, which came weeks after US vetoed a similar resolution at UNSC, was opposed by Israel, US, Australia, the Marshall Islands, Micronesia, Nauru, Solomon Islands and Togo.

According to Aljazeera, at least 129 Palestinians have been killed by Israeli forces in Gaza border protests since March 30 to commemorate 70 years since the Nakba (or Catastrophe), when about 750,000 Palestinians were driven out from their homes. The protests are part of the “Right to return” campaign.

May 14, the day when US moved its embassy from Tel Aviv to Jerusalem, witnessed the  largest number of deaths. Palestinians and their supporters said most protesters were unarmed civilians and Israel used excessive force against them.

Palestinian UN envoy Riyad Mansour told the General Assembly before the vote,”We need protection of our civilian population,”  and the resolution was “intended to contribute to a de-escalation of the volatile situation. We cannot remain silent in the face of the most violent crimes and human rights violations being systematically perpetrated against our people.”

Israel claims that many of the Palestinian protesters were armed and that the Israeli army was defending itself against attacks on the border fence with Gaza. US has maintained Israel’s right to defend itself.

The UN General Assembly resolution also asked UN chief Antonio Guterres to report back within 60 days on proposals “on ways and means for ensuring the safety, protection and well-being of the Palestinian civilian population under Israeli occupation, including … recommendations regarding an international protection mechanism.”

Meanwhile, the US Ambassador Nikki Haley has dismissed the resolution as “one-sided” and accused Arab countries of trying to score political points at home by seeking to condemn Israel at the United Nations. “For some, attacking Israel is their favourite political sport. That’s why we are here today,” Haley told the Assembly.

An amendment presented by the US that condemned Hamas for “inciting violence” along the border with Gaza failed to garner the two-thirds majority needed for adoption.