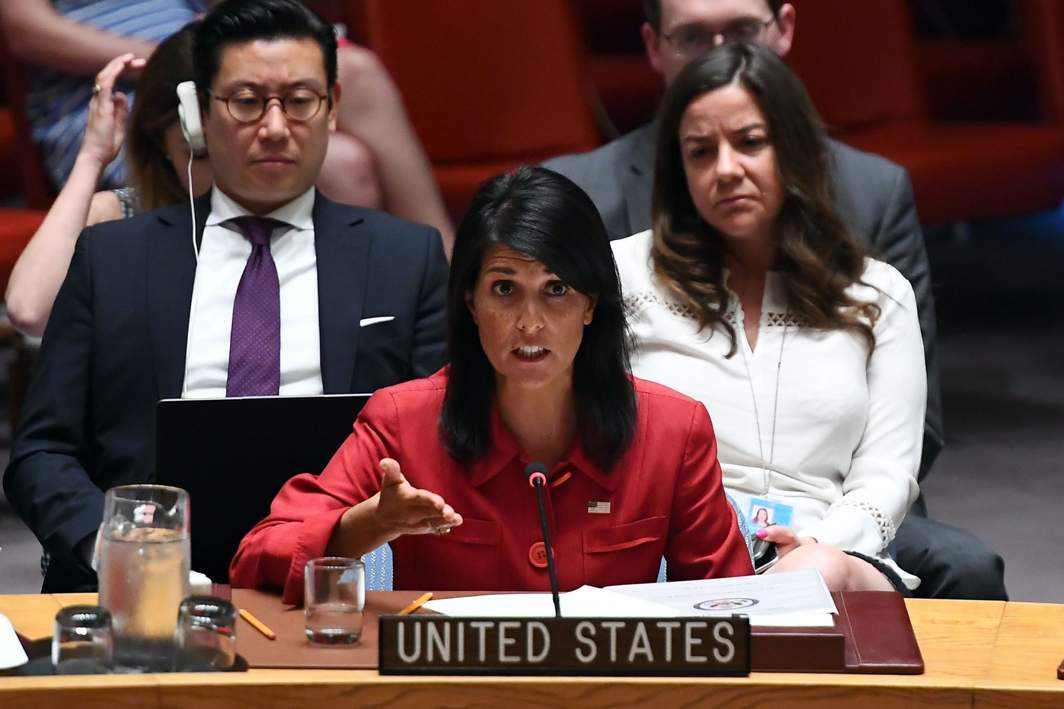 The UN Security Council has unanimously adopted a US sponsored resolution on Saturday to punish North Korea by slapping a ban on mineral and seafood exports worth more than $ 1 billion and expanding UN black list of its individuals and entities. The move came after Pyongyang tested Inter- Continental Ballistic Missile (ICBM) twice last month.

The seventh set of UN sanctions, since Pyongyang carried out a nuclear test in 2006, was prompted by US Ambassador to UN Nikki Haley. North Korean leader Kim Jong-un claimed that ICBM was capable of hitting US mainland.

After passage of the resolution, Nikki Haley said that it is “the single largest economic package ever leveled against North Korean regime.”

The UN resolution condemned North Korea for the “massive diversion of its scare resources” towards developing nuclear weapons, noting UN findings that well over half  of its population was facing lack of food and medical care. It also reminded that both the tests, including those of ICBM and nuclear weapons, were prohibited by previous resolutions.

The members of the Security Council reiterated their demand that North Korea should return to the six-party talks with an objective of denuclearizing the Korean peninsula. Pyongyang had withdrawn from the talks in 2009 while protesting against international condemnation of a long range rocket launch.

US President Donald Trump has recently expressed disappointment in the failure of China, which accounts, according to an estimate, 90 percent of North Korea’s economic activity, to exert pressure on the “rogue regime” in Pyongyang.

However, Russia and China have expressed their differences with Washington. While casting their votes for sanctions against North Korea both the countries appreciated  recent statements of Secretary of State Rex Tillerson  that US does not seek North Korea’s collapse, replacement of its government or “accelerated reunification” of the Korean Peninsula, and has no intention of sending troops there.

Liu Jieyi, China’s ambassador to UN told the Security Council: “Our hope is that the United States will translate these four no’s’ into a firm policy.”  He also reiterated his hope for reduction of US military exercises in the region and objected to the deployment of US anti-missile systems, known as THAAD in South Korea.

Russian ambassador to UN Vasily Nebenzia has stressed that sanctions “cannot be end in themselves,” but rather a “tool for engaging (North Korea) in constructive talks.”