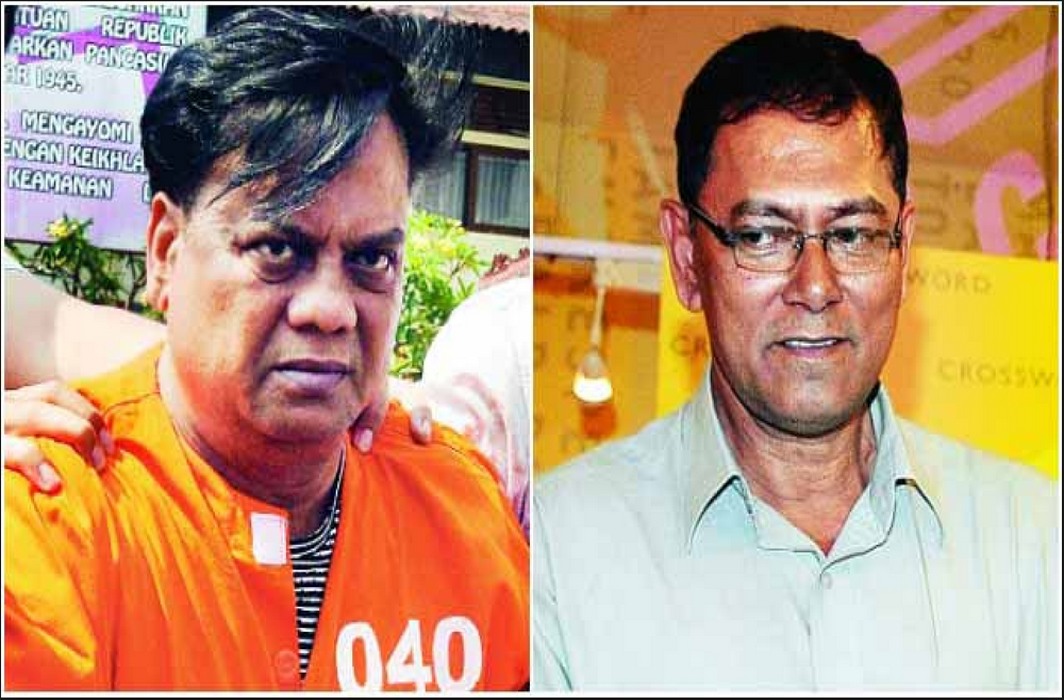 The special Maharashtra Control of Organised Crime Act (MCOCA) court in Mumbai on Wednesday, May 2, sentenced all the nine convicts, including gangster Rajendra ‘Chhota Rajan’ Nikhalje and shooter Satish Kaliya to life imprisonment for murder of the journalist Jyotirmoy Dey in 2011.

Earlier the court acquitted journalist Jigna Vora, who had been accused of instigating the murder, and Paulson Joseph.

J Dey, a 56-year old journalist with city tabloid Mid-Day, was shot dead on June 11, 2011, while he was on his way home in the Powai suburb of Mumbai, allegedly at the behest of Chhota Rajan.

The prosecution examined 155 witnesses in the case, of which around 10 are reported to have turned hostile. Of the 14 accused, Vinod Asrani is dead and two are absconding. The other accused were Chhota Rajan, Satish Kaliya, Abhijeet Shinde, Arun Dake, Sachin Gaikwad, Anil Waghmode, Nilesh Shendge, Mangesh Agawane, Paulson Joseph, Deepak Sisodia and Jigna Vora.

The Mumbai Police, which initially investigated the case, arrested eleven persons in 2011, claiming they participated and executed the conspiracy to murder Dey on the instructions of Rajan, who was initially named as an absconding accused.

The Mumbai Police Crime Branch filed a charge sheet in the case on December 3, 2011.

Rajan was extradited to India in December 2015. He is currently lodged in the Tihar Central Jail, New Delhi.

After Rajan’s arrest in 2015, the case was transferred to the CBI. On August 5, 2016, the CBI filed a supplementary charge sheet, which claimed that Rajan had told a journalist that he suspected Dey was working for the D-gang, run by global terrorist Dawood Ibrahim.

In its chargesheet filed in 2016, the CBI claimed Rajan ordered the killing over Dey’s proposed books and articles, which, the gangster felt, showed him in poor light. The CBI also claimed that Rajan did not like being included in a book titled ‘Chindi-Rags to Riches’ on 20 gangsters including him.

On May 30, 2011, Dey wrote an article titled ‘Did Rajan plan hit on Kaskar?’ in which he claimed “sources believe the ageing gangster may have plotted the shooting as a desperate attempt to seize a lion’s share of the underworld pie.” On June 2 the same year, his article titled ‘Rajan gangsters off to ‘pilgrimages’ ‘ claimed that according the police, Rajan gang members are missing from their hideouts in the city.

The CBI supplementary charge sheet said Rajan told the journalist after the murder, “J Dey was writing many articles against me in newspapers. Hence I contacted him and enquired politely whether he has any personal enmity with me. He declined but continued writing against me.. like my gang has become weak and that I am sick, my loyal people have left me etc. All such write-ups of J Dey angered me. Hence I developed an impression that he had started working for the Dawood gang. I tried to convince him before killing him. But he did not listen. I am not sure whether he was really close to Dawood gang.. but his writings made me feel like that.”

Rajan, lodged in Tihar jail in Delhi, was produced before the court via video-conferencing