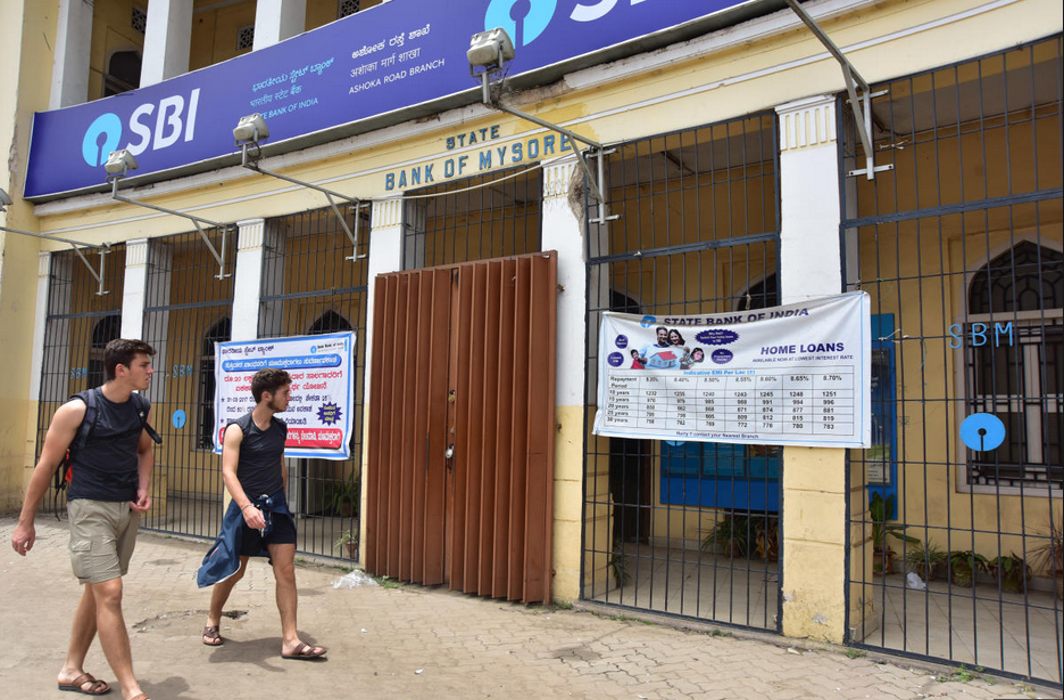 Banking services will be hit for two days beginning tomorrow, Wednesday, May 30, as employee unions of state-owned and private banks across the country will be on strike to press against a meagre 2%  hike in wages after the last wage revision in 2012.

The bank employees are protesting a ‘meagre’  hike capped at 2%, the reason cited being the huge non-performing assets (NPAs) that banks are grappling with.

A recent CARE Ratings report said NPAs of banks that have declared Q4 results show a 15% jump over December quarter at Rs 7.31 lakh crore, according to media reports.

The confirmation of the bank strike came after conciliatory efforts on the part of  Additional Chief Labour Commissioner (CLC) Rajan Verma failed to work out on Monday.

According to The Business Standard, Verma had held a conciliatory meeting between the United Forum of Bank Unions (UFBU), finance ministry officials and the Indian Banks’ Association (IBA) in an effort to avert the strike. “The CLC tried his best to sort out the strike-related issues but there is no positive development. Though the bankers, through the IBA, said they are willing to reconsider the proposed wage hike, there was no concrete proposal. Hence, the strike stands,” All India Bank Employees’ Association General Secretary CH Venkatachalam told the daily.

AIBEA president Rajen Nagar was reported to have said that ATM security guards will be among the participants in the strike, meaning even some ATMs may remain shut over the next two days.

The strike call was given a week ago by UFBU – an umbrella body of nine unions, including All India Bank Officers’ Confederation (AIBOC), All India Bank Employees Association (AIBEA) and National Organisation of Bank Workers (NOBW) – to protest against a ‘meagre’ 2 per cent wage hike offered by the IBA earlier this month.

IBA has currently decided to restrict wage negotiations to scale-III officers or upto the senior manager-level.

The report added that during the conciliation meeting, UFBU told the CLC that the proposed hike “was not at all acceptable, considering the rise in cost of living”.

As per the minutes of the meeting, IBA officials had stated that in view of the huge non-performing assets that banks are grappling with, the wage hike had to be capped at 2 per cent. According to a recent CARE Ratings report, NPAs of the 26 banks that have declared Q4 results so far show a 15% jump over December quarter at Rs 7.31 lakh crore.

UFBU convener Devidas Tuljapurkar later pointed out that “It is only because of provisions towards NPA that banks have booked losses, and for this, bank employees are not responsible”.

He added that bank employees have worked tirelessly for implementation of government initiatives such as Jan-Dhan, demonetisation, Mudra and Atal Pension Yojana, among others, in the past two-three years, which resulted in a “huge increase in their workloads”.

In light of the above, according to the daily, Verma had advised the bank management to offer a fresh wage hike, adding that “as in the past, wage settlements, the officers from scale-IV to scale-VII were also covered so this time also they may be a part of the wage negotiations because excluding them may cause a fresh controversy which may not be conducive for amicable industrial relations”.

Zee Entertainment to merge with Sony India, here’s everything you need to know about the merger