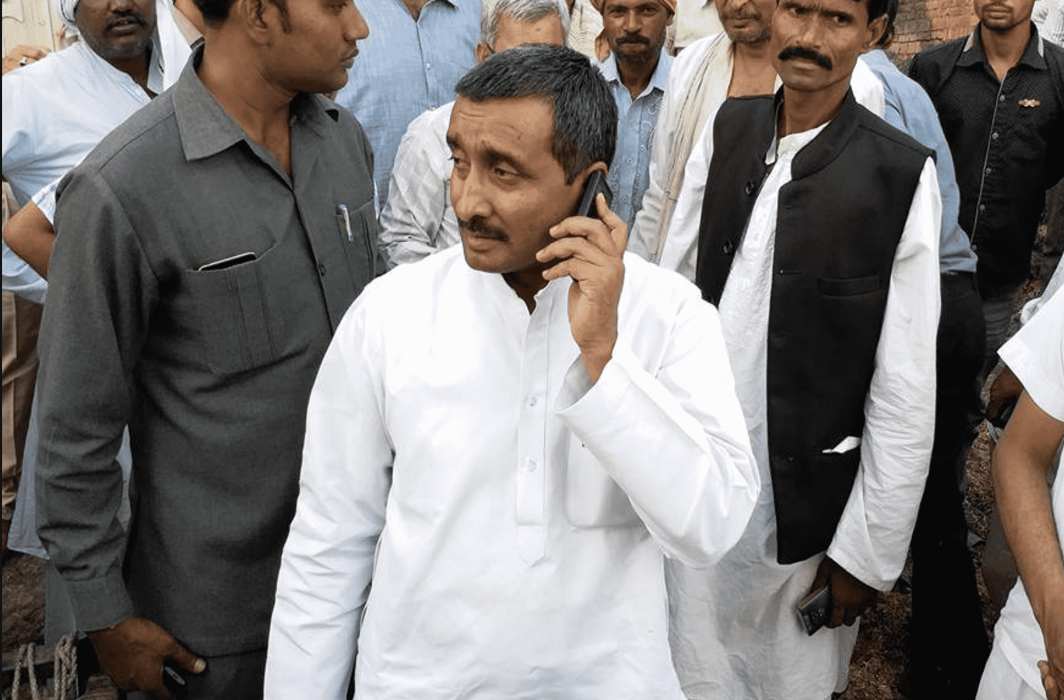 In the face of massive public outrage and criticism over the Unnao rape case and the huge embarrassment after Supreme Court’s stern orders today, Thursday, Aug 1, the BJP central leadership expelled Kuldeep Sengar, its MLA from Bangarmau, Unnao in Uttar Pradesh.

Sengar’s expulsion comes days after the Unnao rape survivor and her lawyer were critically wounded and two of her relatives were killed in a car crash involving a speeding truck that had its number plate painted black.

Sengar and his aides have been charged with attempt to murder in the police complaint on the crash, which is being investigated by the CBI.

The BJP’s decision is seen as belated after a year-long saga of police callousness, administrative neglect and bullying by a powerful rape-accused politician. The ruling party has faced intense criticism for not taking any action against the lawmaker for over a year.

According to reports, an urgent consultation held by BJP top brass in Delhi on Wednesday night with BJP leaders from Uttar Pradesh Swatantra Dev Singh and Sunil Bansal led to Sengar’s expulsion. Party realises a suspension is not enough, reports further added.

Reacting to Sengar’s expulsion, UP BJP spokesperson Rakesh Tripathi said that the Uttar Pradesh unit is yet to receive any information on the expulsion of the rape accused Kuldeep Singh Sengar from the party. According to media reports, he said, “The decision in this regard would have been taken by the top bosses in Delhi. Let me make it clear again that Sengar was suspended from the party the day allegations were levelled against him and BJP never favours a criminal no matter at how strong position he or she is.”

Earlier this week, the BJP had claimed that Kuldeep Sengar had been suspended in 2018, but had refused to say when this step was taken. It had not been reported anywhere. BJP UP spokesperson Rakesh Tripathi said, “We had not issued any press release then, but I am officially stating this now when you have asked me.”

While that was not known, newly elected BJP MP Sakshi Maharaj had felt no qualms when he had gone to meet Sengar in jail to thank him after the election results were declared.

The BJP’s announcement came after severe embarrassment in the Supreme Court for the party’s government in Uttar Pradesh.

The court today transferred four cases linked to the Unnao rape survivor out of Uttar Pradesh to Delhi, which was interpreted by many as validation of the fears of her family, which had written to Chief Justice of India Ranjan Gogoi alleging threats from the lawmaker.

The court also asked for a progress report from the CBI on the rape case that has not moved in over a year despite Kuldeep Sengar’s arrest in April 2018.

The girl has accused Sengar and his aides of raping her when she went to his home for a job in 2017. Her complaint was registered by the police only after she went public, staging a protest outside Chief Minister Yogi Adityanath’s Lucknow home and threatening to set herself on fire if she was not heard.

She took the step after her father was thrashed by Sengar’s brother and, in his badly wounded state, taken to jail instead of hospital and charged. The day after her protest at the chief minister’s home, her father died in custody.

Her uncle – father’s brother – was later booked in a case and is in jail as an undertrial.

On Sunday, July 28, the teen rape survivor, her lawyer and two aunts – one of whom is a key witness in the case – had gone to meet the uncle in jail when a speeding truck crashed into their vehicle, killing the two aunts and critically injuring the girl and the lawyer.

The family alleges that this was done under a conspiracy to eliminate the girl’s side. The girl had written to Chief Justice of India (CJI) Ranjan Gogoi expressing apprehension that she may be killed. Her lawyer, too, had reportedly expressed fears of being eliminated.

Today’s Supreme Court orders came as the CJI took up the case based on girl’s letter. He ordered the CBI to complete investigation in the crash case in seven days.