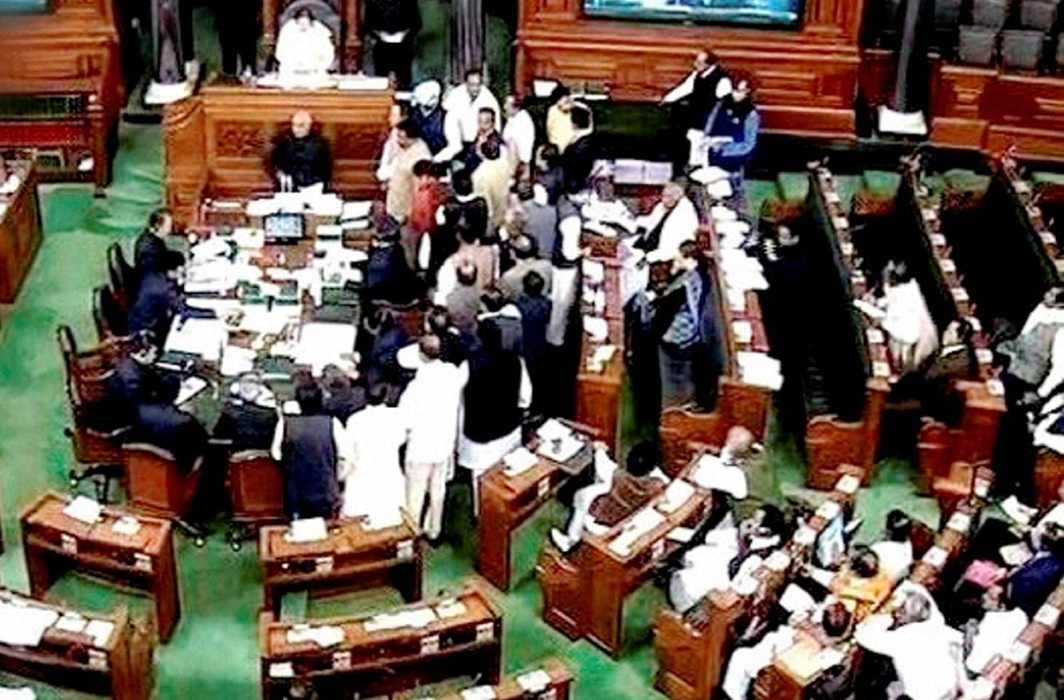 How are criminals feeling so emboldened, asked Adhir Ranjan Chaudhary, the leader of the Congress in the Lok Sabha, before his party MPs walked out of the House to protest the gruesome incident in Unnao, where a 23-year-old woman was thrashed, stabbed and set on fire by her alleged rapists.

She was on her way to the court for a hearing in the rape case on Thursday when five men, included two rape accused, attacked her.

According to reports, the woman, with 90 per cent burns, ran for almost a kilometre crying for help. One witness claimed that the woman was running in a ball of fire when he saw her screaming for help. He said he dialed the emergency 100 helpline and put his mobile on speaker to get the woman to speak to the police.

“The Unnao victim has 95% burns. What is going on in the country? On one hand there is a Lord Ram temple being built and on the other hand Sita maiya is set ablaze. How are criminals feeling so emboldened?” Chaudhary said in the Lok Sabha.

Union Minister Smriti Irani hit back at the Opposition for “politicising” rape cases. “Women safety and respect should not be given communal colour. A member used Telangana and Unnao incidents but selectively forgot Malda. Rape has been used as a political weapon in the West Bengal,” she said.

As Opposition MPs continued to shout slogans against her remarks, Irani reiterated that whatever happened in Telegana and Unnao was “shameful and accused should be hanged” but warned against “doing politics”.

Union Minister Prakash Javadekar condemned the way MPs behaved when she was speaking and demanded that they apologise to her.

Shiv Sena’s Arvind Sawant suggested that a law be constituted through which such (crimes against women) cases are heard directly by the Supreme Court. “Right now the procedure starts from lower courts and the process goes on and on. I appeal to you (Speaker) to set up a committee to discuss this,” he said.

One of the two men accused of raping the Unnao woman last year was granted bail 10 days ago. The other man had been on the run.

All the five men were arrested and the woman was airlifted to Delhi’s Safdarjung Hospital.

The woman in her statement said that she was on her way from her village in Unnao district to Rae Bareli where the trial in the rape case is going on.

“I was going to a local railway station at 4 am to catch a train to Rae Bareli. Five people were waiting for me. They surrounded me and first hit me on the leg with a stick and also stabbed me in the neck with a knife. After that they poured petrol on me and set me on fire,” the woman told the police from her hospital bed in Unnao.

“When I started shouting, a crowd collected and the police was called,” she said.

The incident, just days after the Hyderabad rape case in which the woman’s body was set of fire by the accused, triggered outrage in the Parliament. In a shocking twist, all four accused in the case were killed in a police encounter this morning.

The Rajya Sabha was adjourned for 30 minutes amid an uproar by opposition parties on Thursday.

Congress leader Priyanka Gandhi and Samajwadi Party president Akhilesh Yadav hit out at the Yogi Adityanath government in Uttar Pradesh over the law and order situation.

“Yesterday the home minister of the country and Uttar Pradesh chief minister lied that law and order in Uttar Pradesh has become good. Seeing such incidents every day leads to anger,” she said.

The Samajwadi Party demanded that the Adityanath government should step down.

“The state government should take moral responsibility of the incident and resign,” demanded Akhilesh Yadav.

The National Commission for Women (NCW) chairperson Rekha Sharma sought an action taken a report from the Uttar Pradesh police as well as a detailed report on the reported heinous crimes committed against women and bail granted in such cases in the last three years.

“Considering the gravity of the matter, it is requested to send a detailed action taken report in the matter from the date of filing complaint of rape by the rape survivor and strict action be taken against erring officials for not providing protection to the rape victim, if found guilty,” Sharma said in the letter.

Unnao has been in the spotlight after a young woman accused former BJP MLA Kuldeep Sengar of raping her.