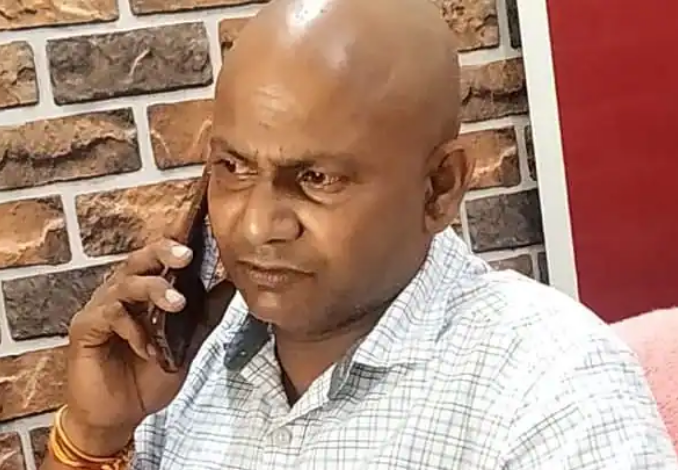 Sulabh suffered serious head injuries after his bike met with an accident in the Katra area. It is being said that the road was slippery due to rain and his motorcycle slipped and overturned cause him fatal head injuries.

Two days ago, Sulabh had written a letter to Additional director general of police saying his life is in danger as he has exposed the liquor mafia in Uttar Pradesh. Seeking protection, Srivastava had said he had been informed by sources that the liquor mafia was angry with him after the publication of his report and wanted to harm him or his family.

In a statement, the Pratapgarh police said Srivastava was returning on his motorcycle after media coverage, at around 11 pm at night on Sunday. He fell from his motorcycle near a brick kiln later some labourers lifted him from the road and then used his phone to call his friends. He was taken to the district hospital where the doctors declared him dead.

However, the death of the journalist is being considered an accident by the police while Sulabh’s letter to the ADG raises multiple questions over his death.

Surendra Dwivedi, a senior police official in Pratapgarh, said that the initial investigations have revealed he was alone on his bike and fell after his bike collided with a handpump by the road. he said the police is investigating other angles too.

Following the incident, the ABP News demands UP police to investigate the case considering the murder angle as well.

The death has led to a political war of words in the state. Hitting out at Chief Minister Yogi Adityanath and his government, Congress general secretary Priyanka Gandhi Vadra tweeted that the liquor mafia is rampant in the state from Aligarh to Pratapgarh but the UP government is silent.

Questioning on Yogi Adityanath’s poor law and order situation in Uttar Pradesh, she asked does the UP government, which nurtures Jungle Raj, have any answer to the tears of the family members of journalist Sulabh Srivastava?

Samajwadi Party spokesperson Sunil Singh Sajan also tweeted that even after informing the ADG police in writing, the police are unable to give any protection to the journalist who writes against the liquor mafia.

Terming the journalist death as murder, Aam Aadmi Party MP Sanjay Singh tweeted a journalist gets killed in UP for running news against liquor mafia, whereas a day ago Sulabh had written a letter to ADG apprehension of murder but everyone kept sleeping.