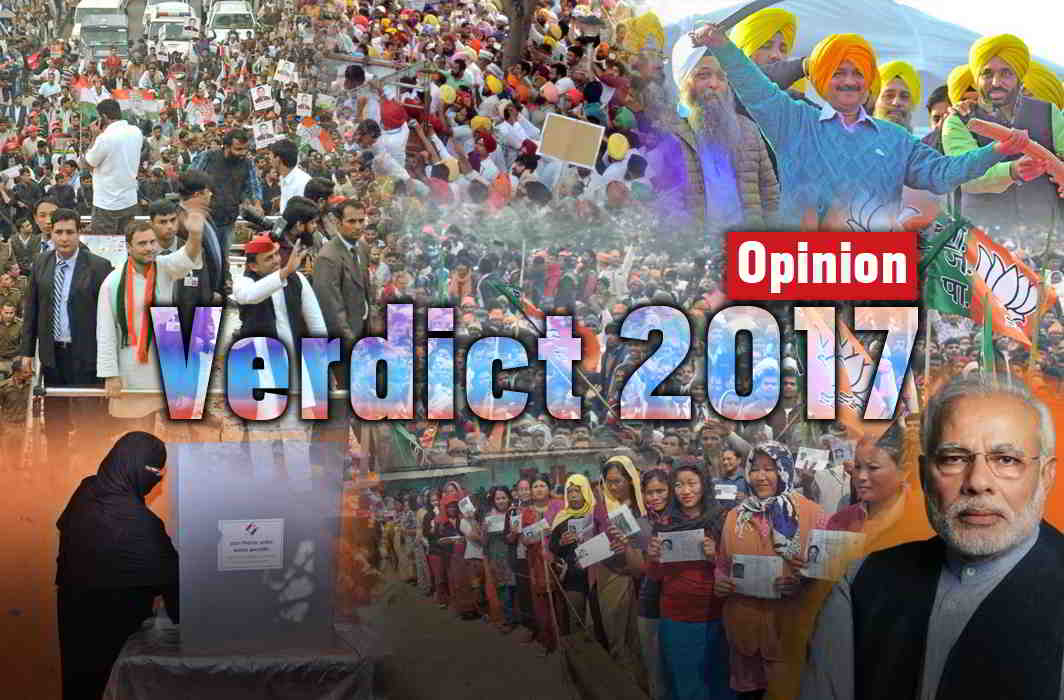 The temptation to focus exclusively on the verdict in Uttar Pradesh, and hence on Prime Minister Narendra Modi and Bharatiya Janata Party (BJP) president Amit Shah and the BJP is natural.  UP is big and important, but it is important to remember not for India but for itself. India seems to progress very well on the economic and social front despite UP lagging far behind. But most politicians and political pundits seem to believe that UP is key Indian politics and to ruling India.

The picture had changed in 2014, and it seemed that UP is back at the centre of Indian politics. BJP had won 71 seats in the Lok Sabha elections that year, and it enabled the party to go past the magical simple majority mark of 272 seats all on its own. The BJP managed to get 281 seats on its own. But the irony remains. Despite getting a landslide victory in UP, BJP just managed a simple majority in Lok Sabha. So, the importance of UP is simply exaggerated.

It is a known fact that no two elections are the same. The seats won will vary, and so will the percentage of votes. The seat tally might either go down or go up, and the vote percentage may remain nearly the same. This is not to take away credit from Modi, Shah and the BJP. Their assiduous work seems to have paid off. The party could have excited communal passion here and there it could have touched on the inflammatory communal card here and there. But it did not win this assembly election or the 2014 Lok Sabha election on a communal agenda despite elements of communalism in the poll campaign. To interpret the victory of BJP as the victory of communal forces in UP would be a distortion of facts.

What seems to have contributed to the overwhelming success of the BJP can be attributed to the split in the votes of SP due to the internal feud, the increasing marginalization of Congress. The poor performance of BSP will remain a puzzle, though the vote percentage remains impressive enough.

It is necessary to look at the assembly elections in the other four states. While BJP won Uttarakhand overwhelmingly, so did the Congress in Punjab. It has been a close fight in Goa and in Manipur, where BJP has an edge in Goa and Congress in Manipur.

The defeat of SP and BSP in UP should not be interpreted to mean that BJP has wiped out political opposition in the country as a whole. BJP has indeed emerged as a dominant party in the country’s politics, a position which was occupied by the Congress till the end of 1980s. The BJP had steadily climbed to the peak from 1991 to 2014 in Lok Sabha elections.