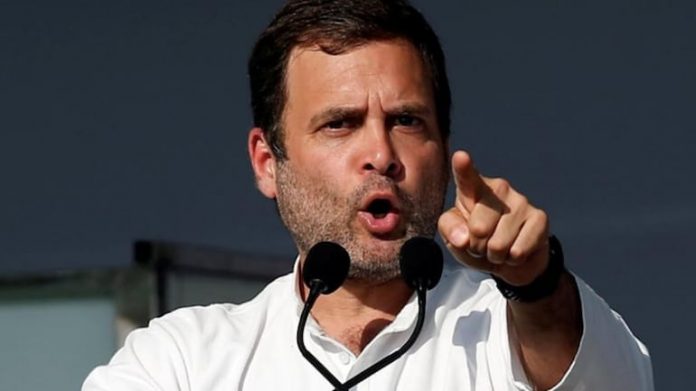 Congress leader, Rahul Gandhi on Wednesday demanded from the central government to provide the exact Covid related death data in the country and pay the compensation of Rs 4 lakh to the victim’s families. He also used the hashtag 4lakhdenaHoga in his tweet.

Former Congress chief on Wednesday has tweeted a 4 minutes and thirty seconds long video of the Victims family in Gujarat who have not received timely treatment and lost their loved one due to coronavirus. In his tweet, he blamed the BJP-led government for not handling the Covid situation in the country properly. He also launched the sharp attack on BJP’s Gujarat model, which it has projected as the best in the country.

In his video, Rahul said, when the BJP-led government had the chance to help the people in the toughest times, the people were seen standing alone and fighting the Covid situation by themselves. He also said, the families not only lost their family members but also their lifetime saving worth Rs 10-15 lakh just to save them, asking the centre to at least compensate the victim’s family now.

Gandhi further said, according to the Gujarat government, only 10,000 people died due to coronavirus in the state, which is a clear lie. He said, almost 3 lakh people have lost their lives fighting against Covid. The Congress workers have met and surveyed it, which reveals this data, he added in his video.

Congress leader, also said his party will surely pressurise the Bjp-led government, and it will make sure that compensation of Rs 4 lakh will be given to all the poor families who lost their kin due to coronavirus.

Meanwhile, Gujarat on Tuesday has witnessed 36 new Covid-19 cases, that pushed the infection tally to 8,27,267. The official said almost 5.10 lakh people have been given Covid vaccines on Tuesday, which has pushed the number of vaccines doses administered so far in the state to 7.79 crores.