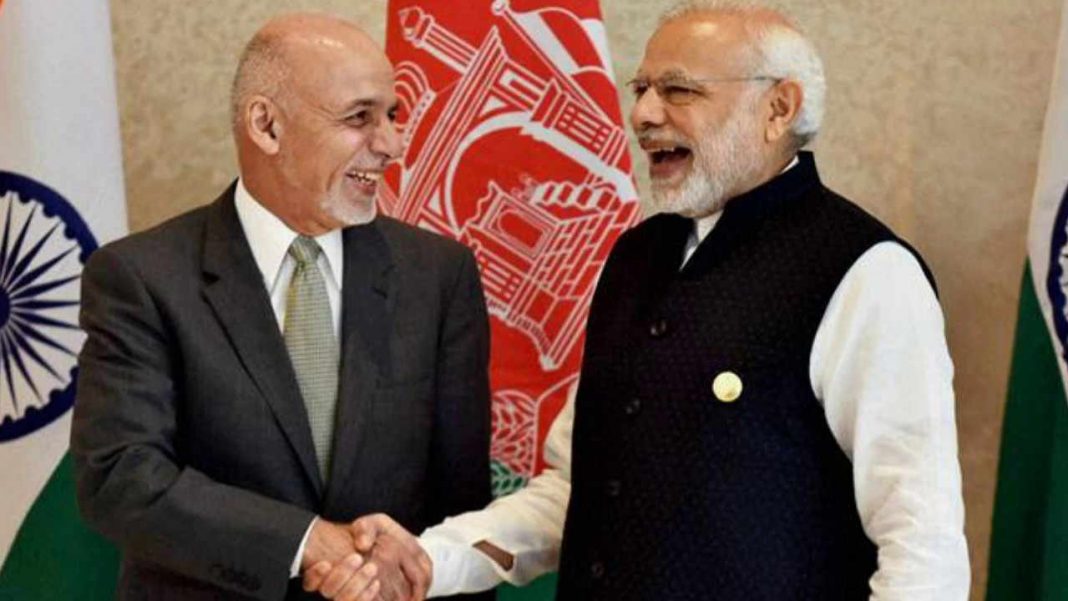 The India-US ties have been growing rapidly in the post Modi-Trump recent summit at White House. A powerful US Congressional committee has recommended that India, a regional major defense partner, is well suited to assist Kabul in its border security and New Delhi can work on trilateral basis.

The report attached with the National Defense Authorization Act (NDAA) 2018, the all powerful Senate Armed Service Committee said, “The committee also believes that timely actions by the Indian government to fill identified needs in Afghanistan would significantly benefit the short- and long-term security and stability of the region.”

According to reports from Washington, the Senate Committee headed by Senator John McCain said that US should leverage the capabilities of allies and partners to more effectively secure regional stability and security. “The committee believes that the US needs to recommit to the fight in Afghanistan and that India, as a major defense partner of the US and a contributor to regional security, has a critical role to play in this effort,” it said.

On last Friday, the US House of Representatives had passed a 621.5 billion dollar defense expenditure bill to advance cooperation with India. On the other hand, the House voted three legislative amendments to impose tougher conditions for reimbursement of 400 million dollars defense funding to Pakistan and made it conditional for “satisfactory progress” in fight against terrorism.

The Trump Administration and Pentagon has praised India’s present role in Afghanistan.

In February this year, General John W Nicholson, Commander of US Forces in Afghanistan had testified before the committee and appreciated India’s current role in that country. He said, “With over USD 2.0 billion development aid executed since 2002, and another USD 1.0 billion pledged in 2016, India’s significant investments in Afghan infrastructure, engineering, training, and humanitarian issues will help develop Afghan human capital and long-term stability”.

The Senate committee noted that General Nicholson highlighted the significant short-term material and training needs within the Afghan Air Force (AAF), and has personally urged India for its urgent support.

On June 25, Business Line, quoted top official source in New Delhi saying, “The US is keen to see India playing a greater role in its commitment towards counter-terrorism and as a result it may be asked to play a more meaningful role in stabilizing Afghanistan by sending its men to fight the elements of terrorism there.”

The daily further quoted Nandan Unnikrishnan, the Vice President of New Delhi based Observer Research Foundation (ORF), a foreign policy think-tank saying, “Trump may tell India to put the boots on the ground now in Afghanistan. With India’s usual complaints of cross-border terrorism, US may like to see India contributing more militarily. The rise of Taliban in Afghanistan in today’s world is more of a concern for India than the US.”

About two weeks ago, there were media reports emanating from Washington, Kabul and Islamabad that New Delhi may send 15,000 troops to Afghanistan.

This is not the first time when US is recommending more active role for Indian forces in US led operations overseas. In 2003, US had asked India to send its troops after the fall of Saddam Hussein regime in Iraq for stabilizing the situation. At that time Atal Bihari Vajpayee’s government had politely turned down the request.

Afghanistan has been witnessing trouble on its border with Pakistan. Tora Bora Mountains, where Osama bin Laden had reportedly remained absconding for years is situated in the same region. It is locally known as Spin Ghar which constitutes a cave complex, used by Al-Qaeda and Taliban for shelter.