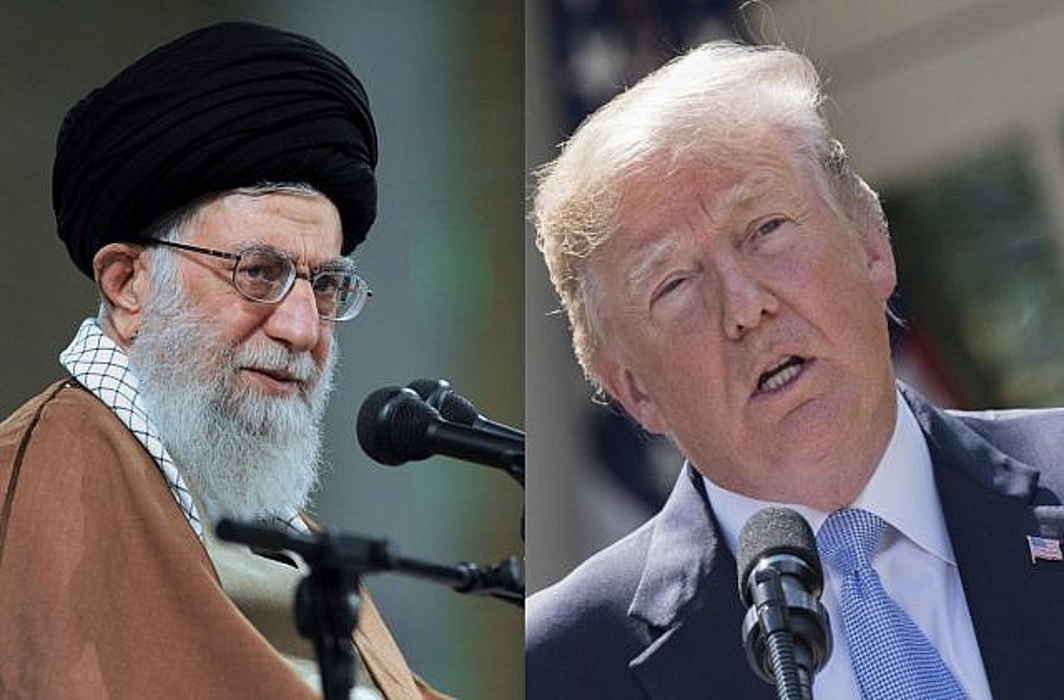 In an unprecedented move the United States administration has warned countries around the world  that they must stop buying Iranian oil before Nov 4 or face a renewed round of American economic sanctions. India is the second largest buyer of Iranian oil after China.

According to AFP, a senior State Department official warned foreign capitals “we’re not granting waivers” and described tightening the noose on Tehran as “one of our top national security priorities”.

The US move has come on the day when Iranian President Hassan Rouhani said that US left the multilateral  nuclear deal with Iran at a great cost, emphasising that Washington will fail to break the Iranian nation by resorting to “psychological” and “political” war.

He reportedly said on Tuesday, “The Islamic Republic’s tactful performance forced the Americans to leave the JCPOA (Joint Comprehensive Plan of Action) while bearing the highest cost.”

Rouhani further said the US was hoping all along that Iran too would leave the agreement shortly so the country’s case could be referred to the Security Council and made subject to the Chapter VII of the UN Charter- which authorizes the use of force.

On May 9, US President Donald Trump had withdrew the US from Iran nuclear deal and announced to re-impose US sanctions that had been suspended in January 2016 in return for controls on Tehran’s nuclear program. The JCPOA was signed in 2015 between Iran and P5+1, the five permanent Security Council members and Germany.

With the new warning to the countries buying Iranian oil to stop it by November 4, US is now stepping up pressure on other countries to follow suit, including European allies who begged him to stay in the accord. India, Japan and China had also asked US not to withdraw from the multilateral Iranian nuclear deal.

European countries have been attempting to negotiate exemptions for their firms, but the US official has confirmed that Trump intends to stick to his 180-day deadline, expiring Nov 4.

“I would be hesitant to say zero waivers ever,” he said, but added that the official position is: “No, we’re not granting waivers.”

AFP further reports that the senior US anonymous official has admitted that this would be unpopular. “I don’t think the Japan­ese answer was particularly different than other oil importing countries,” the official said. He also added that he plans to visit China and India soon to discuss the matter.

“This is a challenge for them, this is not something that any country that imports oil from Iran … wants to do voluntarily because, you know, we’re asking them to make a policy change”.

He further said, “China, India? Yes, certainly their companies will be subject to the same sanctions that everybody else is. We will certainly be requesting that their oil imports go to zero”.

On May 29, Minister of External Affairs Sushma Swaraj, while addressing her annual press conference, the day when she met Iranian foreign minister Javad Zarif in New Delhi, said, “We believe in UN sanctions. We don’t believe in country-specific mentions.”

On the same day, Iran’s foreign minister Javad Zarif told official IRNA news agency on his arrival at New Delhi that “ways to safeguard both countries’ economic interests” after US decision would be discussed in his meeting with Swaraj.

After meeting between the two foreign ministers, Iranian Embassy source told that exploring alternative channels for payments for crude imports, in face of US sanctions on Iranian companies, was discussed among other issues.

Similarly, Trump left the “historical” June 12 summit with North Korean leader Kim Jong-un in a hasty manner, a day before his earlier plan to depart from Singapore. Earlier these kind of “unfriendly” gestures were rarely seen in the international diplomacy.

Read More: Iran warns US not to withdraw from n-deal or face consequences

Since Trump occupied White House in January 2017, US administration has withdrawn from Paris Climate agreement, Iran nuclear deal and has threatened to leave NATO. In May last year a White House official said that Trump would consider leaving North Atlantic Treaty Organization (NATO) if member states do not follow through with pledges to increase their annual contributions to the alliance.