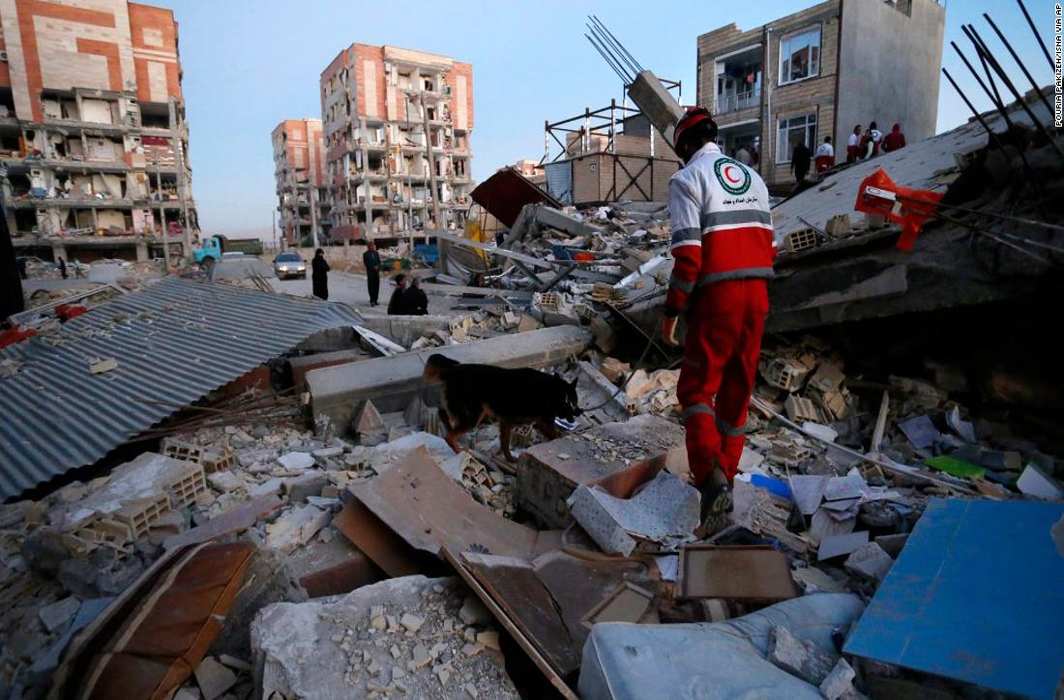 US offered condolences for the victims on Monday

The Iranian expats living in US have alleged that US Treasury Department has blocked online donations made by Iranians living outside to help the survivors of a recent powerful earthquake killing 432 people, injuring over 9000 and destroying more than 12000 homes in areas closer to Iraq border.

According to Tehran based Press TV, Tohid Najafi, a medical professional based in Detroit has told Qatar based Al Jazeera that the Treasury blocked the Facebook page he had set up Monday to raise money for the victims and survivors of the 7.3-magnitude earthquake.

​ But he was disappointed when he received a message from Facebook, informing him the funds “will not be released,” until he delivers the required authorization from the US Department of Treasury.

Similarly, a New York-based Iranian-American journalist, Tara Kangarlou, started another fundraising campaign to help the earthquake victims. Within first 30 minutes, $2,000 was chipped in on the YouCaring fundraising website.

But, YouCaring also cancelled Kangarlou’s page, saying that her fundraiser had been removed “because the country you provided is part of an embargoed region.”

​The letter from YouCaring said, “The United States Treasury Department does not allow our platform to disburse funds directly to, or be routed by proxy to a state or person that is currently located in an embargoed region.”

The website also said that WePay, is not authorized to do business with Iran.

The Iranian journalist was quoted saying, “As soon as they saw the name Iran, that this is for Iran earthquake, they freaked out. YouCaring did not care, nor did WePay, what a shame,” she said.

Since the 1979 Islamic revolution US has imposed wide-ranging economic sanctions against Iran for different reasons. Some restrictions were lifted after the 2015 nuclear deal.

The shocking report of creating hindrances in transferring donors funds for the earthquake victims comes despite US Treasury’s exemptions in its policy on disaster relief for Iranian individuals.

US had offered condolences to the affected Iranian and Iraqi nationals in the powerful earthquake.

The US State department spokesperson Heather Nauert was quoted saying on Monday, “The United States expresses its sincere condolences to all of those affected by the earthquake in Iran and Iraq. We keep the families of those who were killed, and injured, in our thoughts as well as the communities that have suffered damage to homes and property.”