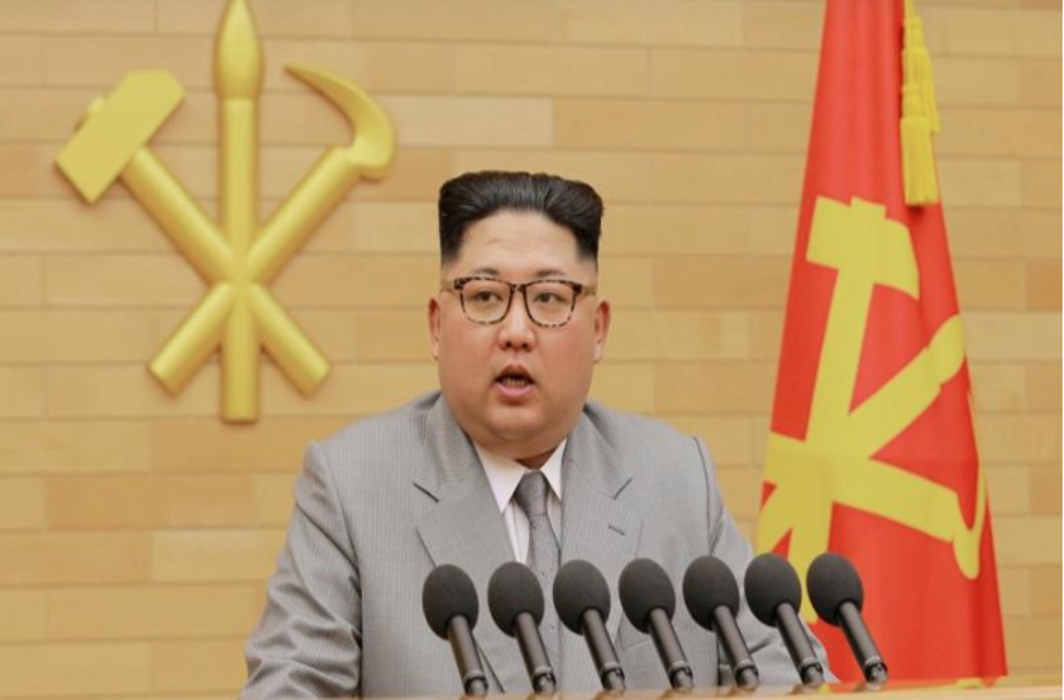 Japan calls it “positive” with caution

The US and China have, on Saturday, welcomed North Korea’s decision to halt its nuclear and missile tests and shut down its nuclear test site ahead of its summit with South Korea and Unites States. However Japan has called it a “positive” development with caution.

Earlier on Saturday morning, North Korea’s state media announced that country would immediately halt nuclear tests and intercontinental ballistic missile tests and shut down the Punggye-ri nuclear test site located in the northern area of the country. This was part of its “bid to pursue economic growth and peace in the Korean peninsula”. Pyongyang is three hours ahead of New Delhi.

The move comes as North Korea is planning to hold summits with South Korea and Unites States. Denuclearization is likely to top the agenda during the historic talks.

A message from Kim Jong Un: “North Korea will stop nuclear tests and launches of intercontinental ballistic missiles.”
Also will “Shut down a nuclear test site in the country’s Northern Side to prove the vow to suspend nuclear tests.” Progress being made for all!

In his earlier tweet Trump said it was good for North Korea and the world.

North Korea has agreed to suspend all Nuclear Tests and close up a major test site. This is very good news for North Korea and the World - big progress! Look forward to our Summit.

China’s foreign ministry has also welcomed the North Korean move to halt nuclear and missile tests, which,  it says would help ease tensions on the Korean peninsula and promote denuclearization.

“The Chinese side believes that North Korea’s decision will help ameliorate the situation on the peninsula,” the Ministry of Foreign Affairs said in a statement on its website. “China welcomes this.”

According to official Japanese news agency Yonhap, Prime Minister Shinzo Abe has welcomed North Korea’s decision calling the latest development “positive,” but cautioned that it remains to be seen whether the action would lead to a complete, verifiable and irreversible dismantlement of the North’s nuclear program. He was quoted saying “We will surely pay close attention”.

He made it clear that Japan and US discussed their cooperative approach against various possibilities regarding the North during their recent summit talks in Florida. Japanese PM also promised to maintain close cooperation with South Korea and the US in dealing with the North’s nuclear issue going forward.

Meanwhile, Japanese Defence Minister Itsunori Onodera told reporters in Washington that it “can’t be satisfied” with North’s latest action as Pyongyang did not mention the abandonment of its short and mid range missiles capable of hitting Japan. He warned that Tokyo will continue to put maximum pressure on Pyongyang.

North Korea fired intermediate range ballistic missiles twice, in September and November last year, passing over Japan’s northern island of Hokkaido. The whole country was shocked with North Korea’s behaviour. Japan is US ally along with South Korea in the region. Three countries have also conducted joint exercises in the Pacific Ocean close to North Korea.

In another positive development, ahead of the first inter-Korean summit in over a decade, officials have announced that North and South Korea have set up a telephone hotline between their two leaders. This is the first such a direct line of communication between Kim Jong Un and Moon Jae In, who are due to meet later this month.

Both sides conducted successful test calls between the South’s presidential Blue House and the North’s State Affairs Commission, which is headed by Kim Jong Un.

According to North Korea Times, Youn Kun-young, a senior Moon aide, told journalists, “The historic direct telephone line between the leaders of the South and North was connected a short while ago. The test call went on for 4 minutes and 19 seconds starting at 3.41pm with both sides speaking to each other. The connection was smooth and the voice quality was very good. It was like calling next door.”

Last month North and South Korea had agreed to set up the phone link when Moon’s top security adviser travelled to Pyongyang for an unprecedented meeting with Kim, who had then agreed to hold the inter-Korean summit. This would be third inter-Korean summit between the two countries. Earlier top leadership met in 2000 and 2007.

The leaders of two Koreas are planned to meet on April 28 on the South Korean side of the Joint Security Area.

Since the 1950-53 Korean War ended in an armistice, with neither side able to claim an outright victory the two states remain technically at war. North Korean leader Kim Jong Un is expected hold a summit with US President Donald Trump sometime in late May or early June this year. Trump had endorsed the North Korea-US Summit about an hour after receiving the report.