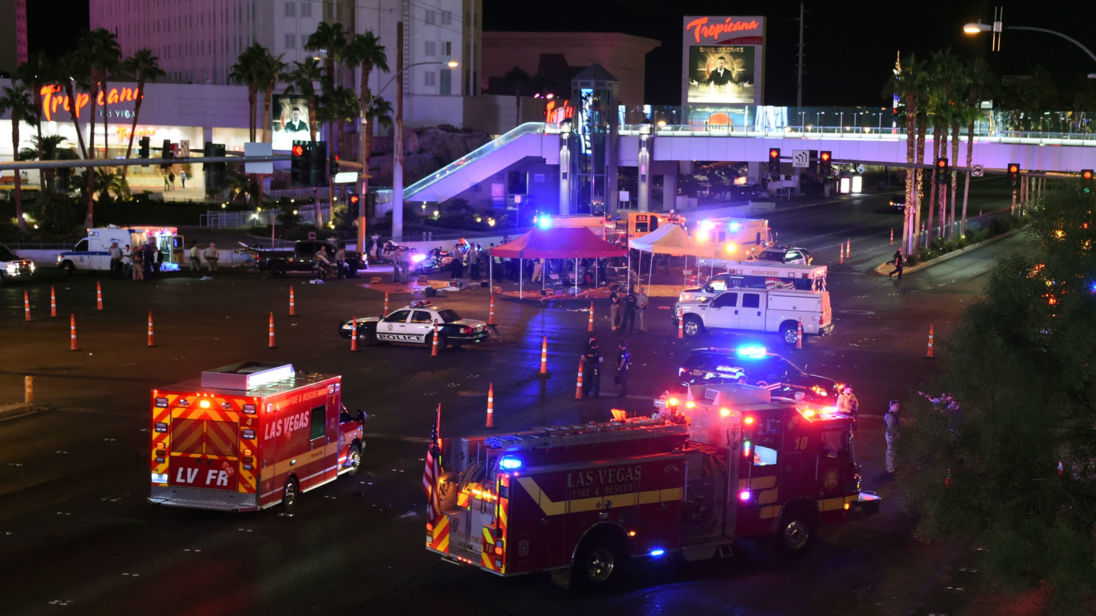 The US Law enforcement agencies have not yet found any clue on the intention of Stephen Paddock who opened indiscriminate fire on a crowd of over two thousand people in a music festival in Las Vegas. The attacker killed 59 people and injured over 500 others.

However, Paddock’s abnormal behavior was confirmed after security agents found 42 guns: 23 from his hotel room and 19 from his residence. Paddock had reportedly brought in at least ten suitcases to his hotel room over a period of time.

The police official, while addressing a press conference on Monday said, “We believe Paddock is solely responsible for this heinous act.”  The attacker was alive when he made first contact with (police) officers. A team of six officers spoke with security at the Mandalay Bay Resort and Casino, where the assassin was staying.

The attacker fired at the police officers through the door and shot a security guard. A  Special Weapons & Tactics (SWAT) team broke the hotel room door and found Paddock dead.

Police searched the gunman’s home in Mesquite, Nevada, where they found 19 firearms, explosives and several thousand rounds of ammunition and some electronic devices.

Investigators have also failed to find any link between the attacker and any international terrorist groups. Earlier IS (Daesh) had claimed responsibility for the attack. They suspect that the gunman might have had psychological issues. However, there is no confirmation to that effect so far.

The incident caused horror and disbelief across the country. President Donald Trump offered his warmest condolences through of his twitter post. However, Democrats said that massacre underlined the need of new firearms laws while Republicans offered condolences and prayers only.

Paddock, a 64 year old retired person was indulged in gambling, who lived in a quite community of senior citizens and played golf. He had no criminal history and drew little attention to himself.

Meanwhile, Eric Paddock, brother of the attacker, said on Monday that his family was stunned by the incident. He said, “We are completely dumbfounded. We can’t understand what happened.” He said he had never known his brother to have so many guns. “He might have had a gun or two, but he didn’t have a huge stock of guns,” he said.