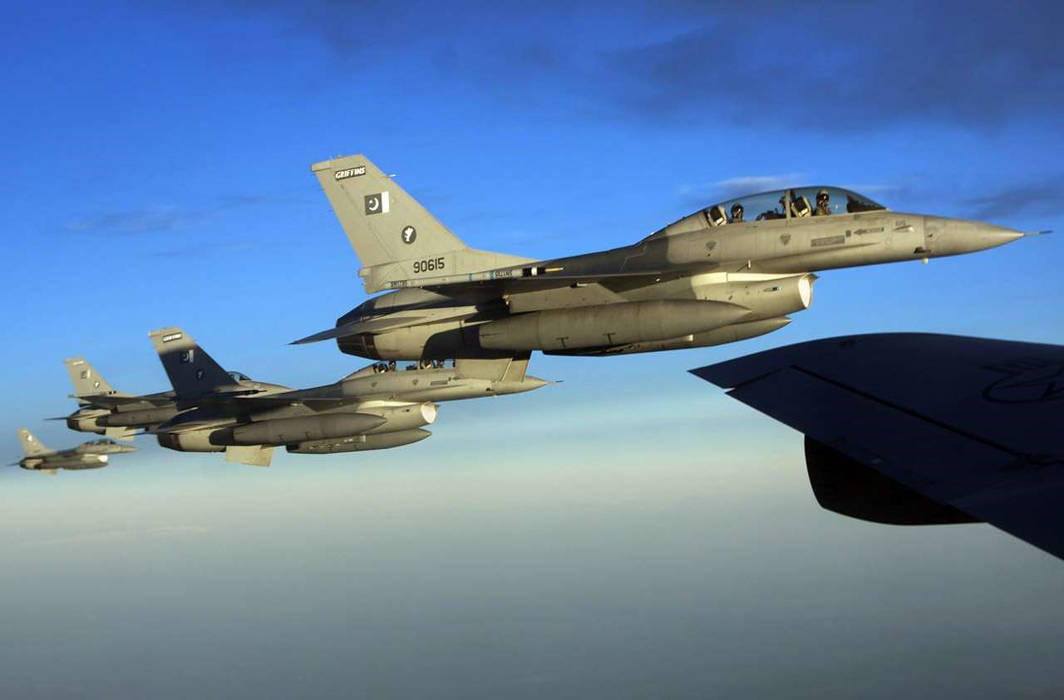 American news publication, Foreign Policy has claimed that no F-16 fighter jets are missing, in a report quoting unnamed US defense officials. “Two senior US defense officials with direct knowledge of the situation told Foreign Policy that U.S. personnel recently counted Islamabad’s F-16s and found none missing,” the publication says in a report published on Thursday (April 4).

The finding by the US on the ground in Pakistan “directly contradicts” India’s claim that its air force shot down an F-16 fighter jet during an aerial dogfight on February 27.

The Indian Air Force on February 28 displayed pieces of the AMRAAM missile, fired by a Pakistani F-16, as evidence to “conclusively” prove that Pakistan deployed US-manufactured F-16 fighter jets during an aerial raid targeting Indian military installations in Kashmir.

Pakistan had categorically said that no F-16 fighter jets were used and denied that one of its planes had been downed by the Indian Air Force (IAF).

According to the Foreign Policy magazine, Pakistan invited the United States to physically count its F-16 planes after the incident as part of an end-user agreement signed when the foreign military sale was finalised.

“A US count of Pakistan’s F-16 fleet has found that all the jets are present and accounted for, a direct contradiction to India’s claim that it shot down one of the fighter jets during a February clash,” Lara Seligman of the magazine reported on Thursday.

An associate professor of political science at MIT, Vipin Narang, told FP that although the news likely won’t affect Indian voters, it may affect Delhi’s dealings with Pakistan in the future.

“As details come out, it looks worse and worse for the Indians,” Narang said. “It looks increasingly like India failed to impose significant costs on Pakistan, but lost a plane and a helicopter of its own in the process.”

In an interview to India Today, the Defence Minister, Nirmala Sitharaman had said: ”We are definitely saying that an F-16 was knocked out by us and initially, the Pakistan Prime Minister claimed that two pilots were with them. One of the pilots was ours and returned as per the norms. Who is the other pilot?”

India launched a counter-terror operation against a JeM training camp in Balakot. The next day, Pakistan Air Force retaliated and downed a MiG-21 in an aerial combat and captured its pilot, who was handed over to India on March 1.

Tensions between India and Pakistan escalated after the suicide bomber of JeM killed 40 CRPF personnel in Jammu and Kashmir’s Pulwama district on February 14.