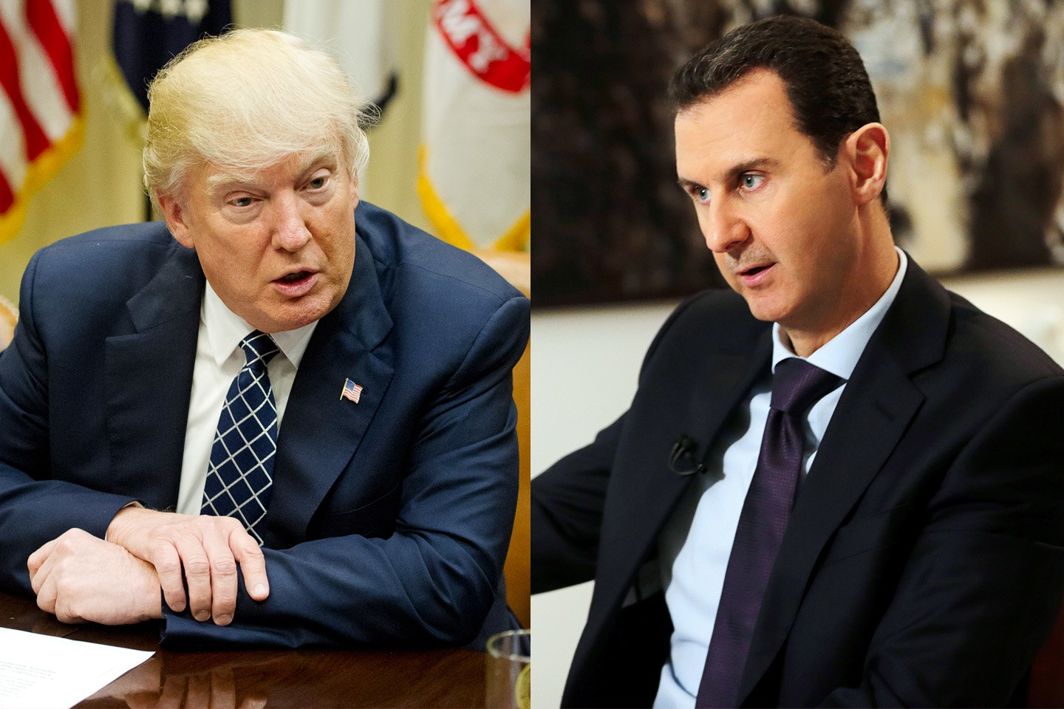 Amidst conflicting reports about presence of chemical weapons with Syrian government, senior US officials have claimed President Donald Trump is prepared to launch military action, if necessary, against Damascus, which they claim is possibly developing new types of chemical weapons.

According to reports the officials told media persons in Washington on Thursday that President Bahsar al-Assad government has saved a part of the chemical weapons stockpile despite a US-Russian deal under which Damascus had agreed to handover all such weapons for destruction in 2014.

The US officials claimed that Syrian armed forces have “evolved” their chemical weapons and occasionally used them in smaller amounts since 2017. However, they declined to provide specific details about the alleged Damascus moves for developing or maintaining chemical weapons.

Declining to specify how serious a chemical attack would have to be to draw a fresh US military response the US official said,”We reserve the right to use military force to prevent or deter the use of chemical weapons.”

However, another official said that the Trump administration hopes that stepped-up international sanctions and diplomatic pressure against Damascus will help rein in Syria’s chemical weapons program.

He was of the opinion that if international community does not act quickly to tighten the screws on Mr Assad, Syria’s chemical weapons could spread beyond its borders and possibly even “to US shores”.

The US officials further said that Syrian authorities appeared to have embraced ground-based means for launching chemical strikes rather than the air attacks because the ground-based operations are difficult to detect. “They think they can get away with it if they keep it under a certain level,” the official said.

In April 2017, during the height of military action against Daesh (IS) more than 80 people reportedly died in sarin gas attack on Khan Shaykhun in Idlib Province. US administration had alleged that Assad regime had used the banned weapon. It was followed by missile strikes by US military on a Syrian air base.

However, Syria and Russia had rejected the US claims, suggesting that militants might have detonated the chemical weapons on the ground. Washington has acknowledged supporting anti-Assad groups on several occasions.

Meanwhile US Defence Secretary James Mattis said on Friday that the Syrian government would be ill-advised to “go back to violating the chemical (weapons) convention”. However, he acknowledged of not having seen evidence of the nerve agent sarin used by the Syrian government.

In June last year, the fact finding team of  Organization for the Prohibition of Chemical Weapons (OPCW), published the results of its probe of the April 4 incident confirming that the nerve gas sarin was used in Khan Shaykhun incident.

However, Russia described the OPCW report as “very biased” arguing the report failed to address the question of who was responsible for the use of the chemical substance.

US Secretary of State Rex Tillerson, while claiming that Syrian government has used chemical weapons against militants in recent operations, said last week that Russia bears some responsibility for failing to enforce the chemical weapons ban on Syria.

However, Russia has denied any complicity and Damascus has denied of carrying out any of the attacks. Instead Assad government said that the accusations were aimed to hinder efforts to find peaceful solution to the conflict.