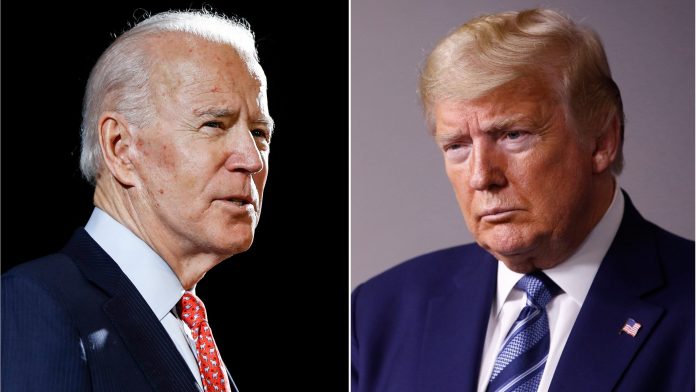 The battle is on for the post of 46th President of the United States between incumbent President Donald Trump and his Democratic challenger Joe Biden. The initial results of US Elections have started trickling in following record voting, which saw 100 million Americans exercise their voting right ahead of Election Day. As per the results, Biden is currently ahead with 224 electoral votes. Trump, on the other hand, has 213 votes in his kitty. The magical number required for securing victory is 270 Electoral College votes.

Confident of his victory, an excited Trump tweeted that he will be making a statement this evening, while Biden asked people to keep the faith and said it is not over till the last ballot is counted.

Edison Research/Reuters divided the states into five categories based on who they were likely to vote for before Election Day. These include Solid Democratic, Lean Democratic, Solid Republican, Lead Republican and Toss-up states. As the name suggests, in solid states, one party’s candidate’s win is almost certain. In lean states, one candidate has more chance of winning than the other. Toss-up states are likely to play a key factor in this election as they can swing in any direction and play a role in deciding the fate of the two candidates. According to experts, Florida was being termed as a make-or-break state for both candidates. Trump managed to win the crucial state by a 51.3 percent to 47.8 margin.

Also Read: Ahead of US presidential election, prayers for Kamala Harris in Tamil Nadu, for Donald Trump in Delhi

Meanwhile, Representative Alexandria Ocasio-Cortez has got a second term in the US House of Representatives. Cortez beat Republican challenger John Cummings to get re-elected.
.