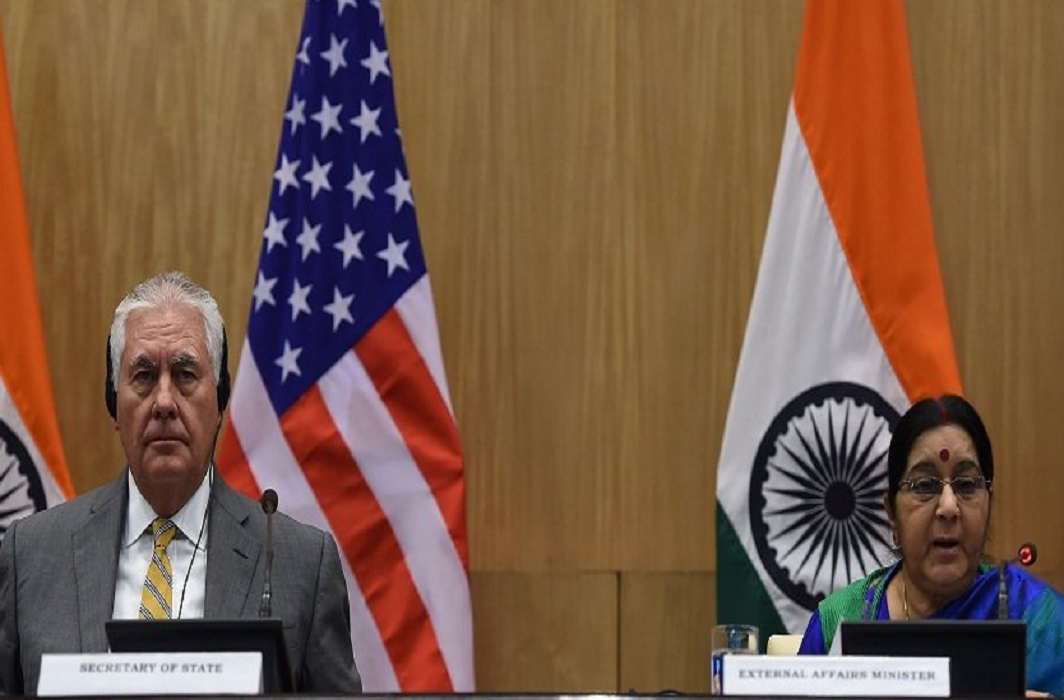 In a major diplomatic victory against Pakistan, India has received US support in slamming its western neighbor for providing safe havens to terror outfits. This was clearly said during a joint press conference of visiting US Secretary of State Rex Tillerson and Minister of External Affairs Sushma Swaraj on Wednesday.

Sushma Swaraj emphasized that Pakistan needs to act against the terrorist organizations operating within the country, while Tillerson, who arrived here after a day-long visit to Islamabad, said that they were putting in place a mechanism to deny these outfits the ability to launch attacks against other countries.

Secretary of State Tillerson said, “In my discussions in Islamabad, we were frank to conclude that there are too many terrorist outfits that find safe havens in Pakistan. We are putting in place a mechanism to deny these outfits the ability to launch attacks against other countries.”

Sushma Swaraj emphasised that “US President Donald Trump’s policy on terrorism can only succeed when Pakistan takes an action against the terror groups.”

The US Secretary of State visited Islamabad on Tuesday, where he has reportedly reiterated Trump’s message that Islamabad must increase its efforts to eradicate the militants and terrorists operating within the country.

US State Department’s Spokesperson Heather Nauert, while briefing about Tillerson’s India visit, has said that he will meet with senior Indian leaders to “discuss further strengthening of our strategic partnership and collaboration on security and prosperity.”

The much-awaited trailer of Varun Dhawan and Sara Ali Khan starrer Coolie No.1 finally dropped on Saturday. The latest offering from...
Read more