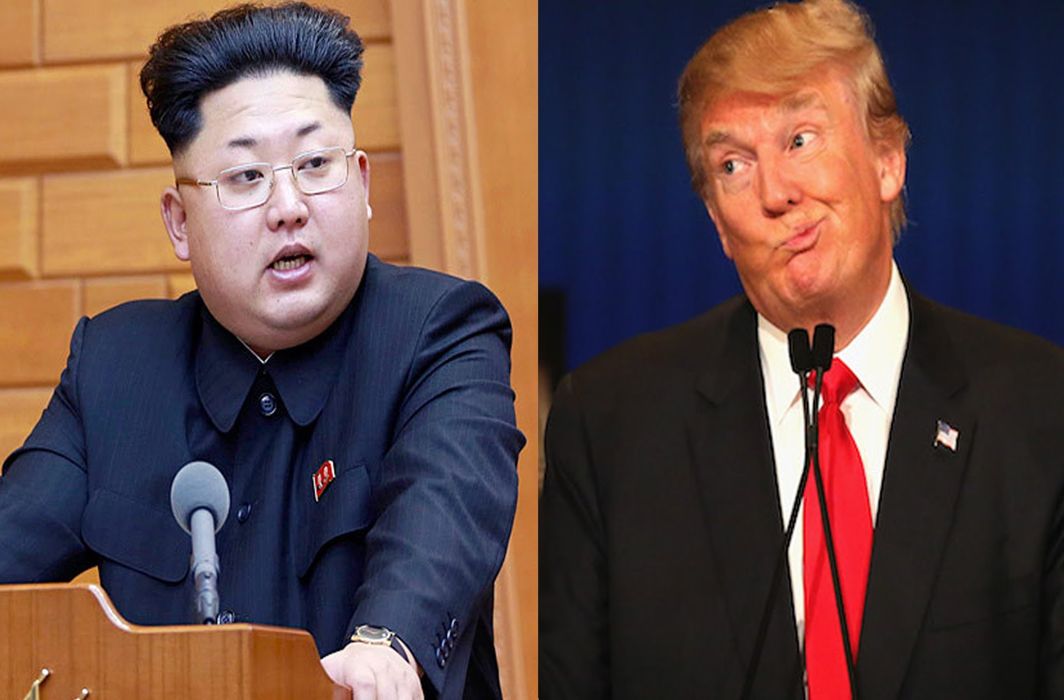 Pyongyang threatens to shoot down US bombers

US and North Korea seem to be inching closer to the possibility of war with massive repercussions. North Korea’s foreign minister says that President Donald Trump had declared war on his country and Pyongyang reserves the right to take countermeasures, including shooting down US bombers even if they are not in its airspace.

Rodger Baker, the Vice President of Strategic Analysis told CNN on Tuesday that the war of words between North Korea and the US could be pushing the region closer to the brink of “accidental conflict”.

“The North Koreans assume that the threats will be enough to restrain US action but the US might be thinking the same thing, so you end up in a situation where a provocation from one side is seen by the other as an actual move towards war,” he said.

Ri Yong Ho, the North Korea’s foreign minister, while talking to journalists on Monday in New York said that President Trump had “declared a war” on his country by tweeting that North Korea “won’t be around much longer”. He said, “In light of the declaration of war by Trump, all options will be on the operating table of the Supreme leadership of DPRK.”

Just heard Foreign Minister of North Korea speak at U.N. If he echoes thoughts of Little Rocket Man, they won't be around much longer!

However white House Secretary Sarah Sanders chose to quickly respond on Monday saying that US had not declared war. She was quoted saying, “Frankly, the suggestion of that is absurd”. She further said it is “never appropriate” to shoot down another nation’s aircraft in international waters and the US administration plans to continue to protect the area.

Earlier on Monday, State Department’s spokesperson Katina Adams said that US seeks a “peaceful denuclearization of the Korean Peninsula.”

Meanwhile, South Korean government, threatened with obvious destruction in case of the immanent war, has been desperately calling calm on both sides. South Korean foreign minister Kang Kyung-wha, while speaking to journalists in Washington on Monday, said the US has to help reduce tensions on the peninsula.

She said, It is very likely that North Korea will conduct further provocations,” she said. “It is imperative that we, Korea and the US together, manage the situation … in order to prevent further escalation of tensions or any kind of accidental military clashes which can quickly go out of control.”

According to Col. Rob Manning, a Pentagon spokesman, the US military “will take all options to make sure that we safeguard our allies and our partners and our homeland so if North Korea does not stop their provocative actions we’ll make sure we provide options to the President to deal with North Korea.”

Earlier, while addressing UN General Assembly on Saturday, Ri said that Trump had made a missile attack on the US mainland inevitable by insulting the dignity of North Korea. He was quoted saying, “None other than Trump himself is on a suicide mission. In case innocent lives of the US are harmed because of this suicide attack, Trump will be held totally responsible.”

On Tuesday last, Donald Trump, in his address at UNGA, threatened to “totally destroy” North Korea if the US was forced to defend itself or an ally. He threatened while posting his tweet on Friday that Kim was “obviously a madman” who would be “tested like never before”.

The North Korean leader Kim Jong Un, responded in a rare television statement, saying that Trump would “pay dearly” for the threats and accused him of being “mentally deranged”.

The North Korean leader had earlier responded to Trump’s “fire and fury” warning with threat to bomb a nuclear weapon to convert US into “ashes and darkness”.

On Saturday, the US military sent a tough message to Pyongyang by flying B-1B Lancer bombers from Guam and F-15C Eagle fighter escorts from Okinawa, Japan in international space over waters east of North Korea. Similar exercises were reported on Monday as well.