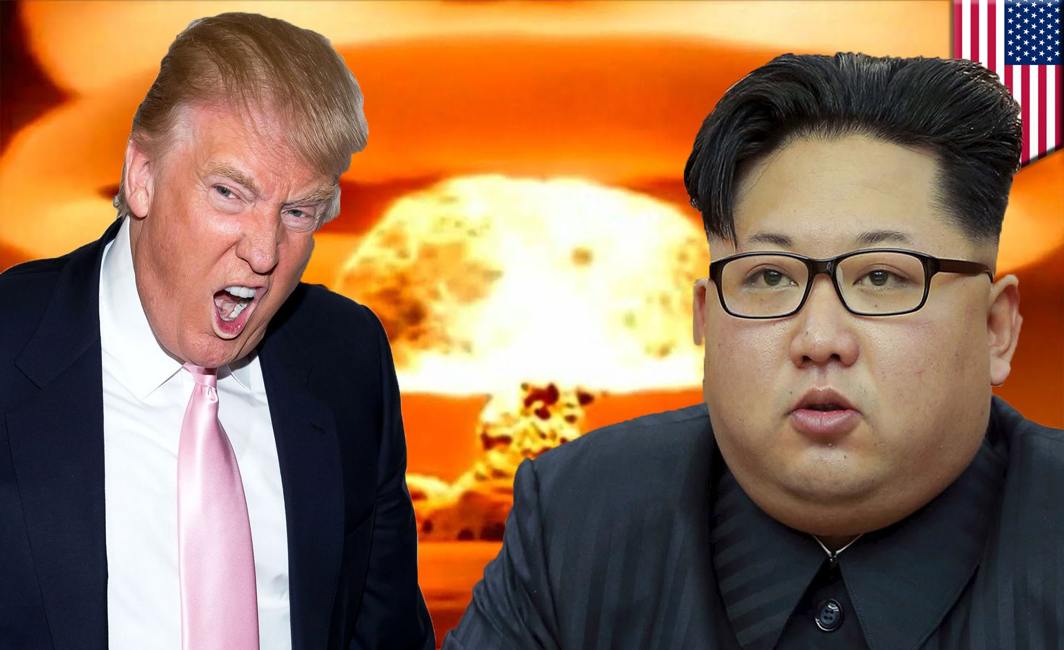 Now the Trump administration seems to be “readying itself” to face a possibly huge crisis emerging from its Western neighbor North Korea. The recent Inter-Continental Ballistic Missile (ICBM) tests by Pyongyang provoked Washington to impose one billion dollar economic sanctions. It was followed by President Trump’s warning to Pyongyang not to make any more threats against the US or they will “face fire and fury like the world has never seen” before.

On Wednesday, world woke up with a very harsh response from Pyongyang. North Korea’s official news agency Korean Central News Agency (KCNA) reported that Korean People’s Army (KPA) strategic force is now “carefully examining” the operational plan for making an enveloping fire at the areas around Gaum with medium to long range strategic ballistic rocket Hwasong-12 in order to contain the US major military bases including the Anderson Air force base in which the US bombers are stationed.

The statement issued by the spokesman of the Korean People’s Army (KPA) said that the strike plan would be put into practice in a multi-concurrent and conservative way any moment once Kim Jong Un, the supreme commander of the nuclear force of the DPRK, makes a decision. The statement further said “the execution of this plan will offer an occasion for the Yankees to be the first to experience the might of the strategic weapons of the DPRK closest.”

Donald Trump, while speaking during a photo op at the Trump National Golf Club in Bedminster, New Jersey,  on Tuesday, reportedly said, “North Korea best not make any more threats to the United States. They will be met with fire and fury like the world has never seen… he has been very threatening beyond a normal state. They will be met with fire, fury and frankly power the likes of which this world has never seen before.”

Trump’s statement came in the backdrop of the assessment made by US intelligence analysts that North Korea has produced a miniaturized nuclear warhead.

On Monday, two US B-1 bombers flew from Guam over the Korean Peninsula as part of its “continuous bomber presence,” a US official said.

The North Korean official statement on Wednesday began saying, “Recently, the U.S. test-fired ICBM Minuteman-3 at its Vandenberg Air Force Base in California State targeting the DPRK, the fourth one this year, openly staged an actual nuclear strike drill targeting the strategic objects of the DPRK by mobilizing its nuclear strategic bombers formation stationed at its Anderson Air Force Base on Guam in the Pacific. It is driving the regional situation to an extreme pitch by bringing various kinds of nuclear strategic hardware before the very eyes of the DPRK. The Strategic Force of the KPA has taken special note of such maneuvers.”

Meanwhile Eddie Calvo, the Governor of Guam said on Wednesday that North Korea’s warning of possible missile attack on the US pacific territory was not threat and the island was prepared for “any eventuality” with defenses strategically placed to protect its people. He further said, “Guam is American soil…We are not just a military installation.”

He said that he contacted the white House and had been told by the defense and homeland security departments that there was no change in the threat level.

Gaum, an unincorporated and organized territory of the US, is located in the western Pacific Ocean with a civilian government in place. The 544 square kilometer territory’s capital is Hagatha. It is 9,813 kilometers away from Los Angeles, situated in the south-west US mainland.