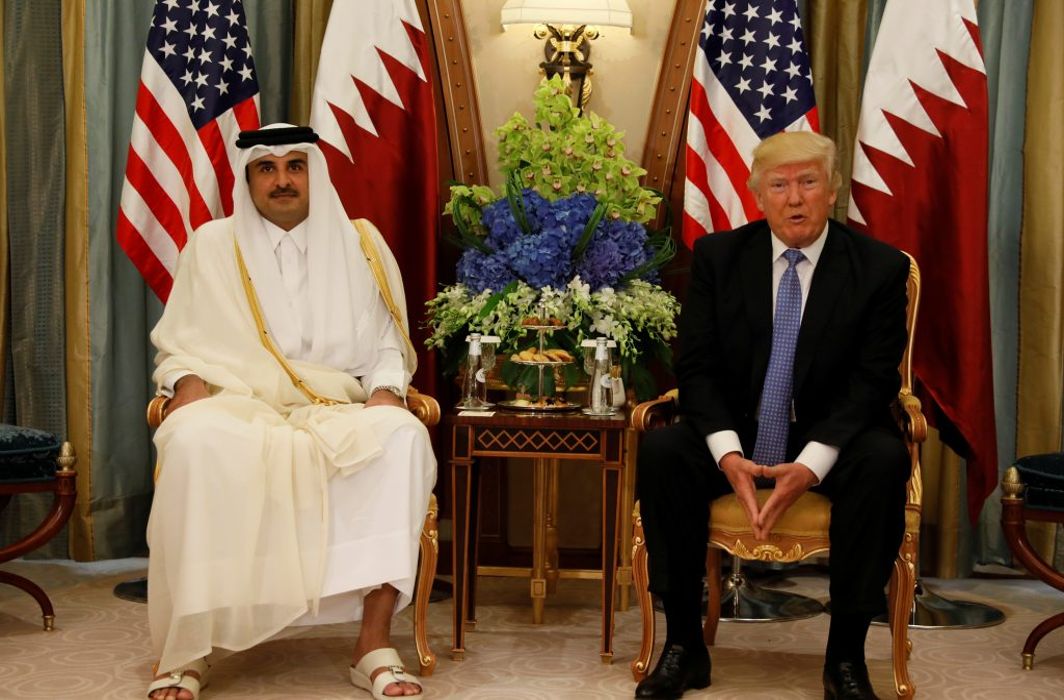 UAE raise alarm on alleged interception of its aircraft by Qatar

In a major balancing act US President Donald Trump has praised Qatar’s efforts to combat “terrorism and extremism” and reiterated his support for a united Gulf Cooperation Council (GCC) that “focused on countering regional threats”.

US president spoke to Qatar’s emir Tamim bin Hamad Al-Thani by phone on Monday. The Emir was in Ankara where he met Turkish President Recep Tayyip Erdogan.

According to Aljazeera, the emir’s conversations with the two leaders came as the seven-month-old Gulf crisis took a turn for the worse. The UAE has accused Qatar’s air force of intercepting its commercial aircraft flying from the UAE to Bahrain. Qatar has denied the allegations.

Qatar is currently facing isolation from Saudi Arabia led quartet including UAE, Bahrain and Egypt since June 5. The four countries had severed their diplomatic, land and air ties with the tiny but rich gulf nation. They accused of supporting terrorism and demanded that Doha should cut its relations with their perceived rival Iran.

According to White House statement, “The president thanked the emir for Qatari action to counter terrorism and extremism in all forms.” Trump’s gesture is considered important in Doha in the present circumstances.

The statement further said, “The leaders discussed areas in which the United States and Qatar can partner to bring more stability to the region, counter malign Iranian influence, and defeat terrorism.”

Meanwhile Qatari Emir’s meeting with Turkish President Recep Tayyip Erdogan was considered important at a time when US and Turkey were muscling power in Syria-Turkey border. Washington has been reportedly working to establish 30,000-strong army of Syrian Kurds, which may create trouble for Turkey as well Syria. Kurds in both the countries have been complaining of discrimination and demanding a separate country.

Turkey has been a close ally of Qatar during the blockade by deploying its soldiers to a military base and stepping up economic exchanges to help ensure supplies of necessary goods to the country. Iranian supplies have grown five times in Qatari markets after the blockade.

Saudi Arabia is the second closest US ally after Israel in the region. President Donald Trump had chosen Saudi Arabia for his maiden foreign trip where he finalized deal of $110 billion weapon deal. It is also supporting Saudi led aerial campaign against Yemen, the poorest Arab country where several thousand people have been killed and millions were facing death due to lack of food and medicine supplies.