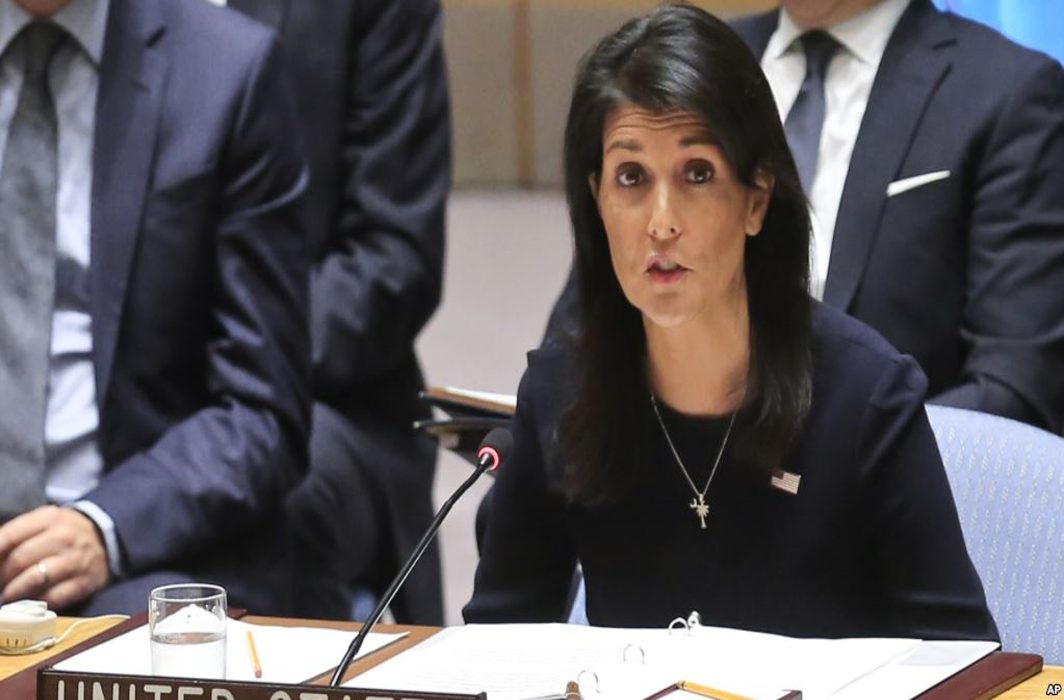 Amidst fear of triggering war in the Middle East, the United Nations Security Council witnessed escalating tension between US and Russia on the developments in Syria on Tuesday. Rival draft resolutions by the two veto- armed countries to set up a new expert body to probe chemical weapons attacks in Syria were failed to pass.

Russia first vetoed a US-drafted resolution to create a mechanism that would have the authority to assign blame for chemical attacks in Douma in Eastern Ghouta. Out of 15 UNSC members, 12 council members voted in favour of the US proposed text while Bolivia joined Russia voted against, and China abstained.

For passing a resolution needs nine votes in favour and no vetoe from any of the five permanent members: Russia, China, France, Britain or the US.

Al-Jazeera’s Mike Hanna reporting fromUn headquarters in New York say, “Russia contended it could not support the US proposal because it believed that it would lead to bias, and that it was aimed at undercutting what Moscow says is the democratically elected Syrian government.”

Aljazeera reports that “Moscow proposals had been around for a number of months now, but had never gained traction.”  The opponents of Russian drafted resolution believed that the proposed mechanism “would not be independent”, as its members would have been appointed by Russia, and that “the body itself would not be able to apportion blame or identify perpetrators”.

Unlike the US drafted resolution authorising the investigators for fixing responsibility of using the alleged chemical weapons, the Russian draft would have required investigators to report to the Security Council, which could then ascertain responsibility.

Meanwhile, Sky news has reported early Wednesday that US-led warplanes were patrolling a a low altitude over Syrian border town of Al-Tanf in the Homs province. Other reports have claimed that US=led coalition’s aircraft have been spotted in the Iraqi and Jordanian skies heading towards Syria.

On the other hand German news agency DPA has reported that the Syrian army has put all positions on high alert, including airports and bases, for 72 hours. The alert covers the military bases located in the provinces of Suwayda, Aleppo, Latakia and Dayer al-Zawr.

Amid the rising tensions, Russian ambassador to Lebanon Alexander Zasypkin told Al-Manar TV network on Wednesday that any US missiles fired at Syria would be shot down and their launch sites would be targeted. He has also accused Washington of using alleged chemical attack in Douma to prepare the ground for a military strike on Syria.