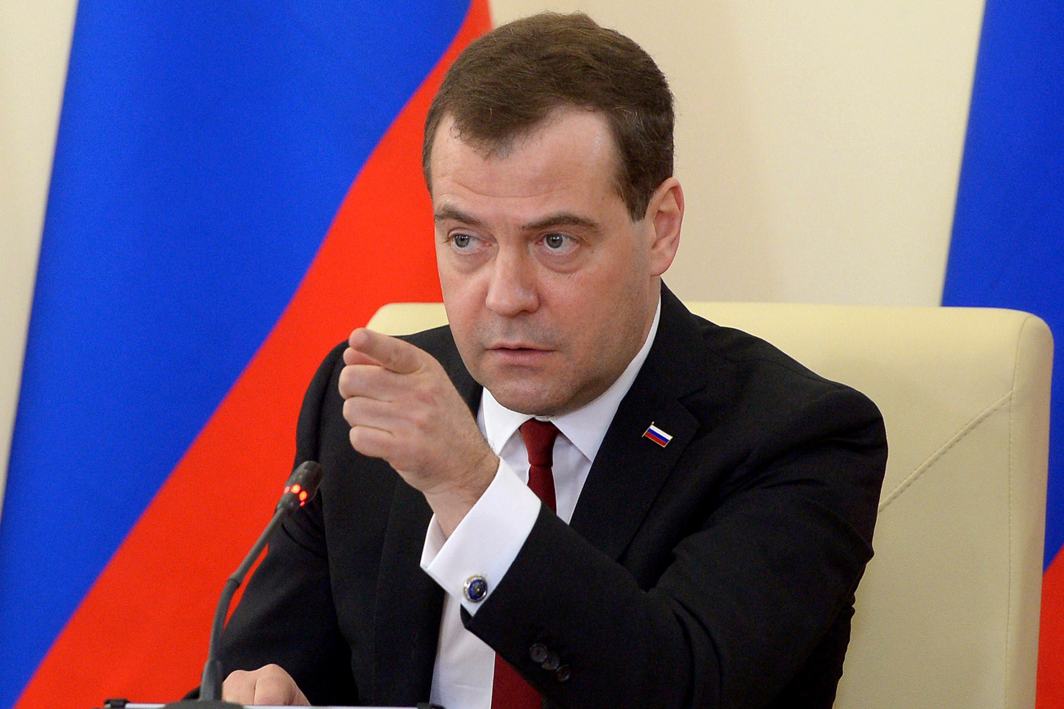 Trump says, despite concerns, signed for the unity of the country

The new sanction bill signed by US President Donald Trump on Wednesday against Russia, Iran and North Korea has triggered another war of words which may worsen the already tense situation across the world.

Russian Prime Minister Dmitry Medvedev, in one of his facebook posts on Wednesday described the US move as a humiliating defeat for Trump. “The American establishment has won an overwhelming victory over Trump,” he said. He emphasized that the stiff new sanctions amount to the declaration of an “all-out trade war against Russia,” but added that it will cope with the challenge and only get stronger.

“The hope for improving our relations with the new US administration is now over. Trump’s administration has demonstrated total impotence by surrendering its executive authority to Congress in the most humiliating way,” Medvedev said.

However, he expressed Russia’s determination to continue to develop and progress saying, “We will continue to work calmly to develop our economy and social sphere, deal with import substitution and solve important government tasks counting primarily on ourselves.” He said, “We have learned how to do it over the past few years.”

Reacting to the Congress passing the bill, last Friday, with overwhelming veto-proof numbers, Russian President Vladimir Putin had ordered expulsion of over 750 personnel from US missions in the country for bringing down their number to 450, equal to the Russians posted in their missions in US.

Earlier, in December 2016, Barrack Obama administration had expelled 35 Russian diplomats and shut down two Russian premises in the US after surfacing of  allegations about Russian meddling in the 2016 Presidential election.

The Russian foreign Ministry has also warned of possible new retaliatory measures saying, “We naturally reserve the right for other counter- measures.” It said that sanction bill reflects a “short sighted and dangerous” attempt to cast Russia as an enemy and would erode global stability. It further said that “no threats or attempts to pressure Russia will force it to change its course or give up its national interests.”

Meanwhile, Iran, another victim of the US sanction bill, has said that signing of first anti Iran sanctions by President Trump was an attempt to destroy the country’s nuclear deal with world powers.

This was announced by Abbas Araghchi, Deputy foreign Minister for Legal and International Affairs shortly after Trump signed into law a bill by Congress that imposes new sanctions against Russia, Iran and North Korea.

In July 2015, Iran and P5+1 group of countries – the US, the UK, France, Russia and China plus Germany signed the nuclear deal. As a result nuclear related sanctions were lifted against Iran in exchange of limiting its nuclear work.

The Iranian official was quoted saying, “The US’ main goal for imposing the sanctions against Iran is to destroy the JCPOA and we will react very intelligently to these measures.”

Araghchi said that a committee chaired by President Hassan Rouhani has taken several decisions regarding the reactions towards Washington’s provocative measures. He said that US move shows that US believes the nuclear deal has empowered Iran in the region. He noted that imposing fresh sanctions on Iran is an attempt to reduce Tehran’s benefits from the nuclear accord and to negatively affect its “successful implementation”.

Moreover, North Korea has also denounced the US “reckless move”.  The spokesman of DPRK foreign Ministry said on Thursday, “Unfortunately US still thinks that its military bluff would work, and it seems like the US has not yet realized that its opponent is a mighty nuclear power which is capable of smashing the US, an aggressor state into smithereens.”

The spokesperson further said that any form of military threat or blackmail by the US can never scare the DPRK and, on the contrary, it will only redouble the resolve of the Korean army and people to annihilate the enemy: “If the US is stupid enough to shove its stinky face on this land again and keep brandishing its nuclear club despite our repeated warnings, the DPRK will teach the US some manners with the strategic nuclear force that it had so far shown to the world.”

However, South Korea has hailed Trump’s ratification of the bill and voiced hope that it could quicken North Korea’s denuclearization.

Meanwhile, President Donald Trump, his bill for the sake of national unity.” He said, “Since this bill was first introduced, I have expressed my concerns to Congress about the many ways it improperly encroaches on Executive power, disadvantages American companies, and hurts the interests of our European allies.”