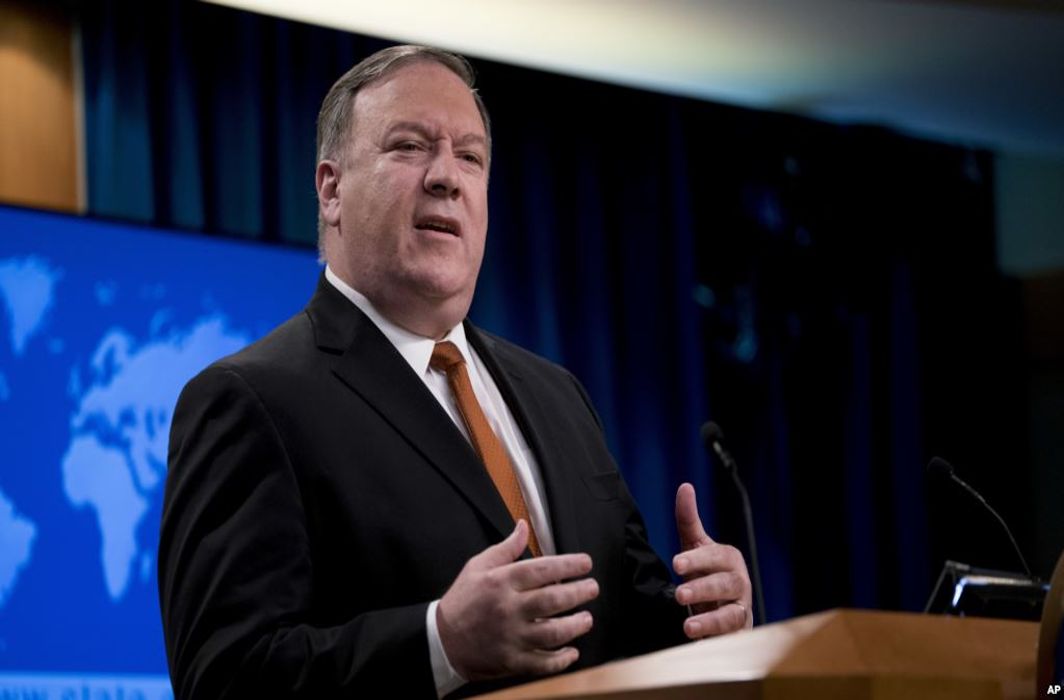 US Secretary of State Mike Pompeo has said that his country is still studying possible waivers of sanctions against countries or businesses that continue commerce with Iran after November 4, the day when second layer of sanctions will come into force against Tehran.

According to AFP, Pompeo, while addressing a press conference said on Friday, “There are still a number of decisions pending before the November 4th deadline that we gotta make about waivers, potential waivers.”

However, at the same time he maintained the US administration’s firm position toward Tehran, which is accused of interference throughout the Middle East.

He further said, “Come November 4th, there will be a fundamentally different set of rules” regarding “anyone who deems it necessary to engage in economic activity with the Islamic Republic of Iran. It is a big important day.”

Replying to a question, Pompeo said he did not know if sanctions would hit managers of Swift, the international financial messaging system, if they continue to deal with Iran.

The European Union, which continues to back the Iran nuclear accord, has tried unsuccessfully to obtain widespread waivers and many of its bigger companies have already pulled out of the country for fear of US penalties.

Moreover, Pompeo has also criticised his Obama-era predecessor John Kerry for “actively undermining” US policy on Iran by meeting several times recently with the Iranian foreign minister Mohammad Javad Zarif, who was his main interlocutor in the Iran nuclear deal negotiations.

He said Kerry’s meetings with Mohammad Javad Zarif were “unseemly and unprecedented” and “beyond inappropriate.”

President Donald Trump had late Thursday accused Kerry of holding “illegal meetings with the very hostile Iranian Regime, which can only serve to undercut our great work to the detriment of the American people.”

Washington seems to be still undecided on how to handle the situation and go ahead on imposing second layer of sanctions against Iran from November 4.

As recent as Thursday, Manish Singh, assistant secretary of state for economic and business affairs, told lawmakers during a Congressional hearing that US is prepared to take “strongest action” against countries and entities who are found not complying with the Iranian sanctions, including to zero the purchase of crude oil from Iran.

She said, “We are prepared to take the strongest actions possible on people who will not assist us in complying with this new range of sanctions that we are putting back into place,”

The US official said that US has told India and other countries to cut oil imports from Iran to “zero” by 4 November or face sanctions, making it clear that there would be no waivers to anyone.

She was responding to a question raised by Congressman Eliot Engel, asking “If any of the major buyers of Iranian crude, which is China, India, Japan, South Korea, and Europe, if they refuse to sharply cut their purchases, are we really prepared to cut their banks off from the global banking system, which is the penalty under the US sanctions? Are we really prepared for that?”

Manish Singh said, “In response, we are prepared to take the most serious actions possible on Iran. We need to demonstrate to the Iranian regime that we will not tolerate its development of a nuclear program for illicit purposes.”

“We are talking with all of our allies, including the countries that you mentioned, helping them to understand that the only way that we can achieve this global goal of Iran’s nuclear program not commencing is through partnership and cooperation with our allies as you have indicated,” she said.

Engel followed up another question saying, “China is Iran’s top, top oil purchaser. Will they get to zero by November?”

Manisha Singh responded saying that, “We are working with all countries, including China, to get them to zero. We’ve made it clear that unless we act as a global community, Iran’s behaviour is not going to change.”

Recently India and US held 2+2 dialogue involving Minister of External Affairs Sushma Swaraj and Defence Minister Nirmala Sitharaman from India side with US Secretary of State Mike Popmeo and Defence Secretary James Mattis on September 6. However, pressure is being mounted from Washington, but final word has yet to come, as indicated by Pompeo himself on Friday.

US administration, after withdrawing from multilateral Iran nuclear deal, also known as JCPOA, in May this year, has imposed first layer of sanctions against Iran in August while the second layer of stricter sanctions will be imposed on November 5.

However, there are indications from Washington that their officials could not make a final formula on how to impose sanctions against Iran for bringing down its oil export to “Zero level”. Tehran has also warned that if Iranian oil movement will be stopped then no other country will be able to export oil from the region.